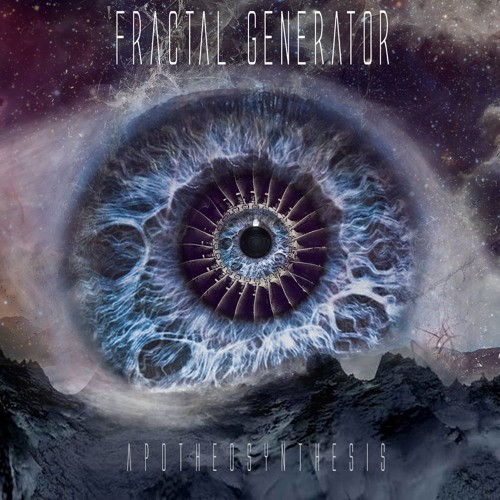 It may be fun to speculate about what all these names signify about the music, but I’m afraid we’re going to spoil some of the fun by premiering a Fractal Generator song from the new album. The song’s name is “Face of the Apocalypse”. It may not sound exactly like what you’re guessing. 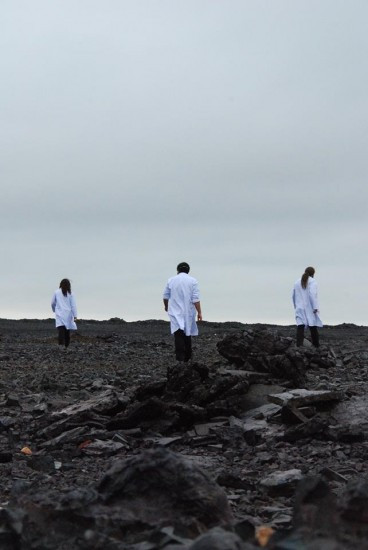 The song does display a lot of technically barn-burning fretwork and hyper-blasting drum technique, perhaps not completely machine-like but most definitely head-spinning — and I mean the kind of dizzying experience that simulates giving your brain a ride in a high-speed centrifuge. The song also includes some cold, eerie melodic elements that, when coupled with the instrumental exuberance, conjure images of alien technicians either constructing or dismantling some massive device or edifice beyond our understanding.

But that’s only part of the story. Because although there are certainly mechanistic, sci-fi qualities about the music, it also displays the kind of bestial death metal savagery that transports you not into the future, but into a kind of primordial past when kill or be killed was the rule of the day and everything was red of tooth and claw.

If you like what you hear, then keep your eyes pealed for the release of Apotheosynthesis via Bandcamp. That’s currently projected to happen on October 2. For more info, follow the band on Facebook here:

[This song stream is no longer available.]

3 Responses to “AN NCS PREMIERE: FRACTAL GENERATOR — “FACE OF THE APOCALYPSE””