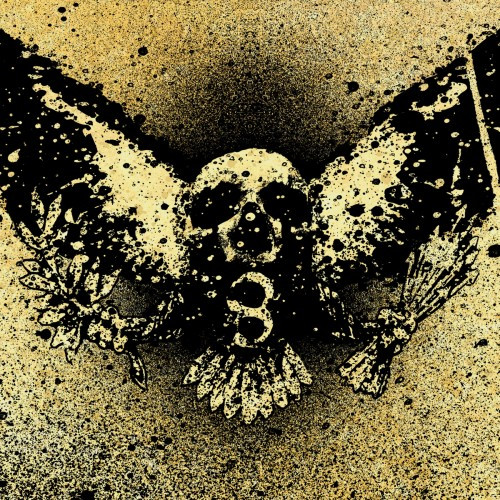 While I’m not the sort of music fan who usually pines for the “good old days”, there are certainly some sounds and styles in the realm of heavy music that are no longer “in”. I’m referring specifically to the early-to-mid-2000s when bands from Botch to Burnt By The Sun and a million others crafted highly volatile yet mercurial mixtures of hardcore and metal. This is the time period when I got into metal, and I was fortunate to catch many of those bands in their heyday.

Of all the bands crafting metallic hardcore crossbreeds around that time, one band still stands out for me, mainly because they never got the respect and appreciation their music deserved, unlike many of their much better known peers. That band, my friends, was the Atlanta based wrecking crew known as The Power & The Glory.

To give you a short amount of backstory, the group formed from the ashes of a band called Downpour and released a hard-to-find, out-of-date EP before delivering their magnum opus Call Me Armageddon in 2004 through Jacob Bannon’s (Converge) label Deathwish Records — with Jacob Bannon himself designing the phenomenal artwork for the record, which still stands as one of my favorite images by him ever. Luckily I was fortunate enough to snag a shirt featuring the album art on it when I got to see The Power & The Glory live about 10 years ago. It’s threadbare and worn now, but I still wear it anyways.

Lest I continue to wax nostalgic, let’s move on to the music. As mentioned above, the music on Call Me Armageddon straddles the line between metal and hardcore influences, often spicing things up with a vicious crust punk element. Beyond coming at you fast and supremely pissed off, Call Me Armageddon takes time to slow down in an almost angrier Neurosis kind of way on the album’s three brooding epics, “High Winds & Heavy Seas”, “East- There is Such a Lot of World to See”, and album closer “Year of the Fear”.

But what really makes this record one I can still come back to, and desire to hate-mosh about frantically to its sounds, are the incredibly unique and memorable guitar riffs and superb songwriting, which really elevates this album to a very fucking high place. That and the absolutely ravaging vocals of their frontman Ezra, whose style is akin to the throat-shredding raw vocals of early Dillinger Escape Plan, but louder, angrier, and far deeper. His vocal performance on Call Me Armageddon is fucking insane, and he pulled it off just as well when I saw him live as he frequently screamed himself red in the face over and over.

The only reason I can guess that The Power & The Glory are not spoken of in the same breath as their peers at the time, who are still remembered, is that they never released anything else after this record. Which is a shame, but this still remains one of the finest records I’ve ever heard. I know the point of this series is to recommend just a song or two, but this is a record that deserves to be heard in its entirety for full effect. So, I’ll embed the album from the Deathwish Bandcamp page below.

5 Responses to “THE REARVIEW MIRROR (THE POWER & THE GLORY)”