The multinational collective known as Enshine released their debut album Origin in 2013, a record that our reviewer DGR praised as “devastatingly beautiful”, one that “takes us to that snow-filled, cold, and desolate place where we sometimes long to be and lets us sit and watch the world move as it speaks to us.” Now Enshine have completed their second album, entitled Singularity, and today we bring you the premiere of the album’s first advance track — “Adrift” — in advance of its October 18 release.

Origin was packed with atmospheric songs capable of taking listeners outside themselves and transporting them to vividly realized spheres crafted by their own imagination. We chose one of those songs (“Ambivalence”) for our list of 2013’s “Most Infectious” extreme metal songs, and “Adrift” has quickly become a candidate for this year’s list. 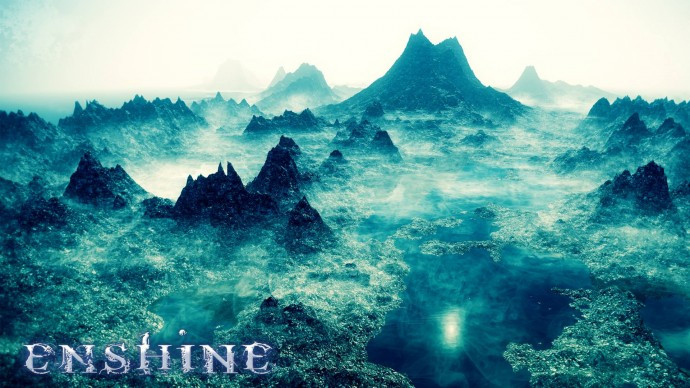 “Adrift” is a successful union of celestial beauty and crushing weight that we hope you’ll enjoy as much as we have.

Singularity will be released on October 18, 2015, in jewelcase and digipak formats by Naturmacht Productions/Rain Without End Records, as well as digitally on Bandcamp. The band have been posting pages from the album booklet on their Facebook page (along with hi-res wallpapers for the artwork), and it’s going to be a space-themed feast for the eyes. Go here to check them out — and you can also see some of the imagery in a preview video that the band released previously — which we’ve included below, right after the stream of “Adrift”.