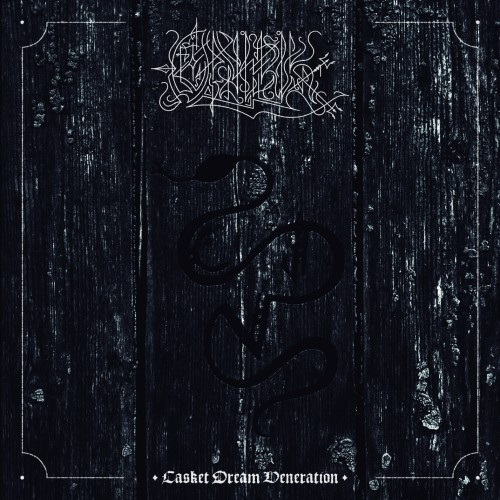 We metalheads may be different in some important ways from the people who don’t share our passion for abrasive, aggressive music, but in some ways we’re not so different: In our listening, many of us find comfort in what is familiar, and sometimes instinctively shy away from bands who have stepped off the usual beaten paths. But sometimes when that happens, the results can be exciting, even if the music is different and challenging on first listen.

Casket Dream Veneration, the new album by the Portuguese band Onirik, maintains a spiritual devotion to the traditions of black metal, but the band are definitely following their own path, and the music is a rewarding experience in part because it does sound different from much of the music that now travels under the black flag.

Take, for example, the track from the album that we’re premiering today: “Invocation and Defiance”. 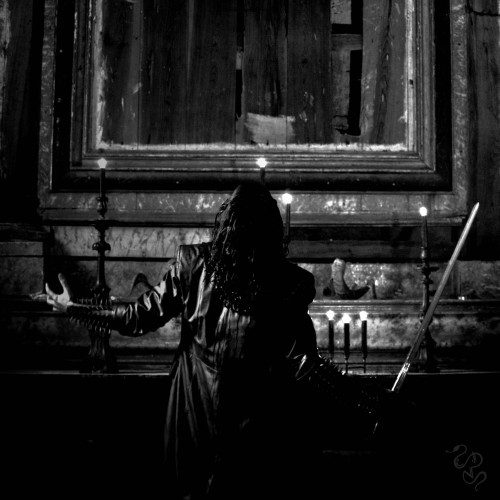 The mid-paced song has a methodical yet unusual, loping rhythm (eventually dropping into the tempo of a slow and stately processional) and a musical sense that combines discordance and melody in a manner that produces a dark and dreamlike atmosphere. The dissonant riffs and arcane lead guitar traceries are intricate and unpredictable, sometimes jarring and sometimes almost panoramic,  generating an aura of both dread and discovery.

The dreamlike nature of the music corresponds to what inspired it, as the band’s vocalist/guitarist/composer Gonius Rex has explained that the music is an elaboration of his own dreams and also serves as an entrance to “the true Hell, where everything is clear, where strength prepares you for subsistence, where you dance with the flames that elaborate, where reality is a dream and dreams are reality.”

His harsh, gritty, impassioned voice, which sometimes resembles a strangled croak, is something else that may prove challenging to some listeners, though anyone who is a fan of black metal will likely not be thrown off by his incantations.

Both mesmerizing and unsettling, “Invocation and Defiance” is an emblem of the nature of the album as a whole, though hardly a summing up of all the music within its eight tracks. It’s a fascinating records, and one we hope you’ll explore. (Below, I’m including one more song that premiered previously — “Reverent To the Flames” — which I wrote about at the time of its debut.)

Casket Dream Veneration will be jointly released on CD by Iron Bonehead Productions and Altare Productions on October 23. A vinyl edition with alternate artwork will be released before the end of the year. For more info, visit these pages:

3 Responses to “AN NCS PREMIERE: ONIRIK — “INVOCATION AND DEFIANCE””