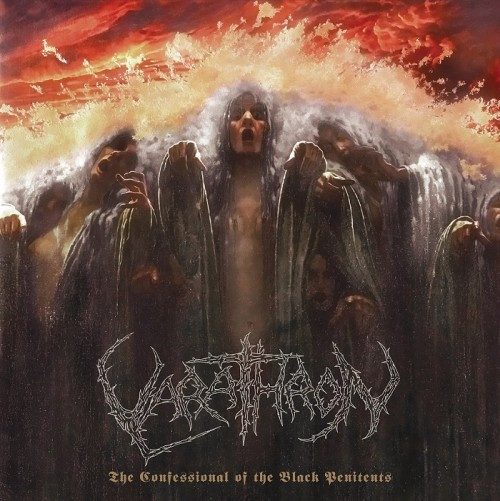 This is one of those mornings where I’ve accumulated a lot of music over the last couple of days that I’d like to tell you about, but I don’t have enough time to do all the telling. So I’ve picked only three new things, which is what I have time for, and I picked this grouping because they provide variety, which someone said is the spice of life. Because time is short, I will also have to hold my own descriptive verbiage to a minimum.

One item of exciting news that appeared in recent days was the announcement that the Greek black metal titans in Varathron have a new, seven-track EP named The Confessional Of The Black Penitents that will be released by Agonia Records on October 23. Apart from the prospect of new music from this excellent band, I also enjoyed the cover art, since it happens to be a painting by Swiss painter and printmaker Carlos Schwabe (1866-1926) that I’ve used before as one of the daily art posts on the NCS Facebook page.

In addition to the news about the EP, Agonia began streaming a new track named “Sinister Recollections”. It’s one of three new songs on the EP — the other four are previously released songs recorded live in Larisa, Greece, on May 16, 2015. 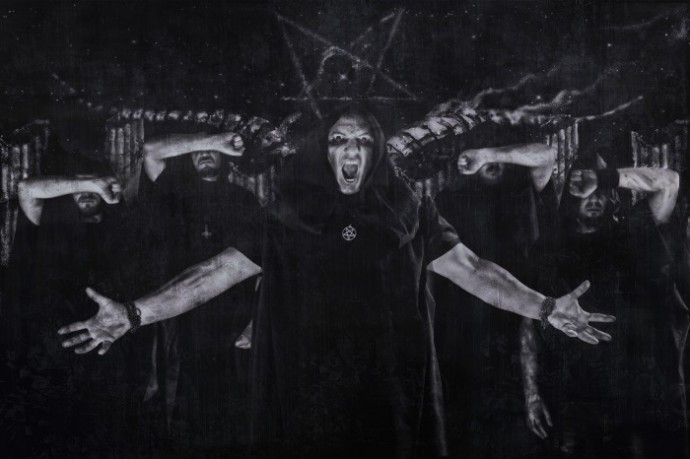 “Sinister Recollections” is excellent… which of course is why I’m including it in this post. Listen below.

The EP will be released in a variety of formats, as well as digitally, and can be pre-ordered HERE. 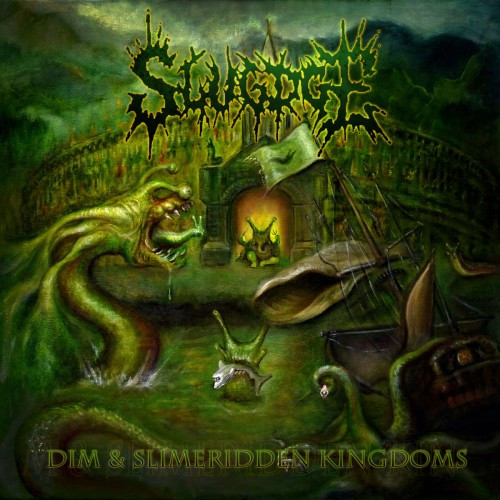 Last night I saw that the two remarkable emissaries of Mollusca (Kev Pearson and Matt Moss) who call themselves Slugdge had just released a new album named Dim and Slimeridden Kingdoms. By this morning I had received a slew of e-mails and Facebook messages from fans of the band, who know what a fat, slimy fan of them I am, too.

The album art is again great, and for that I bow my beslimed head to Zen O’Conor. Remarkably, Slugdge continue to provide their releases, including this one, as “name your price” downloads on Bandcamp. Stream it below, and if you like what you here, get the download at this location:

Because of the time compression to which I referred at the outset of this post, I haven’t yet had time to listen to the entire album. In fact, the only track I’ve heard is the title track, but holy hell, is it good. Check it out: 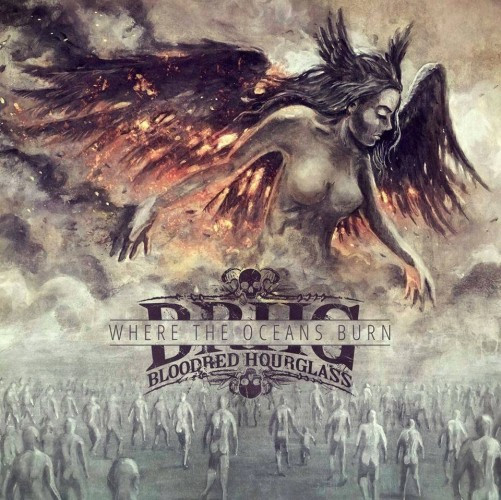 To round out this small collection, I’m turning to Finland’s Bloodred Hourglass, about whom I’ve written several times since first discovering them in 2012. Their second album, Where the Oceans Burn, is set for release on October 9 by OneManArmy (Wolfheart, Mors Subita).   It was recorded and mixed by Juho Räihä at Soundspiral Studios (Before The Dawn, Wolfheart, etc.) and mastered by Svante Forsbäck at Chartmakers Mastering (Rammstein, Amorphis, etc.).

Yesterday, Bloodred Hourglass released a video for a song named “Where the Sinners Crawl”. The style of play will be familiar to fans of that particularly Finnish brand of fast, keyboard-assisted melodic death metal epitomized by bands such as Children of Bodom. It put a big smile on my face. Hope it does that for you, too.

You can pre-order the album HERE.