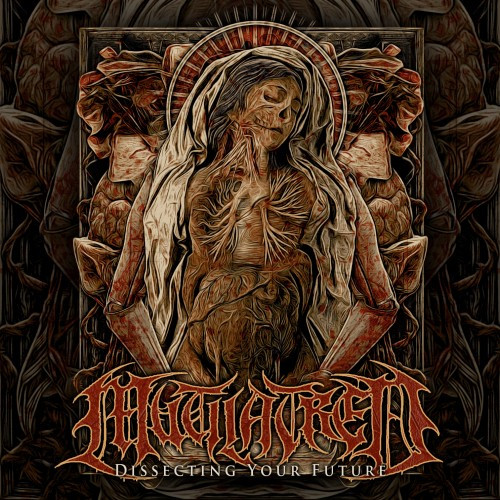 Mutilatred chose their name well, concocting a word that won’t be found in the dictionary but accurately conveys the sense of mutilating hatred that radiates from every song on their debut album, Dissecting Your Future. Today we bring you a full stream of the album in advance of its September 25 release by Seeing Red Records.

There’s nothing fancy about this music. It’s stripped-down, down-tuned, primal in its brutality, and remorseless in its delivery, combining an atmosphere of malevolent darkness and physically dismantling grooves, as if Incantation and Devourment had found a ground zero where they could jointly detonate an apocalyptic weapon. 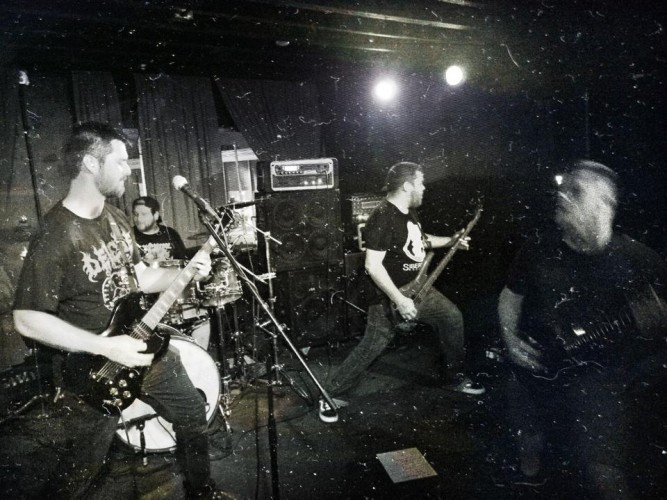 While driven by a kind of Neolithic primitiveness, Mutilatred nevertheless prevent the music from falling into a monotonous sameness, varying the pace and switching the riffs between gruesome grinding, freight-train chugging, pile-driving slams, and the kind of serpentine writhing that conjures images of a viper pit stirred into a fury. And with only two songs topping three minutes, they get in, lay waste, and get out in a hurry, adding a grind ethic to their death-dealing.

Enhancing the heartlessness of the music, the vocals are a mix of gruesome, cavernous gutturals and wretched vomit spew. And the drumming fuels the music with electric energy by combining skull-clobbering hammer blows and eruptions of snare-heavy fusillades that go off like gunshots, with enough force to punch holes through concrete.

With no frills and no mercy, Dissecting Your Future is all about delivering a death metal beating you’ll remember. You may have  to take your food through a straw after you hear this, but it will be worth it.

Mutilatred are from Toledo, Ohio, and feature former members of Premonitions of War and Serpent Speech. The complete line-up is as follows:

With cover art by Remy C. at Headsplit Design, Dissecting Your Future will be released by Seeing Red Records on September 25 and can be pre-ordered on CD and digitally here:

2 Responses to “AN NCS ALBUM PREMIERE: MUTILATRED — “DISSECTING YOUR FUTURE””