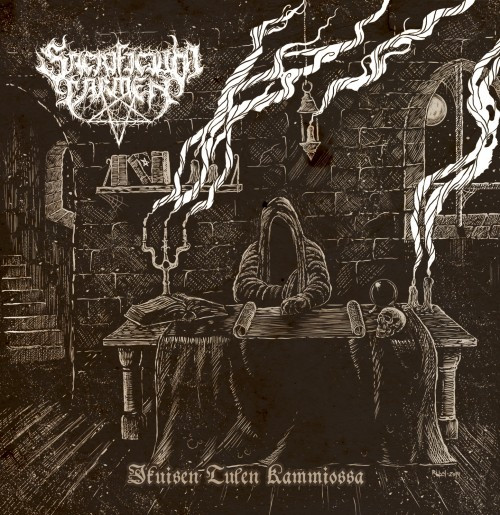 The first minute of the new song we’re premiering today by Sacrificium Carmen reaches out and seizes the listener by the neck immediately. Its huge, rolling riffs, massive drum strikes, and grim melody (both doleful and ominous) — capped by a protracted lycanthropic howl — compel attention and will get your head moving, too. And the song does nothing but tighten its iron grip as it continues to unfold.

The name of the song is “Verialkemia” and it’s the sixth track on this Finnish black metal band’s debut album Ikuisen Tulen Kammiossa, which is set for international release by Saturnal Records on October 30th. 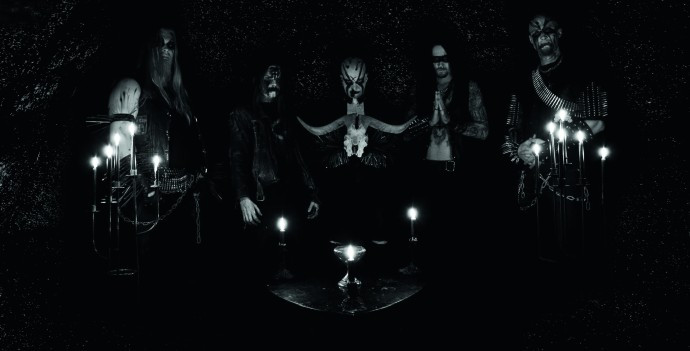 As the song continues to move in an almost stately progression, it continues to build an atmosphere of gloom and malevolence. But the band also work some riveting changes in the riffs and rhythms before the song reaches its finale, increasing the infernal ferocity and tempo of the sound while the vocalist’s voice rises into increasingly harrowing howls and shrieks.

It’s a powerful song, and a sign that although Sacrificium Carmen is a relative newcomer to the mighty Finnish black metal scene, they are clearly one to watch closely.

Ikuisen Tulen Kammiossa features backing session vocals by Spellgoth of Horna on the track “Öisen Haahkan Liekeissä”, and the cover art is by Ritual. The track list is as follows:

For more info, check these links, and to pre-order, go HERE.

And finally, if you missed the previous premiere of “Pimeän Silmän Goetia”, we’re including a stream of that one below “Verialkemia”.