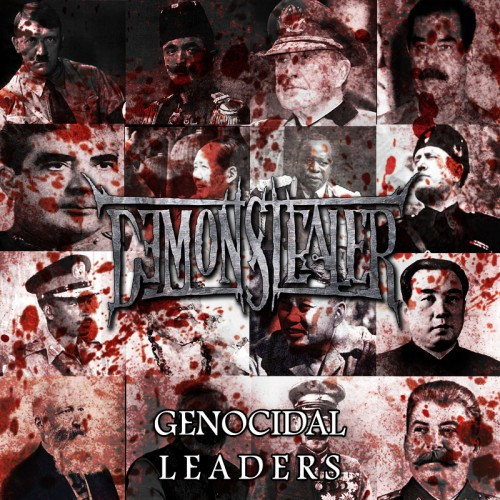 Demonstealer is best known as the frontman for India’s Demonic Resurrection, but what some may not know is that seven years ago he released a solo album under the Demonstealer name (…And Chaos Will Reign…) that was pretty damned good. And now he’s at work on a second solo album which will feature the phenomenal George Kollias of Nile on drums. Although the album won’t be ready for release until early 2016, today we’re giving you a taste of what Demonstealer has been cooking up through our premiere of a play-through video for a new single entitled “Genocidal Leaders“.

“Genocidal Leaders” is a real scorcher — a jet-fueled, supercharged thrash attack that may leave your brain in cinders. Demonstealer howls his rage with conviction, and his compatriots on the song turn in some eye-popping performances as well. And at the end of the video, for gear nerds out there, Demonstealer provides details about his rigs.

“Genocidal Leaders” was mixed by Demonstealer and mastered by Daniel Kenneth Rego. It’s now available for acquisition on the Demonstealer Bandcamp page (linked below), as well as on other digital platforms such as OKListen, Itunes, Spotify, etc.