Last night and this morning I engaged in an extended bout of metal listening and found not only a lot of new music I’m anxious to share with you but also some fantastic visual art. By chance, much of what I found is in a blackened vein, and so once again I’ve collected these discoveries in an installment of this irregular Shades of Black series. I have a lot to throw your way, and so it will come in at least two parts, with the other(s) headed your way on our site tomorrow.

It’s not an understatement to say that my NCS comrades and I are huge, slobbering fans of this Norwegian band. Okay… I guess I’m probably the only one who actually slobbers… the others just sweat a lot.

Anyway, I’m excited to spread the news that Vreid have now divulged some additional details about their new album and have also today premiered a video for the album’s title track.

The name of the album is Sólverv, it will be released by Indie Recordings on October 9, and it features cover art (visible at the top of this post) by the talented Kim Holm. There’s also separate artwork for the title track: 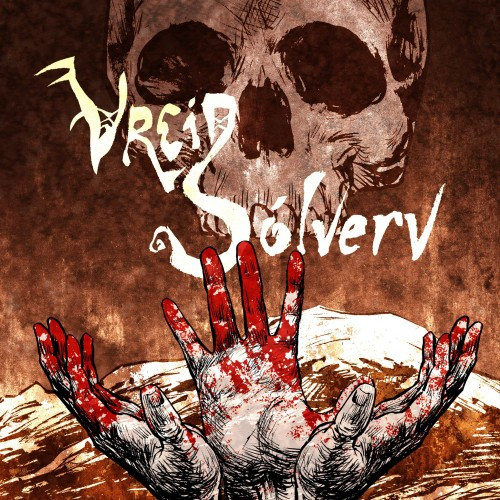 The band’s bassist Hváll had this to say about the song featured in this new video, which includes animation by the same Kim Holm:

”’Sólverv’ is the title track from out new album, and I can say with all honesty that this is a milestone track from Vreid. This song defines all of our work, and feels like our strongest accomplishment to date.”

The music is indeed a black metal storm front, racing and ripping from the start, but it also displays Vreid’s well-established talent for crafting melodic hooks. In addition to some excellent lead-guitar and solo performances, the song also seques into a grim, black ‘n’ roll riff-fest (which is the point at which Kim Holm’s animation in the video really takes off). Really looking forward to this album.

Sólverv can be pre-ordered from Indie Recordings HERE. Catch the video below. 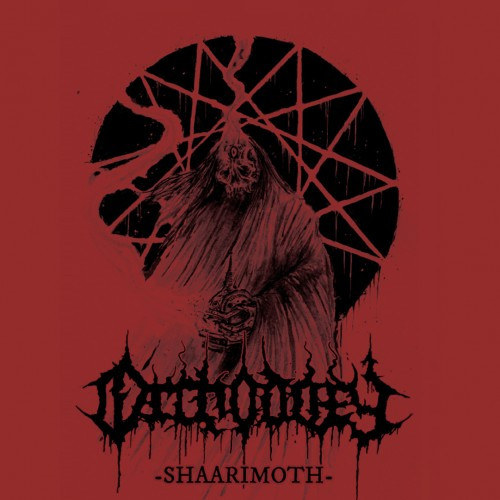 I have my Serbian friend “M” to thank for tipping me to this next release. It’s name is Shaarimoth and it’s the debut demo by a one-man Spanish band named Orthodoxy. That one man (NTN) has quite a resume, which includes participation in such other bands as Domains, Devotion, and Profundis Tenebrarum — but the music on Shaarimoth is distinctively different from those other projects, as good as they are.

The music here is a fusion of black and death metal that’s undeniably ravenous and bestial in its murky atmospherics, whether it’s clawing at high speed or crawling like some wounded behemoth. The vocals are heartless and horrific; the riffs have an occult, magnetic power; and the oppressive, noxious cloud of poison generated by the music is laced with hypnotic, otherworldly melodies and pierced by stunningly deranged soloing. 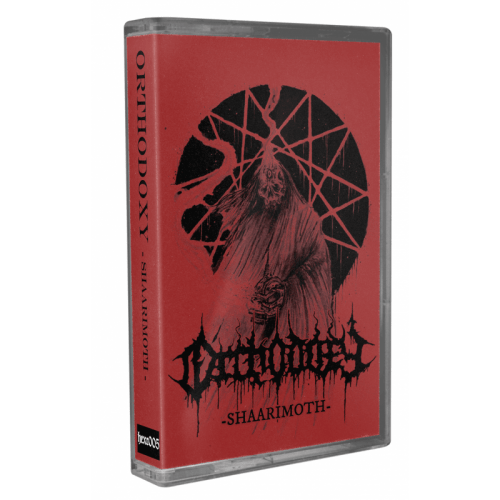 The first, third, and fifth tracks are disturbing ambient pieces transmitted from the cold void; the meat of the matter comes in tracks 2 and 4 — or rather, you are their meat, to be tenderized and consumed raw as you listen. My favorite is “Threshold of Ominous Death”, in case you want something to use as a test.

Shaarimoth was released on September 15 by Barcelona-based Hexed Cemetery Records, both digitally via Bandcamp and on cassette. Stream it next… and prepare to be devoured.

Ur Draugr are from Perth in Western Australia and the band’s ranks include past or present members of Impiety, Wardaemonic, DeathFuckingCunt, and Morphica. When I last wrote about the band in January of this year (here), it was to review their just-released EP, The Wretched Ascetic — which I still highly recommend if you haven’t yet discovered it (and I’ve included the music stream below).

That EP featured some truly striking artwork by Jeff Chistensen, and now Ur Draugr have just revealed still more of his artwork — which will accompany the band’s forthcoming album With Hunger Undying. The first piece below is entitled “The Monolith” and the second is “The Shepherd”: 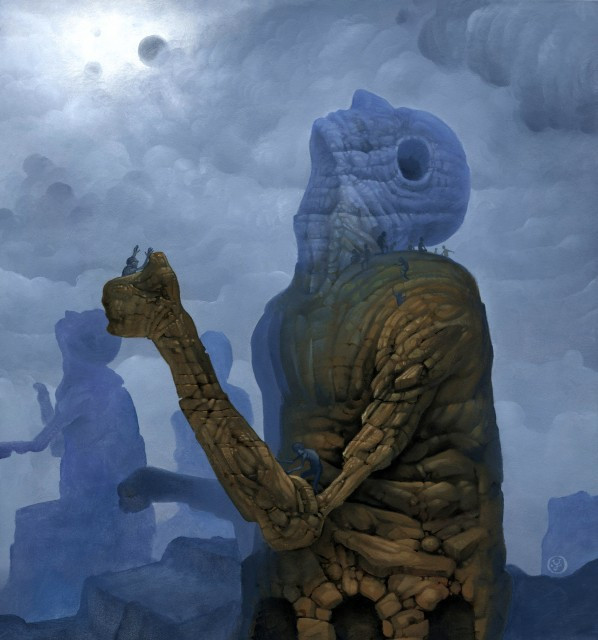 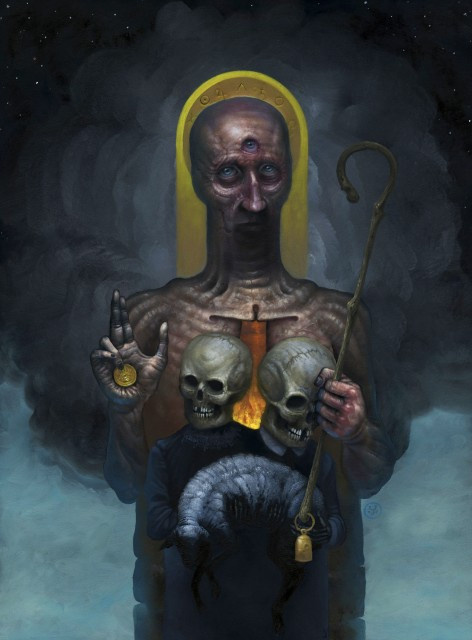 We look forward to bringing you music from the new album when it becomes available. For now, check out that EP, which has been re-issued on CD and is now available via the first link below, as well as on Bandcamp. 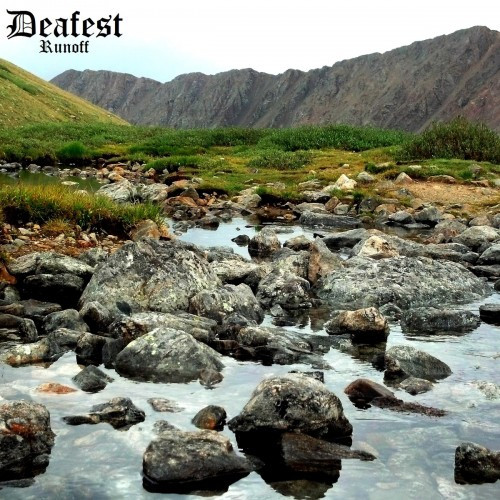 I owe another thank-you to my friend “M” for recommending this next release. It’s by a one-man Colorado band named Deafest (multi-instrumentalist Chase Ambler). Deafest has released three full-lengths and a vast number of splits and EPs since 2008, but I had not listened to any of the music until discovering one of the compilations curated by Chase Ambler for the Black Metal Alliance in February of this year (featured on our site here).

The latest Deafest release is Runoff, described as “a water concept EP” consisting of three songs that “follow water runoff as it travels down the mountain from the headwaters, through the forests, and ultimately into canyons below.”

Deafest is an instrumental band playing in a style that’s hard to define — perhaps melodic/atmospheric/progressive black metal, or maybe someone would call the music “post-black metal” (this EP also includes a solely acoustic middle track). But you really won’t miss the vocals on this EP — the songs are so astutely composed and so beautifully performed that they will have you in their grip from beginning to end.

The songs do move like rushing water, and you ride their course through a variety of soundscapes as your imagination takes flight. It’s pulse-quickening, mesmerizing, highly memorable music and a great discovery.

Runoff was mastered by Paul Ravenwood (Twilight Fauna), it was released last month, and it’s available digitally on Bandcamp now. It will be released on tape by Cultvred Collective, and that can be pre-ordered via the second link below.