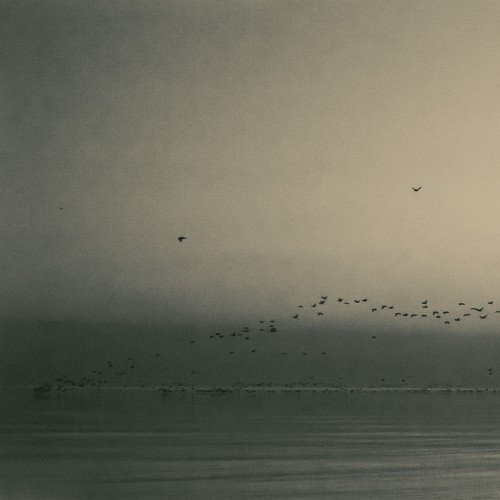 Following their 2013 debut album Yesterday’s Graves, Calgary’s The Weir will soon be releasing their second full-length, Calmness of Resolve. It’s a four-track album (of over 40 minutes in length), and today we give you the chance to hear one of the new songs, a crusher named “No Fate”

In one sense, the song is like the photograph chosen for the album’s cover. There are aspects of beauty in it; it draws you in; but it’s also desolate and bleak — and the song begins to cast a long shadow right from the start with slow, groaning riffs, methodical tumbling drums, and a prolonged shriek of feedback. You’re at the start of a slow-motion train wreck, though you may not realize it yet. 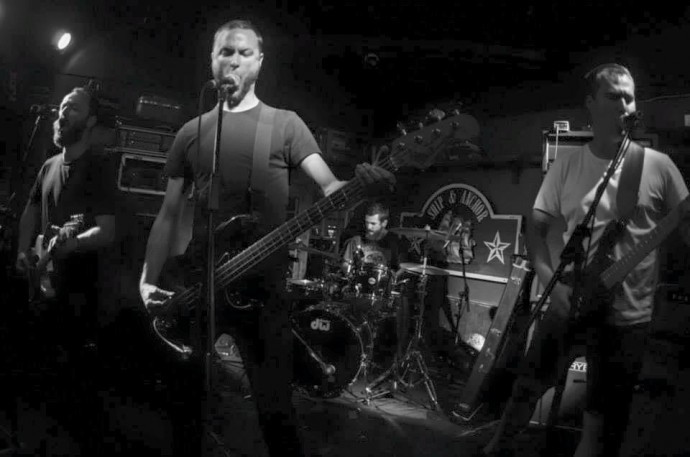 Dismal, distorted chords pick up the rhythm, and a mix of voices enter the picture — a mix of roars, howls, and anguished yells that deepen the sense of despair and emotional downfall. The pace becomes even slower, the music carried by reverberating guitar notes and the spaced gunshots of the drums. The melody that now enters the picture casts a mood, something like a wistful but resigned meditation on a life about to end, with little to show for it — solemn, entrancing, narcotic, and doomed.

The huge, pounding riffs come back to the song, along with a bereft dual-guitar harmony, and at the end it jolts into gear and becomes… simply pulverizing.

There are three more songs on Calmness of Resolve — “Rust In Blood”, the title track, and “Old Country”. They are equally powerful — sometimes projecting panoramic vistas of blasted landscapes, sometimes dragging the listener into deep sinkholes of congealing tar, sometimes casting spells of forlorn and heart-aching beauty, sometimes rolling like massive tank attacks, sometimes bringing down the house (and its foundations) in cataclysms of soul-crushing destructiveness. The album is a sludge/doom powerhouse that should not be missed.

Calmness of Resolve will be released via Bandcamp on October 17, on tape by Hearing Aid Records on October 23, and on vinyl next year through Saskatoon-based Sunmask Records. “No Fate” awaits below…