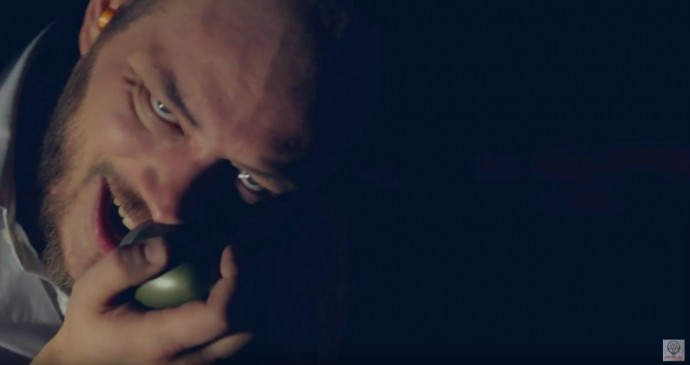 Although I never managed to write a complete review of Vulture Industries’ fantastic 2013 album The Tower, I did write about every one of the three songs that premiered before the album’s release and chose the title track for our site’s list of 2013’s “Most Infectious” Songs, so that counts for something. The album is a strange and wondrous creation that sounds like nothing else I heard the year of its release — or since then either — and so I’m delighted that we have the chance to help premiere a new video for yet another song from the album:  “Blood On the Trail“.

Apart from the fact that the song kicks large quantities of ass, the video was made by one of our favorite visual creators, Costin Chioreanu (who leads a damned good band himself [Bloodway]). Here’s what Vulture Industries had to say about the high-energy video: 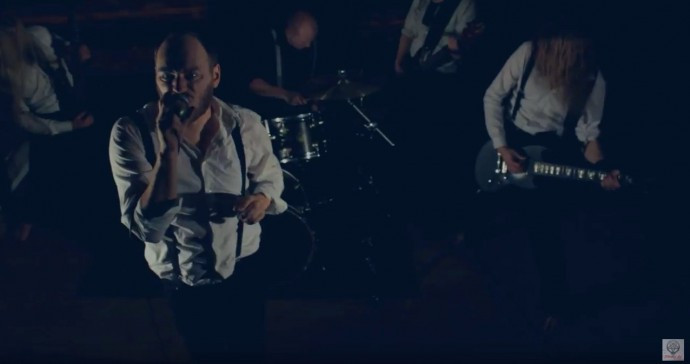 “We have commissioned this video as a sort of final call from The Tower before moving on to new undertakings. The clip was made while building the set for ‘The Babylon Spiral Show’ as we had a day left with our artist Costin at the end of that time. Everything was shot inside the airtight live room of our studio, and I can reveal that hours of filming with stage lights and many people inside a confined space really turned out hot and nasty! We hope you enjoy this video and meanwhile we will continue to tinker with new songs for the upcoming album.”

If this is the video swan song for The Tower, it’s a fine way to close the chapter. “Blood On the Trail” jabs, it jolts, it dances, it soars on the wings of Bjørnar Erevik Nilsen’s remarkably versatile voice, it includes a delicious guitar solo — and it hurtles along in the fast lane from start to finish.

So, enjoy the video, begin preparing yourselves for something new from this creative band from Bergen, and if you haven’t yet discovered The Tower as a whole, do that below the video stream.

3 Responses to “AN NCS VIDEO PREMIERE: VULTURE INDUSTRIES — “BLOOD ON THE TRAIL””