(Austin Weber introduces our premiere of the lethal and fascinating new album by Scotland’s Zillah.)

As most of our readers are probably already aware, Scotland’s own death metal savants Zillah are a band we here at NCS really enjoy. Before the full album stream for Serpentine Halo that you’ll find below, we had previously exclusively premiered both album opener “Therefore I Am” and track three, “Made Flesh And Bone”. We are very proud to be able to let you hear the whole record ahead of its official release date this Friday.

Both of the songs we previously premiered offered an experience akin to injecting pure adrenaline and hatred directly into your skull. Yet calculating full-throttle rage is far from the only mode that Serpentine Halos cycles through. Several tracks that make up much of the second half of the record such as “Karras”, “Man Son Of Swine”, “One Thousand Stones Thrown Pt. 1”, and closer “He Who Knows All” temper their steamrolling nature with an experimental and brooding side that weaves in and out of the faster moments. This really adds a lot of dynamic tension to Serpentine Halo that really expands Zillah’s songwriting palette beyond the typical death metal focus on speed as a weapon — although the album’s other rage-centric numbers, which include “Something Done Cannot be Undone” and “Not All Of Me Shall Die”, are electrifying highlights as well. 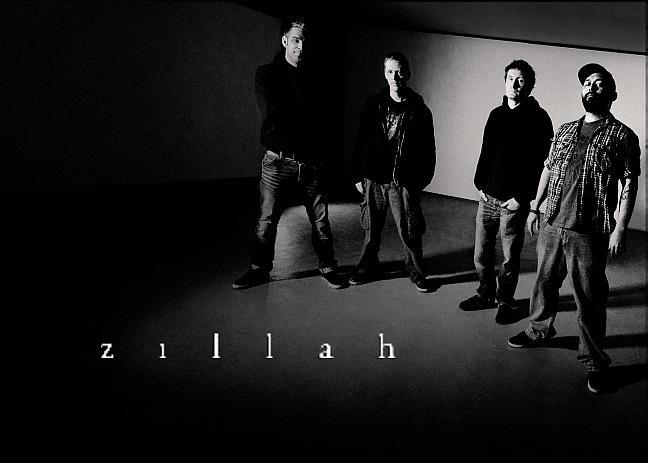 As for where this falls along genre lines, it’s an amorphous beast. It’s a technical feast of elastic and spastic riffing, stuttered and frenzied drum beats, gritty bass lines, and howling shouted growls — but it doesn’t really gel with the typical idea of technical death metal. It definitely embodies the bombastic approach to assaulting your senses common within that genre, though delivering that experience from a much harsher, Gorguts-type angle, if Gorguts were far noisier and chaotic than they are.

The biggest way the album steps away from that sound, though, is to be found in its primarily dissonant and dark focus, devoid of any upbeat melodies or flashy solos. In this sense, it shares some characteristics with the modern dissonant black and death metal wave that has become increasingly popular of late. But Zillah have been playing this type of sound long before the current wave. Their last record prior to this, Substitute For A Catastrophe, arrived in 2006 and proves how far ahead of the curve they were.

And Serpentine Halo is in no way a lesser record. It stands on its own as a strong and imaginative follow-up worth the investment of time and money. Serpentine Halo is the perfect soundtrack for our daily ills, and also as an excellent piece of audio catharsis in which to lose yourself during those days and moments when hatred is the only thing you feel.

Pre-order the album now via the Bandcamp link below.