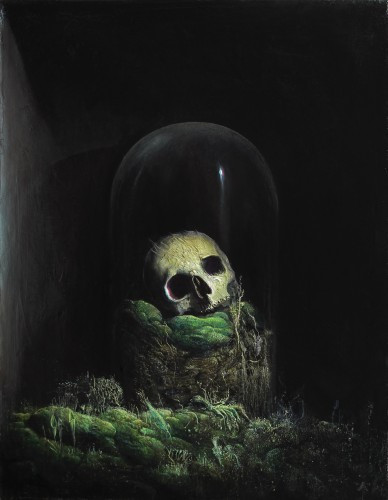 (In this unusual edition of The Synn Report, Andy Synn brings us reviews of albums by three one-man bands.)

This particular edition of The Synn Report is going to be a bit of a strange one, as it actually contains three different bands instead of the usual, singular focus on a single artist.

Why, you may ask? Well to be honest I wanted to write about all three of them separately but, for whatever reason, was struggling to find the right angle of attack by which to approach them as separate entities.

Thus it was only when I realized the obvious fact that they each had one thing in particular in common –that each “band” is really the solo project of a single individual – that I found the necessary ideological crowbar that allowed me to finally crack this column.

So please, after the jump, enjoy the immersive instrumental cosmology of Widek, the experimental Cascadian naturalism of Stellar Descent, and the prolific sonic nihilism of Voidcraeft. 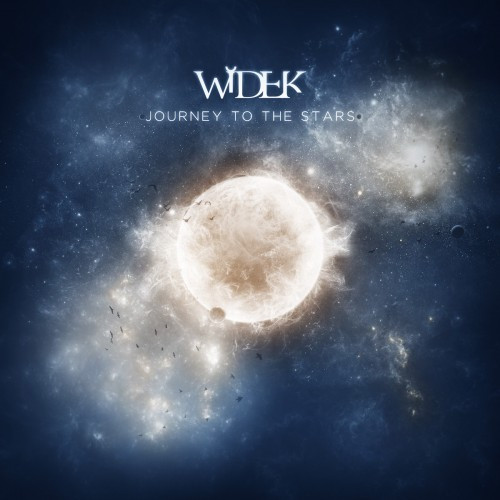 Recommended for fans of: Scale the Summit, Animals As Leaders, Scar Symmetry

You know what really grinds my gears? Seeing bands willfully abuse and misuse the word “Progressive” in a calculatingly disingenuous attempt to garner themselves some added critical credibility, loudly talking the progressive-talk, without being able to walk the progressive-walk.

Thankfully, Polish cosmonaut Widek (aka Maciej Dawidek) and his particular brand of intricate instrumental Metal most definitely earn the “Progressive” tag through an intriguing blending of a number of different styles and sub-genres, as well as through his frequent use of complex, multi-layered harmonies and intricately composed riff-work.

The very first proper Widek release, 2011’s Multiverse EP, is a fine showcase of the man’s already impressive talents, with tracks like the juddering, hook-loaded “Ghost Resurrection” and the multi-textured and gloriously layered “Enter Through The Sun” already demonstrating his keen grasp of the dynamic balance between power and melody, harmony and counterpoint, ethereal beauty and surprisingly dense heaviness.

The follow-up release, Aurora Borealis, is as captivating and multi-hued as its namesake… though also several notches heavier than its predecessor, particularly during the low-strung, mechanized grooves that underpin the title-track and its nimble, dancing solo work, and the hi-tech Death Metal rumble of “Dark Matter” and its ever-so-slightly Djent-tinged delivery.

The six minute “Skylight” is the EP’s crowning achievement, however, a masterclass in taut, technical riffage and soaring, spiraling, firecracker soloing that takes the listener on an undeniable journey beyond the stars.

The first full-length Widek album, Outside The Universe, expands the melodic and atmospheric side of the band’s sound even further, beginning with the subtle “The Space Between Us” and the hypnotically beautiful “Above The Sky” (which is backed, in places, by some truly massive sounding riffery).

Both “Spiral” and “Galaxy” seek to fulfil the nascent Progressive promises of the Djent scene by using a plethora of fluctuating, elasticated riffs and shining melody lines to weave a sense of epic atmosphere and mood, while “Orion” pins its proggy colours to a forward-thinking, almost linear song-structure that builds from meditative ambience to a stunningly effective, Post-Metal style finale.

“Cosmic Ocean” is another stellar mixture of clanking, low-slung riffage and scintillating lead guitar pyrotechnics, whilst “Ion” sounds more akin to media-darlings Tesseract if they were stripped of all the melodrama and pretension (that’s a good thing, by the way).

Though the rest of the album’s second half is perhaps not quite as captivating – “Saturn” has a truly fantastic solo, but the riffs that make up the backbone of the track feel very familiar, whilst the addition of clean vocals to the re-recording of “Enter Through The Sun” actually end up making the song seem more typical, and much less interesting – it still has a lot to offer, particularly in the form of the shamelessly infectious “Falling Universe” and the surprisingly tender and heartbreaking soundscapes of final track “The Astronaut”.

The most recent Widek album, Journey to the Stars, was released in April of this year, and shows the Polish wunderkind continuing to progress, erring ever so slightly more towards the more textured palette of Scale The Summit in places.

Fittingly, that band’s own Chris Letchford appears on “Mira” the album’s utterly illuminating and uplifting opener, adding his own particular brand of fretboard magic to the song’s agile cosmic ballet.

The stutter riffs of “Earthshine” jerk and jangle their way towards a frankly mindblowing solo, although for me the contemplative calm and introspective heaviness of “Chara” make a much stronger and longer-lasting impression.

“Orion II” picks up right where its proggy predecessor left off, packing a wealth of keenly focused riffage and majestic melodies into a tight three-minute package, while the subsequent melodic cascade of “Nova” builds towards a densely layered and surprisingly heavy second half.

“Sirius” is another Scale the Summit-esque instrumental journey, albeit one displaying a bit more of an atmospheric Post-Rock influence (and a much more dense, low-tuned backbone), although follow-up “Parallix”, by way of contrast, errs more towards the Animals As Leaders brand of fret-wandering djentstrumental wizardry.

The sublime “Rana” is one of the most soothing and invigorating compositions on the album, while the shamelessly ostentatious (and undeniably brilliant) Prog-Metal odyssey of “Canis Majoris” – almost seven minutes of eye-catching, ear-pleasing sci-fi spectacle — is about as close to a masterpiece of style and substance as you might want (though the subsequent re-recording of “Ion” from the previous album brings in yet another unnecessary helping of utterly predictable, if well-intentioned clean vocals that actually work to the detriment of the original). 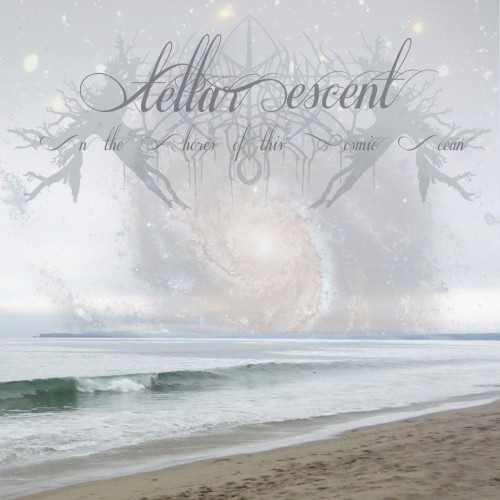 Recommended for fans of Wolves In The Throne Room, Altar of Plagues, Agalloch

One-man Cascadian Black Metal act Stellar Descent is something of an oddity, in many respects. Though he has three full-length “albums” to his name (and you’ll understand why I put the term “albums” in quotation marks shortly), along with a number of splits and side-releases, he has a habit of putting out his material in an unfinished form via various different sources, well before the final product has been completed. Thus, keeping track of his actual catalogue can be a little bit tricky, as you may well come to discover.

It’s definitely worth putting in the effort though, as Stellar Descent’s particular brand of nature-worshipping Black Metal is an extremely immersive one, experimenting with form and structure in the creation of a sequence of vast, esoteric movements.

The debut “album”, Accretion, for example, is in fact a single 48-minute song which incorporates waves of bristling dissonance and soft, liminal ambience into a gorgeous patchwork sequence of thorny blackened riffage, rippling acoustic string work, and raw, primal vocals, ebbing and flowing like the rising and falling of the tides.

Follow-up Farallon: A Sequence of Subduction and Orogeny expands upon this, adding a more dreamlike vibe to the proceedings (albeit a dream constructed of layers of buzzing, hissing distortion and glimmering, glistening melody, all intertwined in a seamless and imperceptible embrace).

And the almost 40-minute “Nevadan” (part of the Orogeny split) is perhaps the most mesmerising thing that has been put to tape under the Stellar Descent name, its enigmatic melodies chiming and gleaming with crystalline clarity in amongst a raging torrent of gritty distortion and electrifying power.

The more experimental, even slightly psychedelic, Fading is over an hour long, and features inspiration and field recordings taken from vast flights of migrating wild fowl witnessed over the Pacific flyway. This might seem odd, at first glance, but when you’re immersed in the hazy, twilight atmospherics and primal, reverb-drenched fury of the track, I’m sure you’ll come to understand and appreciate the essence and the nature of the music found here.

Stellar Descent’s latest release, the hour-long On The Shores of This Cosmic Ocean, features a resurgence of primordial fury alongside some of the most captivating folk-ish melodies and stunning acoustic guitar work that the band have ever recorded and, like its predecessor, simply features too many magical moments to go into detail about them all. Suffice it to say that this is a piece of music that embraces and envelops you, and carries you away with it to a place beyond space and time… even if only for an hour.

One quick glance at the Metal Archives page for Germany’s Voidcræft should immediately clue you in to one of the reasons why I’d been struggling to get a handle on his music in order to incorporate it into an edition of The Synn Report… he’s just too damn prolific!

As you can see, since 2013 his output has included three full-length albums and twelve EPs, incorporating (amongst other things) experiments with micro-tuning, quarter-tone riffs, complex speed/tempo changes, and a heap of critical self-analysis along the way.

What makes this particular back-catalogue even more difficult to write about is the fact that each release (available for free download on the Voidcræft Bandcamp page) comes complete with several paragraphs of analysis and criticism of his own work, offering insights into the creative process behind the music – all delivered with a refreshingly blunt sense of honesty and lack of pretension – as well as acknowledging and illuminating the various literary and philosophical influences that inform each release.

So, if the man himself already offers up an in-depth look at his own back-catalogue, what then is there for me to add?

Not much, to be honest… except maybe a few recommendations of my own, and some encouragement to spend some time getting to grips with Voidcræft’s particularly foul and dissonant brand of blackened savagery.

The three full-length albums – 2013’s Ascetic Elite, 2014’s Negation Made Flesh, and this year’s skin-crawlingly Deathspell-esque Ἕβελ – are all required listening of course, each one serving as a truly unnerving statement of identity and intent, though for my money Negation Made Flesh is probably the best of the bunch. There’s just something about it that’s… I’m not sure… hookier (?) than the other albums. Though this is perhaps splitting hairs really, as none of the albums is “hooky” in what you might call a traditional sense. It’s more a case that I find the barbed riffs and unconventional twists and contortions on Negation… to be that little bit more virulent and contagious, despite being no less abrasive and dissonant than their corrupted counterparts.

All three albums, and the multiplicity of EP releases, are available for Free Download over at the official Voidcræft website, though currently only Ἕβελ is hosted on the band’s Bandcamp page:

Speaking of Voidcræft’s penchant for releasing multiple EPs, both of his most recent short releases, 2014’s Nausea and the extremely new Visceral Practices are both up for streaming over on Bandcamp:

With the former in particular catching my ear with its more brittle, blackened feel and stripped-down, less linear song structures.

I’d be remiss though if I didn’t also recommend some other favourites (though “favourites” seems like the wrong word to use here… as this isn’t music you enjoy, so much as endure).

In particular I’d single out Not Wanting Is Power (although the author notes his dissatisfaction with many aspects of the release, there’s something wonderfully, hideously “alive” about the whole thing to my ears), as well as the more mechanical, bile-soaked tones of Aversion, one of his earliest concoctions and one which errs more towards the dense and alienating side of Blackened Death Metal.

I’d also highly recommend the single-track, 25-minute Verbal Carrion EP (which you can sample below) with its unholy mix of torrential, spite and disease-ridden, ambient dread.

As I’ve said, all releases composed and constructed under the Voidcræft name are available for download from the band’s website below, along with some fascinating insight into the processes and influences behind each release.