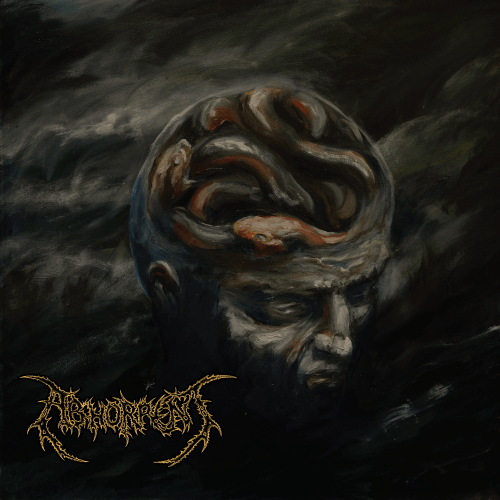 Abhorrent are a death metal band whose members include bassist Erlend Caspersen from Spawn of Possession, drummer Lyle Cooper (Absurdist, ex-The Faceless), guitarist Marlon Friday (Absurdist), and vocalist Nick Brown. Their debut album Intransigence will be released by Willowtip Records on November 20th. We’ve already praised an advance track from the album named “Ifrit”, and now we bring you another: “A Lightness of Mind“.

This new song features guest vocals by Mephistopheles’ Matthew “Chalky” Chalk (ex-Psycroptic), and he’s not the only notable guest who contributes to the album: It also includes performances by Trevor Strnad (The Black Dahlia Murder), Malcolm Pugh (Inferi, A Loathing Requiem), and Antonio Ascencio (Serocs). And as you can see, it’s adorned by cover art from one of our favorite metal artists, Timo Ketola. 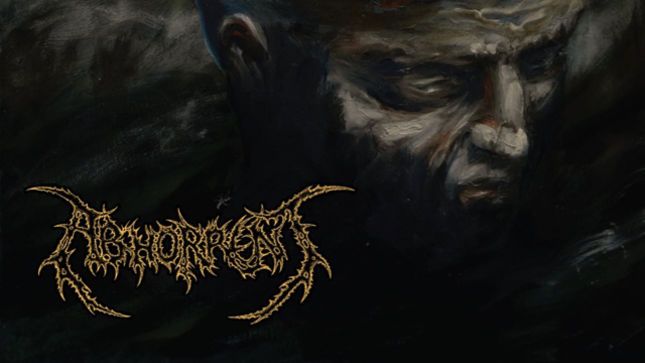 The title of the song may seem ironic — because the music is anything but light, and it’s unlikely to induce a feeling of lightness of mind. On the other hand, mental agility would certainly be a plus when you try to follow the head-spinning instrumental acrobatics of this band.

The music moves at the pace of a cheetah and darts, dives, and ascends like a flight of swallows. It booms, squirms, jabs, rocks, and rends with razor-edged claws. It’s both nimble and neolithic, tangled and tortuous, somersaulting and sinister.

Capped by barbarous vocals, the music is technically jaw-dropping (and produced in a way that you can fully appreciate each performer’s skill) yet as vicious as death metal should be. And perhaps most surprising of all, you may find that after this rocket ride is over, there was an eerie melody lurking within its labyrinthine windings all along that stays in your head.

To repeat, Intransigence will be released on November 20 by Willowtip, and you can pre-order it HERE. The track list is as follows:

5 Responses to “AN NCS PREMIERE: ABHORRENT — “A LIGHTNESS OF MIND””