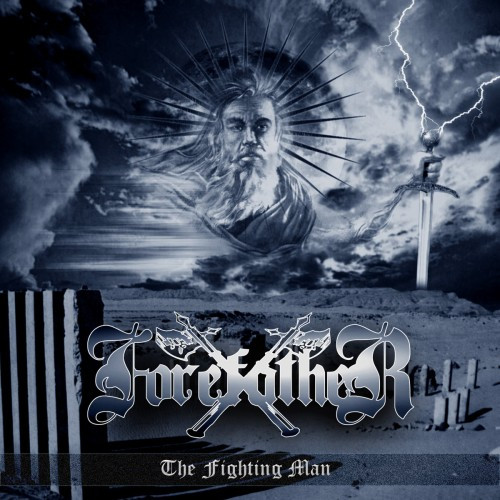 Here, once again, is a collection of recent musical discoveries in a blackened vein that I’ve been enjoying — and I hope you’ll enjoy them, too. As is often the case, I’ve filtered what I’ve found to provide a diverse playlist, and I’ve found so much that I’ve divided this Shades of Black installment into two parts. Part Two will arrive tomorrow. Or possibly the day after (I’m going to a late show tonight, and that tends to play havoc with the morning after.)

I’ve had to make some compromises in this two-part post. In some cases, I’m featuring full-album or full-EP streams despite the fact that in some cases I haven’t had a chance to listen carefully to every song. Ideally, I would wait and do that and then write a thorough review. But I’m able to write so few reviews while doing everything else I need to do for the site that it’s safer to feature the music this way rather than risk omitting it altogether. I’m just facing reality.

So here we go… and don’t expect this is all going to sound the same. 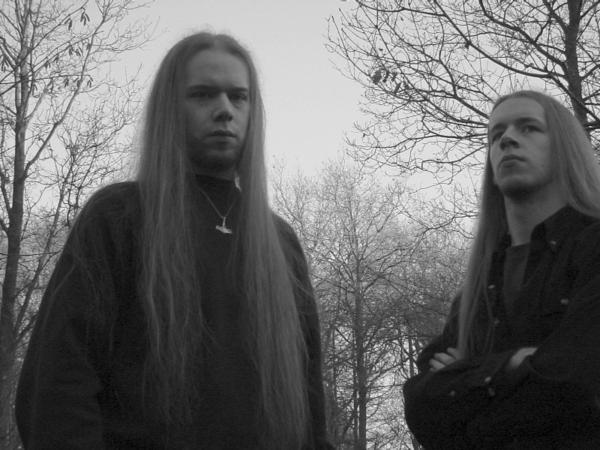 The UK “Anglo-Saxon Metal” band Forefather trace their origins to 1997. They released their first three albums on their own label, Angelisc Enterprises. Their most recent release was Curse of the Cwelled, which came out last spring. The early albums have been re-issued more than once. One of those — The Fighting Man — has recently been re-released on CD by the Dutch label Heidens Hart, who also re-issued it on vinyl last year; the CD includes a bonus track. The CD release happened on October 14, the anniversary of the Battle of Hastings in 1066, fought between King Harold II of England and Duke William of Normandy.

I only discovered Forefather a year ago, when we premiered a cover of their song “Wolfhead’s Tree” by Amiensus (here), and I’m ashamed to admit that I still haven’t gone exploring through their back catalogue, or even their latest album. The song I’m including below is the title track from the reissue of The Fighting Man, which Heidens Hart recently uploaded to YouTube, and I’m also including a stream of the whole album (not including the bonus track on the reissue) from Forefather’s Bandcamp.

There is indeed a warlike and defiant air to “The Fighting Man”, with killer galloping riffs meshed with more atmospheric sections, but I confess that what’s gotten under my skin at least as much from this song is the chorus (and the soaring clean vocals in it). 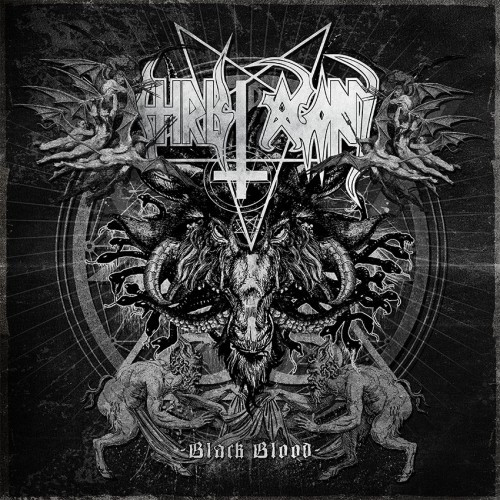 The next song comes from another band who have been around for a long time (circa 1990), with eight albums to their credit, but whose music I’ve never explored in depth. This new song is named “Coronation”, and it appears on a new three-track EP named Black Blood, to be released by Poland’s Witching Hour Productions on November 1. Below you can listen to it either via a Bandcamp player or in the form of a lyric video.

“Coronation” is a heavy, grim, mid-paced song that, as befits its title, does exude an aura of (infernal, ominous) majesty, and the acoustic mid-section with tumbling drums is a surprising change that works well, as do the hammering riffs and rhythms that follow it, and the sweeping melodic passage that comes next. 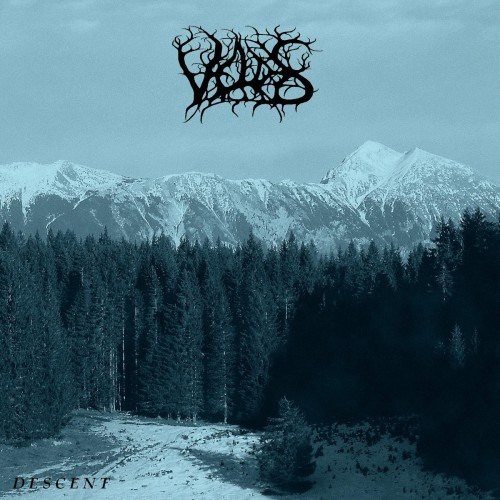 I intentionally sandwiched these next two songs from Slovenia’s Veldes between the two songs at the start of this post and the ones that come last — because the music of Veldes is a dramatic change of pace and mood.

The two songs are “Watcher of Fading Light” (14:09) and “Reign of the Withered” (9:37), and these two long pieces make up the band’s new EP, Descent. Veldes is the solo project of a musician named Tilen Šimon, though on this EP he has guest vocal help from  Niclas Frohagen (clean vocals) and Rok Rupnik.

The simple piano melody that begins “Watcher…” and that Veldes repeats throughout the song (with elaborations) is entrancing, and it contrasts effectively with the heavy distorted riffs and the savage anguish of the harsh vocals. The song, which also benefits from clean vocals and a beautiful acoustic-guitar-and-keyboard interlude, builds toward a powerful conclusion. It’s wistful, melancholy, sometimes heart-achingly intense music capable of mesmerizing you. Perfect for the solitude of a gloomy winter’s day.

The slower second song, “Reign of the Withered”, is even more piercingly somber and sorrowful, but no less beautiful and hypnotic. Drench yourself in its tears…. 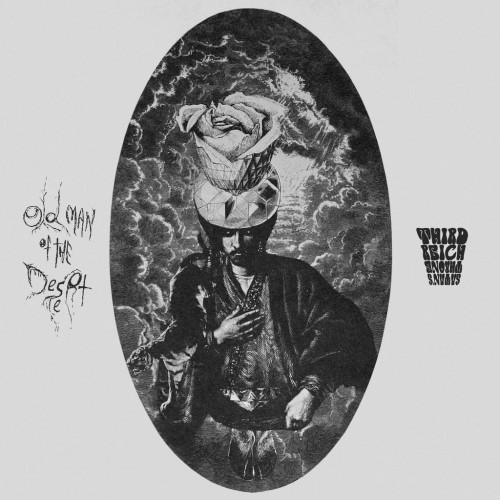 If you’re like me, the first thing you thought when you saw this band’s name was “NSBM”, followed by “bestial black metal”. I can assure you that the second assumption is dead wrong, and I think (though I’m less sure) that the first one is wrong, too. The other thing I can assure you is that if you skip the two songs in this little debut release, you’ll be missing out on a couple of true gems.

In my researching, I found precious little about this band, other than the fact that it’s a one-man outfit from Kharkiv, Ukraine — and nothing to suggest it’s NSBM. I also found some articles on Christian web sites (such as this one) associating Hitler with the throne of Satan because during his reign the Germans brought to Berlin an artifact known as the Altar of Zeus from the once-great city of Pergamum in Asia Minor, which the Bible referred to as “the place where Satan dwells” — and then based the grandstand at the Nazi rally grounds in Nuremberg on it.

This doesn’t really clear anything up because it can lead to two diametrically opposed inferences about why the band chose their name (and of course they could have chosen it as a joke). So I’m just going to proceed directly to the music.

The two songs below appear on a split with a Russian band named Old Man of the Desert, released last June by Psalm 9 Records. And no, they are not bestial black metal. Your first clue is that the second song is a cover of Pentagram’s “Relentless”.

Now I’m not much of a Pentagram fan, but I’m a huge fan of this cover. In fact, I think there’s audio heroin in it, because I’ve been going back to the song at least once a day since first hearing it about two weeks ago. Seriously.

The other song, “Higher Truth”, is an original composition, and I think it’s damned good, too — a blending of black metal and throwback occult doom that alternates between crushing, dirge-like sections and exhilarating rumbles (with a cool psychedelic solo in one of the slow parts and riffs in the up-tempo sections that are catchy as fuck). 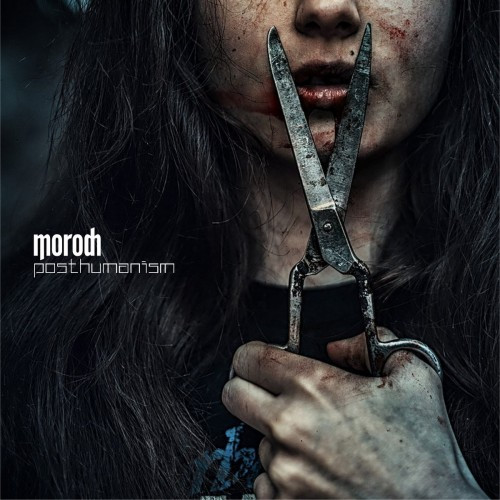 The last item in this collection is a new four-track EP entitled Posthumanism by a band from Vladimir, Russia, named Morodh. This is one of those items that I confess I haven’t spent a lot of time with, in part because I re-played the opening track (“Black Air”) so many times. “Black Air” is a heavy, dismal kind of stomp that’s gotten stuck in my head, a fusion of black metal and doom with rancid vocals that sound like broken nails coming down a chalkboard.

I don’t mean to suggest that the other songs aren’t worth hearing — they definitely are. Though it’s depressive, heavy music that lives mainly in the slow lane, Morodh have a talent for creating melodic hooks as well as a doleful, distressing atmospherics. And here and there, they do pick up the pace and get your head moving — while the final track becomes a conflagration before transforming into an eerie, spectral, ambient conclusion.