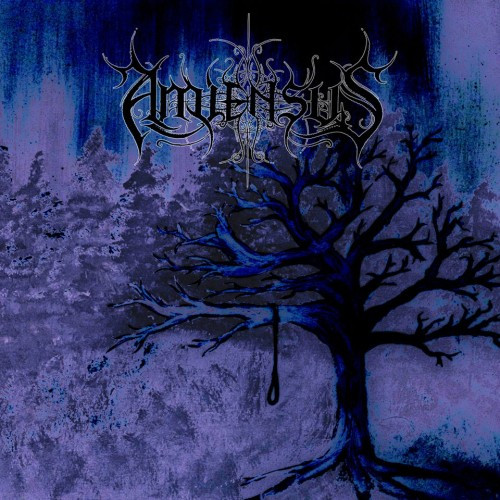 Minnesota’s Amiensus are a band we’ve followed closely, from their excellent 2013 debut album Restoration (reviewed here) to their split last year with Oak Pantheon, entitled Gathering (reviewed here). The band are now recording their second album, Ascension, but to keep fans at bay until it’s completed they’ve released a new free single that we have the pleasure of sharing with you today.

The song is named “Wolfhead’s Tree”, and it was originally recorded by the British duo known as Forefather for their 2008 album Steadfast. I wasn’t familiar with the song before listening to the Amiensus cover, but it’s really a perfect choice for the band, and they more than do it justice.

“Wolfhead’s Tree” is a dramatic and highly memorable pagan metal song, and it showcases both Amiensus’ aggressive side and their talent for performing grand and emotionally affecting melody. They stay close to Forefather’s original template, delivering both warlike black metal and folk metal that’s soul-stirring and sombre, while effectively adding keyboards in a way that enhances the mythic atmosphere of the music. Fitting the demands of the original, the vocals are an impassioned mix of jagged howls and strong, clean vocal harmonies.

Apart from the excellence of the performance, the production quality of the song is also exceptional. The sound is heavy and powerful, yet with a clarity that permits a full appreciation for everything that went into the recording.

It really is a great song, and Forefather’s original is a tough act to follow — but Amiensus hold their own and have delivered a cover that’s just as enthralling as the original, if not more so.

“Wolfhead’s Tree” was recorded by Joe Waller and Alec Rozsa of Amiensus and it was mixed and mastered by Roman “Arsafes” (Kartikeya). The beautiful cover art is by Allysha Corscadden. The song is available on Bandcamp as a free download. Listen below.