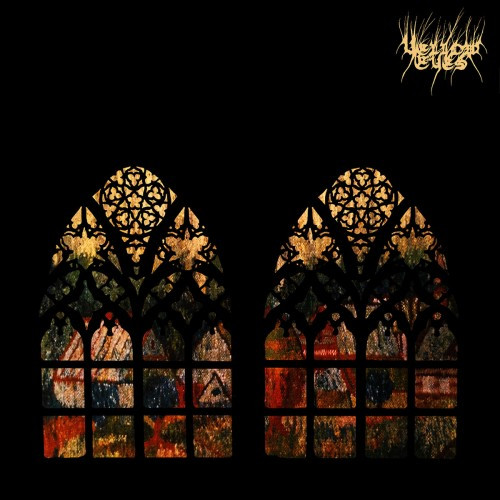 When I first found out in early September that Gilead Media would be releasing a new album by New York black metal band Yellow Eyes, I blared the news as fast as I could. Now that I’ve heard the album, I feel completely justified in my initial enthusiasm.

Remembering for the moment that part-time, half-witted metal bloggers should never forecast what they’re going to do, I’m not going to say that I will be reviewing the album this week. Instead, I will say that you should listen to the title track of the new album — Sick With Bloom — which has just appeared on Bandcamp.

As you will discover immediately, the band included woodland field recordings on the album. However, it also appears that they included transmissions from Aldebaran, for the music is tinged with alien emanations. It’s complex music, discordant and bone-splintering, hair-raising and hypnotic. It’s also immensely engrossing.

Sick With Bloom will be released on December 11. In addition to the talents of the Yellow Eyes duo of Will and Sam Skarstad, the album also features M. Rekevics (Fell Voices, Vanum, Vorde) on drums. 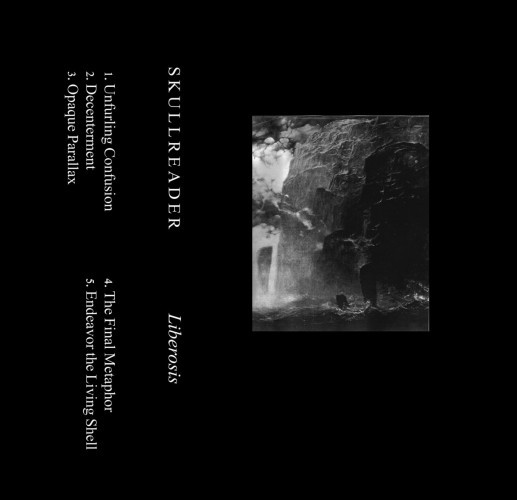 Skullreader is a one-man band from Philadelphia, the one man being James Lipczynski, who has another solo project named Labyrinthine and is also a guitarist in the superb Crypt Sermon. Just a few days ago Skullreader released a debut EP on Bandcamp by the name of Liberosis.

Skullreader harnesses storming bestiality, discordant lead guitar derangement, and wisps of attention-grabbing melody, producing intricate, unsettling songs that repeatedly torque the tension until it shatters. It’s a visit to an asylum in flames, with a truly horrifying warden behind a bullhorn, whipping the immolating inmates to new heights of frenzy. 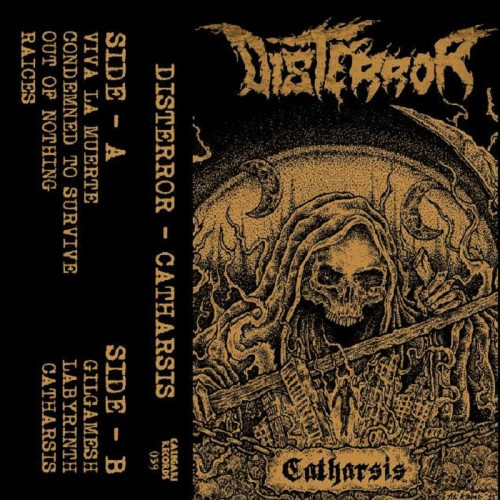 Mexico’s Disterror began life in 2011 as a crust/hardcore band, but there have been some obvious changes since then, as clearly manifested on their new debut album Catharsis.

Driven by a riveting (and often blazing fast) drum performance, the music is quite varied. Sometimes Disterror combine bleak, sweeping, anthemic melodies that reach heights of infernal majesty with eruptions of slashing, blackened violence. At other times their crust roots come closer to the surface and they unleash high-energy bursts of pugilistic (and thoroughly headbangable) mayhem. And through it all, the vocalist snarls and roars like a man consumed by rage.

This is a very impressive, multi-faceted album loaded with individually distinctive songs that will keep you rooted in place from start to finish. It deserves far more words than I’m able to give it, but you have the chance to listen to all of it below — and you really should.

Catharsis has been released by Caligari Records in a limited run of 175 pro-tape cassettes. Order on Bandcamp (and a digital version of the album is available through Disterror’s Bandcamp): 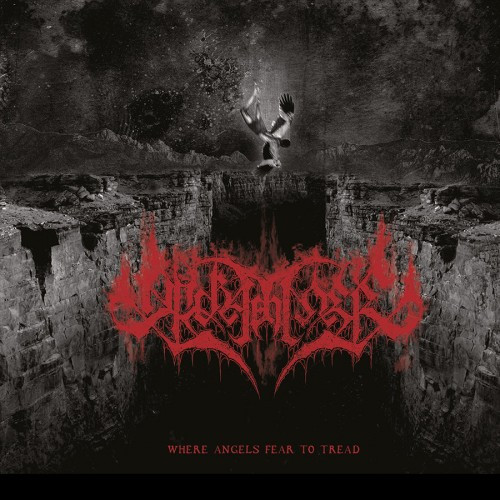 My Serbian friend “M” was the source of this next suggestion, and the final one in this post as well. This band, Apokathilosis, is a pair of Brazilians who are now based in Dublin, Ireland. Their debut EP, Where Angels Fear To Tread, was released via Bandcamp about a week ago.

If you’re like me and you’ve invited to listen to something that’s been recommended to you, you’ll try to make it through at least one song and let that be your guide. I made it through the first song on this EP, “Awaken Thee”, and didn’t get to the others for a while — because I got stuck on “Awaken Thee”. It’s really catchy, bouncing back and forth between rapid-fire jabbing and slower, stately processionals. Seriously great riffs and lacerating vocals in this one.

And the remaining four tracks are damned good, too, all of them combining cold, knife-edged ferocity with well-conceived melodic hooks that are just as grim. Awfully cool bass work on this album, too.

I decided to conclude this collection with a change of pace and mood. What you’ll hear next is a debut album entitled Köd by a Hungarian band named Ygfan. It was released in June, but I discovered it only recently.

This is another album that pulled me up short with the very first track — I cycled through it repeatedly before every making it to the rest of the album. A lot happens in that captivating first song, including some transfixing drum acrobatics to go along with an equally transfixing array of melodies, dynamic changes in rhythm and mood, and a wonderful mix of clean and harsh vocals.

Like the opening track, the entire album is a genre-bending marvel, an intoxicating concoction brewed with black metal, post-metal, progressive rock, hallucinogens, and even a hint of ethnic folk melody. The band members are obviously very skilled musicians, and as ambitious in their ideas as their are adept as performers. A really wonderful surprise that I hope you’ll dig as much as I have.