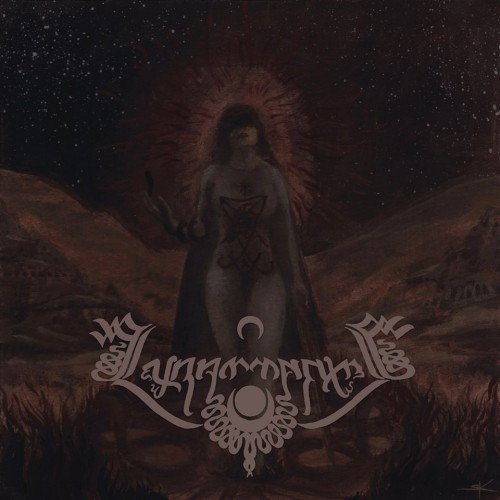 So close and yet so far away, mysterious and unknowable for most of our existence, the Moon has exerted as strong a pull on human imagination as it has on the tides. With its reflected light waxing and waning, it alternately casts the night into deepest darkness and illuminates it with a ghostly pallor, spawning tales of night terrors and visions of things beyond the material plane. And for millennia, it has been associated with madness (there is a reason why the words “lunatic” and “lunacy” are derived from the moon’s Latin name, luna).

The debut album, Genesis, by the Scottish black metal band Lunar Mantra brought all these thoughts to mind, and not just because of the band’s name. In many ways, the album captures the mystery and the powerful influence of our closest celestial neighbor on our imaginations — as well as its link with madness. Genesis is indeed “a nightside odyssey through the formless void”, as one press description has it — a disorienting and arcane experience that proves to be spellbinding. 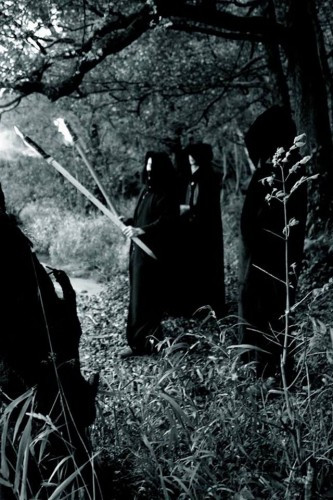 From the chilling alien menace of the album’s ambient introductory track through the four long songs that follow it, Lunar Mantra create a hallucinatory listening experience. Their brand of swarming black metal is freezing cold, with cascading sheets of icy riffs and the tumble of booming percussion segmented by dark ambient passages which heighten the sense that we have ventured far beyond the comforts of hearth and home. The dissonance of the trilling and chiming lead guitar melodies add an air of derangement to this void-faring music, and the echoing howls of the vocals evoke the hunger of beasts that prowl by luna’s light.

If there is any warmth to be found in this surreal soundscape, it comes from the bubbling, boiling bass notes in the music. Though they’re a very cool and very lively counterpoint for the album’s overarching otherworldliness, they too seem to signify a mind with only a tenuous grasp on sanity.

Whether lashing the listener in a frenzy, stalking like a dangerous predator, or casting arcane ambient spells, Lunar Mantra have successfully created a spectral atmosphere of nightmarish peril that’s well worth your time.

Genesis is set for international release by Invictus Productions on October 30. Pre-order the album on digipack CD here or via the Bandcamp link below.