Full disclosure: I’ve been a big fan of this band for a long time now (although, curiously, I don’t think I’d seen them live until this year’s edition of Incineration Festival), and have loyally followed them as they’ve transitioned, slowly but surely, from the more overt blackness of their early years, to the denser, more Death-tinged sound which they now wield.

Yet whilst their new album, Xeno Kaos, most definitely (even defiantly) continues this progression away from the realms of Black Metal, it also simultaneously takes both a step forwards and a step backwards from its predecessor, dropping the thrashier edge found on Apex Terror whilst making more room for a grimly oppressive Industrial undercurrent reminiscent of 2010’s No God, No Satan.

This clanking, industrialised soundscaping is nothing new to the band, obviously, but the way it’s deployed here alongside the steadily more Death Metal-leaning metallicisms that the band have made their stock-in-trade puts me strongly in mind of Norwegian extremists Zyklon (or perhaps their cousins in Myrkskog).

So, if you’re a fan of either of those bands (or simply a long-time Otargos fan curious as to where the band’s more deathly ambitions have taken them) then read on! 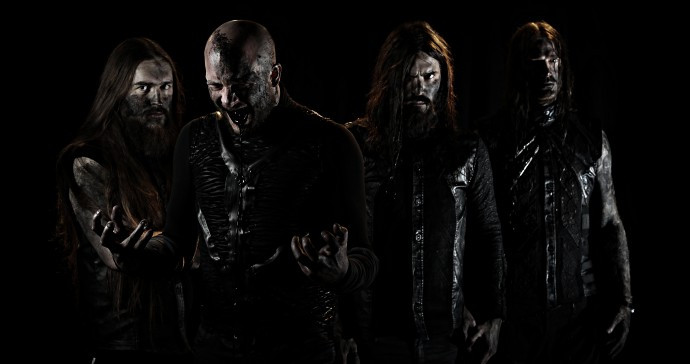 “Chariots ov the Godz” is several shades darker in mood, as well as notably more melodic, than the opening pair, but certainly doesn’t lack in the humongous riff department (nor should it go unremarked that the song also features a heavy helping of blackened menace as well), whilst the six-and-a-half minute “Dark Mechanicus” simply rolls over the listener in unending waves of dissonant fury and rage, complemented by a plethora of eerily infectious viral hooks.

In contrast, the sub-four-minute “Phase Shifters” is a more direct and stubbornly aggressive piece that, despite a number of repetitive riff and lead motifs, doesn’t really do much to stand out (at least until its ferocious, if somewhat belated, blast-fueled finale).

The razor-toothed title-track certainly sets things right after this little stumble however, unleashing a truly pulverising barrage of bone-crunching drum work and neck-snapping riffs over the course of just over three minutes of sadistic sonic terrorism, leading into the stomping, arena-level Death Metal anthem of “Realm of the Dead” which – although less instantaneously obliterating — steps things up another notch in terms of songwriting, being built around a core of massive, pounding riffs and seething, electrifying hooks (as well as a suitably chilling ambient mid-song interlude).

The album concludes with the strafing Blackened Death Metal assault of “Human Terminate”, a sub-three-minute smash-and-grab attack of scything riffs and skin-stripping blastbeats that absolutely takes no prisoners and offers no mercy in its pursuit of pure audiotronic Armageddon.

The sheer intensity of this album is, in a word, undeniable. But… and there’s definitely a necessary “but” that needs stating here… it can also be the band’s Achilles heel at the same time.

In fact, if there’s one thing that does hamstring this album a little (ok, maybe hamstring is a little strong… maybe it’s just an occasional limp or gimpy knee), it’s that this more intense focus on the devastating Death Metal side of the band’s sound – at the expense of the thrashier elements which reared their head on Apex Terror — has produced a brace of undeniably powerful, yet occasionally somewhat interchangeable, tracks which occasionally stick a little too closely to the band’s established “blast-and-burn” approach, exchanging individuality for intensity in the process.

Don’t get me wrong, it’s still bursting with nasty Death Metal delights (of a particularly blackened variety in places), but whereas the more varied assault of Apex Terror left you bloodied and scratched all over, the precision-targeted pummelling of Xeno Kaos occasionally induces the sort of bruised numbness that comes from being hit again and again — that little bit too hard and that little bit too often — in the exact same place.

It’s not even necessarily something you might notice in the heat of the moment, but it’s likely that once you’ve had your ears brutalised enough times by the band’s cybernetically-enhanced sonic artillery, you’ll find it’s the songs that buck the trend – songs like “Chariots ov the Godz”, “Dark Mechanicus”, and “Realm of the Dead” — that leave the biggest impression, precisely because of the way in which they deviate from the blasting, bludgeoning norm.

Still, don’t interpret this as me saying that Xeno Kaos is in any way a bad album. In fact if you’re looking for some ravaging, post-apocalyptic Death Metal thrills designed to up your heart rate and initiate an involuntary fight-or-flight response, then this should fit the bill nicely.

Xeno Kaos will be released by Kaotoxin Records on November 13. Pre-order here. Stream the entire album at this location.