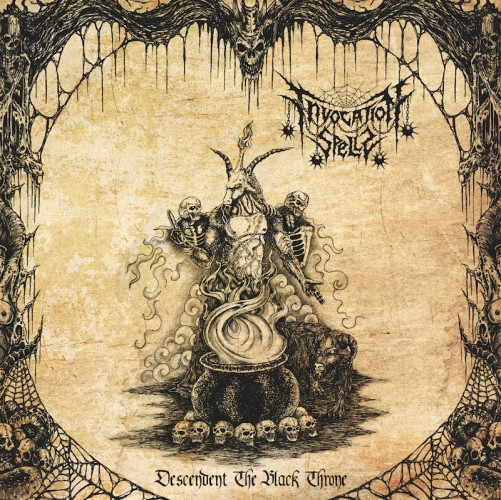 Descendent the Black Throne is the name of the second album by the Chilean black metal band Invocation Spells. It’s set for release next month by the mighty Hells Headbangers, and today we’re presenting a stream of the album’s ripping title track.

South American black metal tends to mix savagery with speed, and Invocation Spells deliver that experience in spades. “Descendent the Black Throne” is a galloping romp of speed metal riffs and gut-punching percussion trailing clouds of sulfurous smoke in its wake, capped by venomous vocals nasty enough to wake demons from their slumber. 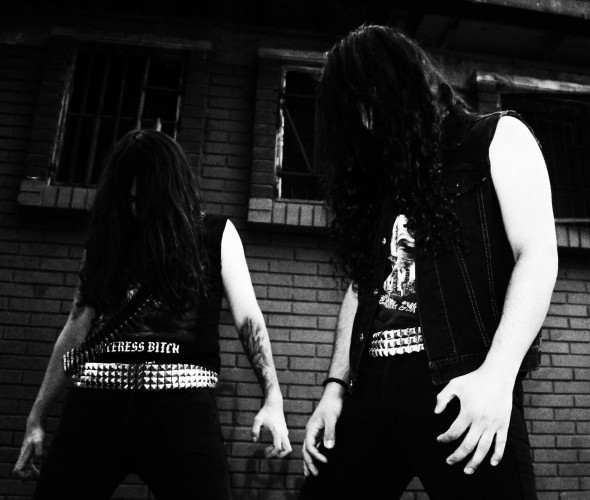 The music is produced in a way that somehow both rings with clarity and sounds as raw as an open wound. It’s primal, feral music that’s steeped in old-school black thrash and speed metal, and performed with diabolical energy. It’s also as catchy as a brush fire in a parched meadow.

The whole album is full of concise and equally energizing rocket rides (with some well-timed changes of pace). Invocation Spells blast through the door, kick hell out of you, and are gone almost before you know it.

Descendent the Black Throne will be released by Hells Headbangers on December 1 and is available for pre-order now (CD and digital) via the Bandcamp link below, where you can also hear a second track, “The Betrayal of Bastard” (both tracks are available for immediate download with a pre-order). The album will also be released on vinyl and cassette tape.