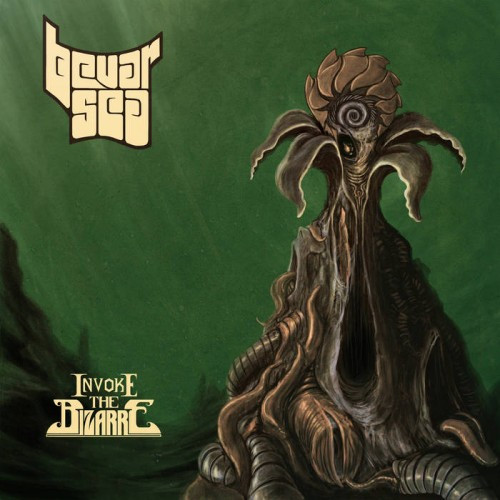 (In this post Grant Skelton reviews the new album by India’s Bevar Sea.)

Bevar Sea are from Bangalore, Karnataka, in India. They formed in 2010 and the following year released two demos (Trendslaughter Sessions and Sessions Of Chaos). Those demos, which included covers of Kyuss, Sleep, and Black Sabbath, saw the band gain a following among doom fans worldwide. In 2012 the band recorded an album with Billy Anderson, whose more recent work includes Pallbearer’s Foundations Of Burden and Agalloch’s The Serpent & The Sphere.

Bevar Sea’s self-titled 2012 release led their popularity to spread even further as they played shows with Anathema and Kreator. In 2013 Rolling Stone India awarded Bevar Sea the title of “Best Emerging Band.” 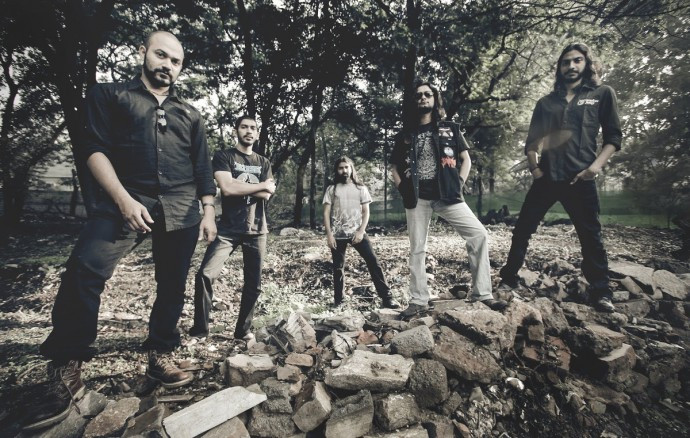 The self-titled album was 43 minutes of baked-out fuzzy riffs marinated in a cannabis tea. Bevar Sea’s harvest of weedian offerings caught the ears of the promoters of Maryland Deathfest, who invited the band to play that festival last year. Unfortunately, if my research is correct, the band were forced to cancel that performance.

But fret not, my fellow disciples of doom! Bevar Sea have produced a worthy successor to their S/T release. The new album is called Invoke The Bizarre. You have band guitarist Rahul Chacko (who also designed the artwork for the self-titled album) to thank for that abhorrent Lovecraftian grotesquerie depicted on the cover. Having a taste for the bizarre myself (and I’m certain I’m not alone), the album art immediately intrigued me.

The first song I heard from this album was “Sleeping Pool,” the third track. Initially released back in May, the song whetted my appetite for the rest of what Invoke The Bizarre had to offer.

“Sleeping Pool” is a depressing and booze-laden number that would give St. Vitus a hangover. Drink until you hallucinate all of the horrible things you’ve done in life. Then, put that experience on tape. That’s “Sleeping Pool.” And it is one of my absolute favorite tracks of the year. Especially the lush and groovy leads by Rahul Chacko and Srikanth Panaman. If you’ve never heard Bevar Sea before, start with this song. “All aboard the whiskey train.”

If I had to pick one word to describe how Invoke The Bizarre is different than Bevar Sea, I would choose “anger.” Not homicidal rage. Not a deep-seated urge to overcome perceived oppressors. Just pure, simple anger. Not enough to want to incite violence. But enough to jerk your stoned hippie ass up off the couch and smack you out of your stupor.

If Bevar Sea was your pothead friend who invited you over for THC-laced brownies, pizza, and an Aqua Teen Hunger Force marathon, Invoke The Bizarre is the sober, responsible roommate who kicks you the hell out of his house. Because dammit, he’s got things to do!

You’ll see this twinge of anger show up in some fashion in each of the album’s songs (minus of course the short acoustic diddy “Heathen”). Opener “Bearded And Bizarre” is a faster song for Bevar Sea’s repertoire. The band’s sound is tighter and more regimented on this album. This song, along with “Where There’s Smoke (There’s A Pyre)” contain speedy surges of double-bass kicking. The attitude of the music is more confrontational and direct than the band’s previous output.

I also detect more harsh vocals this time around from frontman Ganesh Krishnaswamy. His screams have a slight seasoning of hardcore in them. Which isn’t surprising given that one of the songs on this album is called “Bury Me In NOLA.” New Orleans is home to many bands who experimented with hardcore in other metal genres.

I couldn’t let a review get by without covering the rhythm section. From what I read in interviews, drummer Deepak Raghu was unhappy with the way the drums sounded on the band’s S/T album. Evidently the drums were recorded live, and separately from the rest of the album. The toms, bass, snare, and cymbals are all very natural on Invoke The Bizarre. Raghu mobilizes the rest of the band around his trance-inducing percussion.

Avinash Ramchander’s bass tone is vivid, warm, and inviting. It’s a perfect floor for the guitars to build on, yet it is not buried in the mix.

Bevar Sea’s sophomore effort is a more focused trip than its predecessor. It has all of the self-titled album’s strengths and has refined its weaknesses on the production and mixing side. Occult themes and marijuana references are still fully intact. But the attitude is more indignant; quick to bite. Invoke The Bizarre should please devotees of doom, but should definitely be on the radar of fans who think all stoner metal is the same. Bevar Sea will prove you wrong.

Invoke The Bizarre is on Bandcamp (digital album only $6).