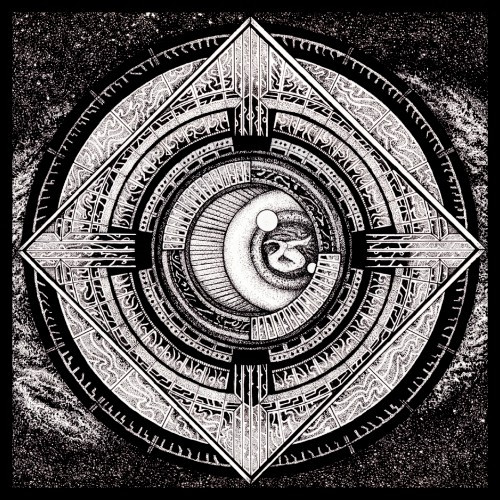 One of the best split releases of 2015 is an album entitled Moerae (reviewed here) that was released last spring by three Greek black metal bands — Vacantfield, End, and AWE. It’s a concept album taking as its inspiration the three Fates of Greek mythology (the Moerae), with each band contributing a song about one of the Fates. Apart from a short song on the compilation album Mono Maniac vol.4 released by Blast Beat Mail Murder in 2014, Moerae marked AWE’s recording debut.

AWE have now recorded a debut album, Providentia, that’s set for release on November 13 by Pulverised Records. It’s a hugely ambitious, visionary album, and a brilliantly successful one. And we’re giving you the chance to hear all of it today.

The album consists of three longs songs ranging in length from 15 minutes to 20 minutes. Pulverised describes the concept of the album in this way:

AWE’s debut, Providentia, is a transformative act in three parts about the total violent revolution of man in the face of an absurd, meaningless existence. A proclamation of unrelenting war against the very universe itself. To break every law that hinders the human condition, to conquer everything that is, or perish with it in the flames of the end.

The members of AWE have remained anonymous, though we’re told that all of them have a background in the old Greek black metal scene, with time spent in other noteworthy bands. We also understand that Providentia is a project that has been in the making for a decade. The experience of the band members and the care taken in the creation of the album are abundantly evident in what you will hear. 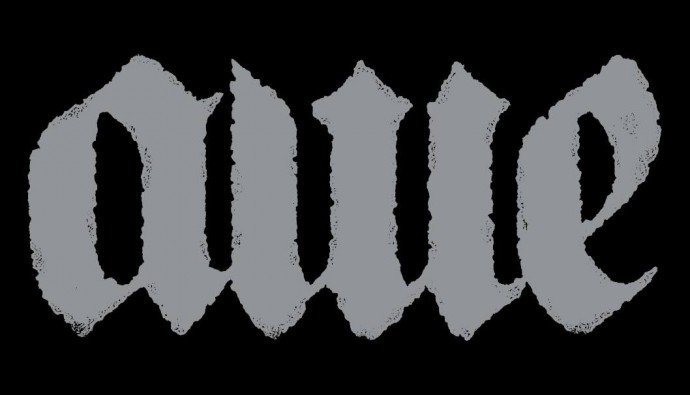 The songs are densely textured and intricate, and the music is produced with the kind of clarity that allows all of the music’s multi-faceted and beautifully performed components to shine through.

All three tracks are also exuberantly and explosively creative, a rich and surreal tapestry of sound. They’re “progressive” in the true sense of the word. Adjectives like “experimental” and “avant garde” wouldn’t be out of place either. Fans of bands like Blut Aus Nord, Deathspell Omega, Dødheimsgard, and Ved Buens Ende should welcome Providentia with open arms.

There’s a sweeping, panoramic, mystical aura to the long introduction that opens the first track “Actus Primus”, and an air of majestic grandeur surrounds the music even when the band erupt into a dense storm of fiery tremolo chords, blasting drums, and harsh, bear-like growls and roars — reaching an intense crescendo before the music’s massive, ponderous, eerie  finale.

“Actus Secundus” escalates the intensity even further. You can imagine yourself tied to a stake on a beach with the music crashing against you in a storm-driven flood tide. It’s a ravaging assault on the senses that at times has the atmosphere of an infernal carnival or an asylum in flames — bombastic, bedeviled, crazed, chaotic, dissonant music, with unpredictable variations in rhythm and tremendous flair in the performances of all the instrumentalists.

This jaw-dropping, kaleidoscopic light show in sonic form continues in “Actus Purus”. It’s perhaps somewhat less deranged and wild than the song that precedes it, and at times it brings back into play the panoramic sweep of the album’s first track. But it’s still full of scintillating convulsions of savage and untamed energy. It also includes a fascinating instrumental interlude, just long enough for the listener to catch a few breaths before chaos ensues again. When the song and the album end, the music has become slow and magisterial, swelling with enormous and strange unearthly power.

Providentia really is a remarkable album — twisted and turbulent, bleak and ominous, ingenious in its conception and nearly immaculate in its performance. We are thrilled to bring you a full stream of the album below.

The album features wonderful cover art by Greek illustrator Konstantinos Psichas (Viral Graphics). You can pre-order it on CD from Pulverised Records HERE. There will likely be a digital release via Bandcamp as well (HERE).

P.S. Our man KevinP is interviewing AWE and we should have the results of that discussion next week.