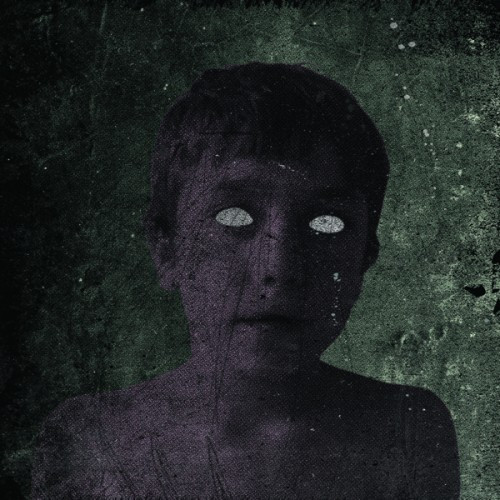 There’s something about the cover art for Jonbar Hinge’s debut album that gives me the shivers. Maybe it’s the fact that the eyes look like shivered panes of glass, with no one home behind them — or at least no one you might really want to meet. This Swiss band’s name is equally fascinating. It appears to refer to a concept (derived from science fiction) for “a crucial point of divergence between two outcomes” — a “forking place” in time where a choice must be made that will lead to a lasting and dramatic change in the unfolding of the future. Or at least that’s what The Font of All Human Knowledge tells us. Between the artwork and the band’s name, I was very intrigued by what the album might hold in store.

This self-titled record, which will be released by Division Records on November 20, consists of five tracks. At the end of this post you’ll have the chance to stream all of them. I’ll warn you up-front that the album is often an exception to our “rule” (the one about singing), and it’s not quite as extreme as most of the vicious monsters to which we devote most of our time. But you’re seeing the premiere here for a reason — Jonbar Hinge will get your head moving, and repeatedly slug you in the spine while it does that. 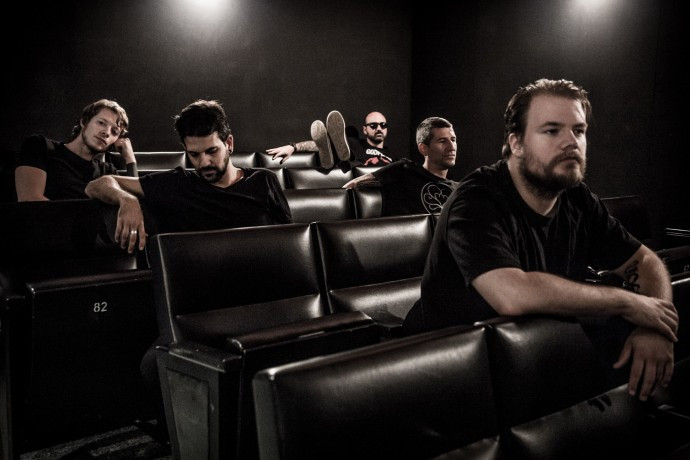 The music on this album drives, like pistons pumping on a big muscle car. You can feel the grinding bass notes and hard-punching drum syncopation like a physical force, and the burly, hammering riffs and flickering guitar leads are catchy as hell. Even when the band ease up on the accelerator and fall into a ground-quaking stomp (or even more rarely a tarry crawl), this is powerfully infectious stuff. And although the melodies are chock full of hooks, there’s enough dissonance in the riffs, enough darkness in their aura, and enough thick muscle on the bones that these songs are never going to pass as pretty.

As for the vocals, they are indeed mostly clean (and quite good), but they’re not going to make anyone too comfortable either. At the drop of a hat, vocalist Matthieu Hinderer turns into a shrieking madman, and in step with his derangement the rest of the band deftly turn the music into the sound of everything falling apart, piling up the wreckage in their wake.

So yes, although Jonbar Hinge may be more easily classified as stoner rock than extreme metal, I do think you denizens of the night who usually haunt our pages should give this a full airing. You might find (as I did) that it will give you a satisfying skull fracture and some memorable tunes to come back to as well.

To pre-order the album on black vinyl, go here.