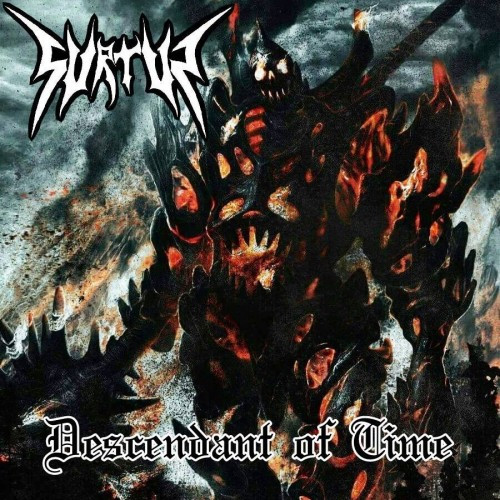 If you skip ahead and take a look at the photo of Surtur that accompanies this post, you will see that these Bangladeshi thrashers are some young dudes. I didn’t see the photo until their debut EP Descendant of Time had already reduced my head to a smoking (and smiling) pile of wreckage. I’m still scratching what’s left of my head, wondering how in the world they pulled off what they’ve accomplished on this marauding new release. And then I remembered how old Hetfield, Hammett, Burton, and Ulrich were when they recorded Kill ‘Em All.

Descendant of Time is a molten eruption of killer riffs and scintillating solos, the kind of metal that’s guaranteed to get heads (and feet and arms) moving. It’s fleet and furious, but laced with so many writhing twists and turns that it won’t wear out its welcome after the first listen. And the band’s propulsive rhythm section does a fine job keeping the songs firing on all cylinders while guitarist and principal songwriter Shadman Omee struts his stuff (and he really does have the right stuff). 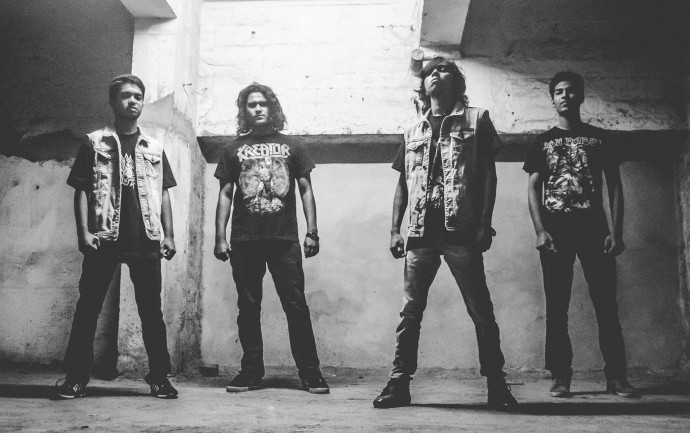 The icing on the cake comes in the form of Riasat Azmi’s vocals, which are raw and razor-edged, the kind of high, panther-like snarls and shrieks that spit venom and fury in equal measure even when he’s ejecting the words at jet speed.

Descendant of Time isn’t an attempt to reinvent any wheels. It’s a devotional, an offering of praise to late ’80s and early ’90s thrash metal. But it’s done with so much energy, so much spirit, and so much flair that it’s a blast to hear — as you’re about to find out, because we’re bringing you the premiere of all four demolishing tracks. If you like the sound of this, the EP is now available on Bandcamp via the link below.

10 Responses to “AN NCS PREMIERE: SURTUR — “DESCENDANT OF TIME””