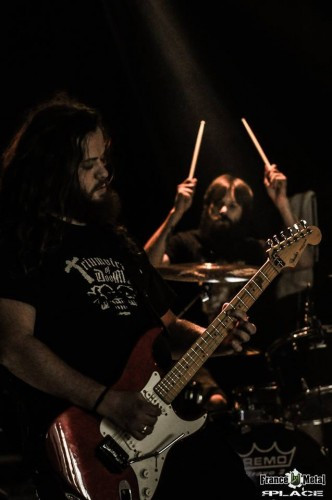 (Comrade Aleks brings us another entertaining interview, this time speaking with guitarist Guillaume of The Bottle Doom Lazy Band from France.)

Heavy as the worst hangover, dirty and frenzied as some medieval maddened crowd, desperate and rakish as a criminal on the scaffold — it is the essence of The Bottle Doom Lazy Band. They have a bloody heavy, crushing sound, impressive and insane hymn-like vocal lines, and a strong individuality and slow approach to recording sessions. The band was born in 2005, their remarkable first record was released in 2008, and  new album second album Lost N’ Drunk saw the light of day only in September 2015. Yes, they’re slow and they play their sinister doom! Why is The Bottle Doom Lazy Band so slow? I don’t know… Maybe their guitarist Guillaume will give us a hint.

Salute Guillaume! We were speaking with you about four years ago and it seems that you already told us then about the second The Bottle Doom Lazy Band album… So first of all, what did you do all this time, man?

Hi Aleks, I agree that’s a long time since Blood for the Bloodking. We recorded one split EP with Children of Doom and a split LP with Void Moon from Sweden and we’re here now with a new album called Lost N’ Drunk … We have had some line-up changes too. Emeric who helped us in the past is now a permanent member on the bass. Jerome (guitar) left the band, replaced by Pierre 2 years ago. Some of us have other bands (Mantras, Pulmonary Fibrosis…). It’s not easy for us to work quickly but we don’t care about that. We’re happy with this album. That’s most important. 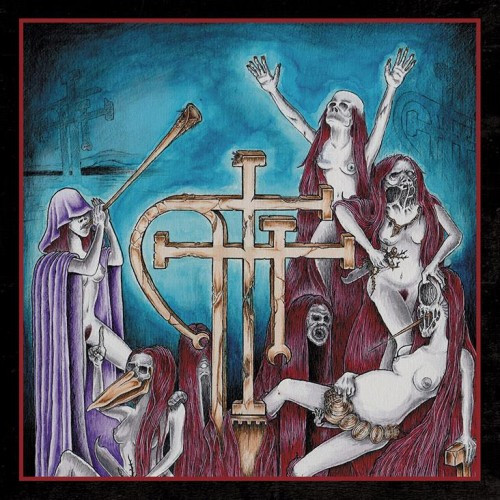 The new album Lost N’ Drunk starts, as other albums do for me, with its artwork! I need to admit that the tits on the band’s artwork are smaller than before, but there are also bloody ugly creatures wearing them! What made you to choose such an artwork?

Seriously, we just asked our friend Tétar (Guitar – Vocals on Children of Doom), cos we really like what he does. When he sent us this illustration, we just said, “Wow! That’s our cover!”

They are the witches of the nuclear apocalypse. They will eat our corpses and will suck our bones. It is the last ones’ rites, the last ones’ surges before the void. They are the future. All the texts are about the total end, the cover is the good mirror. Funny. It looks homemade, it really brings back the idea of old school artworks, and it fits the way this album was made perfectly.

Does this artwork have a straight connection with some of the new songs?

The apocalypse is one of the main subjects of this album. So we and you can imagine what you want about the end of the world as we know it actually. Robots? Monkeys? Aliens? Or ugly Witches!

And how did you persuade Emanes Metal Records to release the album? Do they have any requirements for your stuff?

It’s simple. If Laurent (Emanes Metal) likes the album, he’ll release it. We sent him the new album, he liked it … so let’s go!

The Bottle Doom Lazy Band – Welcome to the Nearest Grave

Lost N’ Drunk continues musical lines that you started on the previous Blood For The Bloodking album (2008) with its savage, heavy, and dirty true doom metal, yet you certainly make a step further as a band. How long did you work over this album?

Well, we really started working after the recording of the split LP with Void Moon. We already had some riffs, but not really complete songs. What took most of our time was simply rehearsing the songs over and over, and since it was made as a live album, we never played the songs twice the same way. During the last 3 years of rehearsing the songs, they kept on evolving, some new ideas popped out, and we either kept them or forgot them.

Pierre’s guitar playing has evolved a lot as well, along with the songs. A lot of the effort for him was put in finding his guitar sound, with effects, amplifiers: it is a long process that influences the sound of the album. We could have recorded it a year earlier if we had hurried up. It would have been possible, but the result would have been entirely different. 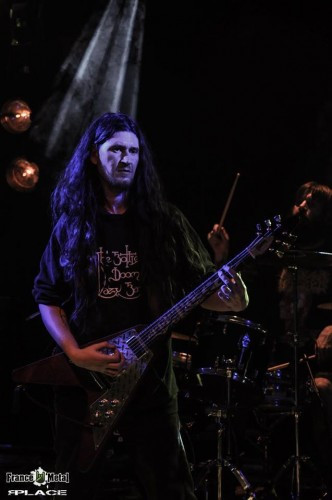 Did you aim to fulfill any certain ideas in Lost N’ Drunk album or was it a spontaneous process of developing some themes you just found during rehearsals?

Generally I come with some riffs and we try to work with that during rehearsals until we’re ok with a song. And Bottleben writes lyrics. We have known each other a long time now (beginning ten years ago) and we know what kind of riffs or atmosphere will satisfy all of us.

What was more difficult for you during this record?

First, we tried recording it in a different way than during our rehearsals: a live take with only the rhythmic sections, but it just didn’t feel right, the takes were not really good. Then we just decided to record it all live with the leads and solos (only vocals and bagpipes were recorded after the music), and it went much easier in this way.

The only thing was not to make (big) mistakes when we were playing. It’s the better way for us to record. TBDLB is a live band. We want to sound on an album as if we’re on stage. 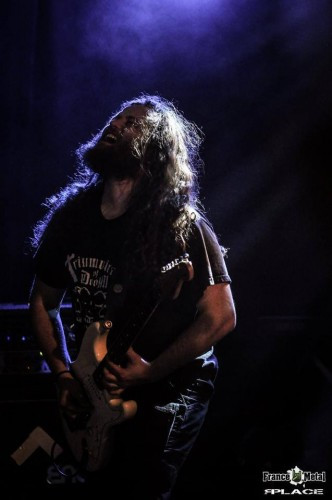 One of the most ingenious ideas you fulfilled on this record is using such an additional instrument as the bagpipe. It sounds mournful, it brings a medieval touch. How did you figure out this idea?

We wanted to put traditional instruments on each album. Bagpipes on The Beast Must Die”, hurdy-gurdy on Blood for the Bloodking, and bagpipes again on Lost N’ Drunk. Fearann (Bottleben’s brother) plays very well and knows what kind of atmosphere we like. We just sent him a song and he did what he wanted to do … and again, it’s killer!

The idea of using traditional instruments in your songs is so great that I’d like to ask you if you plan to develop it in the future – maybe on your gigs or next records, so will you? It sounds very natural for The Bottle Doom Lazy Band, so I wonder why didn’t you record more parts with the bagpipe!

It’s a good question! But we want something unique and special. I don’t know if it can work with bagpipes on each song. Fearann is just a guest and he can’t come with us on stage. He’s got a lot of other musical projects.

The Bottle Doom Lazy Band – Night Of The Living Dead

I remember that four years ago we were speaking also about the role that alcohol plays in the band’s life. Did something change since then? I must admit that with every year hangovers became only harder and harder!

For us gigs are like parties! We’re a Rock’n’Roll band, we love to have fun on stage. Nothing else.

I have two standard questions for bands, so first of all, can you tell a story of one song from your new album?

“Welcome to The Nearest Grave”: the Earth is dying, the sun is going to swallow her. The last deformed men run away, of refuges in refuges, graves in graves. The huge insects are not kind, and, well there are only the humans to eat, ha-ha! Everything is inexorable, in the heat of the end of the world!

Man, what inspired you to create such a scenery?

Bottleben has tons of sci-fi books. I think it’s easier to write when you read a lot. 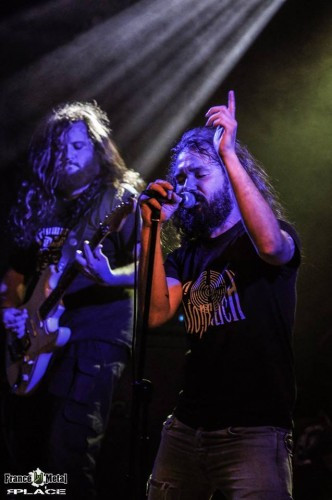 And another one is about a book that was the most influential one for you when you went into school, can you remember some?

Bottleben is the most concerned with this question, so The War of the Worlds, H. G. Wells. The beginning of his passion for science fiction.

Guillaume, I believe that the doom scene needs such bands as The Bottle Doom Lazy Band — we must have alternatives to some of the trendy stuff around us. So, the last question is what are your plans for the next release?

Sleep, drink, smoke cigarettes (with style), again and again. I don’t care, we have no plans, we’ll see…

It’s the best answer to finish this interview! Good luck man and thanks for your time!

Thanks a lot! Take care and Doom!!

2 Responses to “AN NCS INTERVIEW: THE BOTTLE DOOM LAZY BAND”