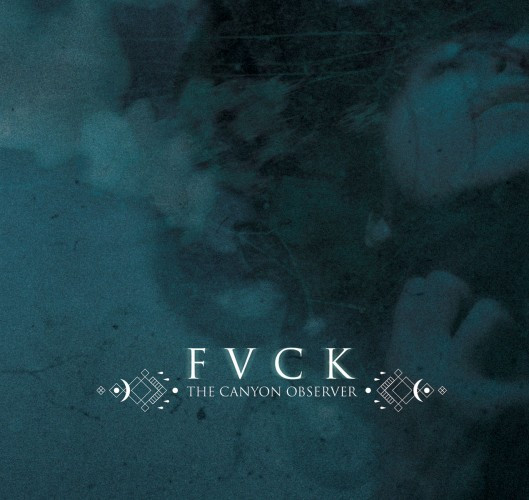 FVCK is the title of the debut album by Slovenia’s The Canyon Observer, and it will fuck you up. It’s almost unremittingly intense — as heavy as a pile of corpses, as hallucinatory as a drug-induced nightmare, chaotic, deranged, and powerfully disorienting. It’s also spellbinding, a descent into a subterranean demolition zone that proves to be as hypnotic as it is harrowing.

Three of the album’s four songs are long ones, ranging from roughly nine minutes to almost 15, and the first three tracks flow into each other, further deepening the immersive effect of the music. Making your way straight through the album is an emotionally exhausting experience, but there’s really no other good way to do it. Each of the songs are devastating enough standing by themselves, but it’s the combined, layering effect of all of them together that makes this album such a towering monument of derangement and catastrophe. 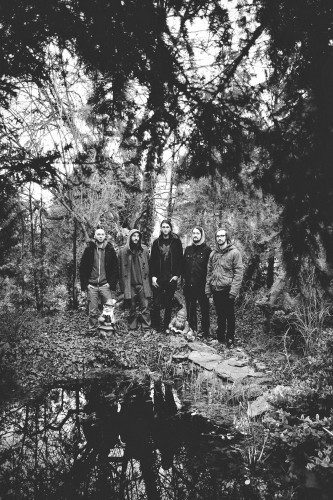 FVCK is The Canyon Observer’s third release, following two EPs — Chapter I: The Current of Her Ocean Brings Me To My Knees (2011) and Chapter II: These Binds Will Set You Free (2012). The album has obviously been in the works for a while, and the effort shows, in spades.

In genre terms, the music is an amalgam of sludge, post-metal, harsh noise, and doom. It moves from cyclonic storms of howling guitar dissonance and pile-driving percussive violence to relatively quiet passages laced with bleak, moaning guitar melodies that rise into spectral wails. There are strange minutes devoted to deep droning noises and gasping sounds (like the last exhalations of a thousand dying men), screeching feedback, and the squall of disorienting electronic sounds. There are also galvanizing eruptions of cataclysmic pounding. Urgent guitar chords ring like shattering bells or shriek like people in the melting heat of self-immolation. Bass chords come down like a rain of boulders or bubble up like magma.

As you might guess (or might wish), the vocals are completely unnerving. Sometimes shrieking as if his skin is being peeled off with a paring knife, sometimes roaring in a deranged fury, sometimes doing both at the same time, the vocalist is a pure sonic manifestation of insanity. But there are also strong yet staggeringly somber clean vocals that surface here and there. Somehow, in the context of what’s happening around them, they make the music even more disturbing.

I don’t want to give the impression that the songs are formless — because that’s not true. The Canyon Observer give them shape in a variety of interesting ways (including the deployment of huge repeating bass and guitar riffs that smash like sledgehammers), but at the heart of what makes the music so gripping, so riveting, despite the overarching sense of terror that it stimulates, is the drum performance. It’s a varied and inventive display of talent, but it also really anchors the music in extended segments of relentless, pile-driving power and propels it in a variety of magnetic repeating rhythms that spear right through the reptile part of your brain.

In a nutshell, this is a powerful and powerfully mind-altering album. Embracing it will be a challenge for many listeners — there were many times when I thought to myself, this is the sound of a mind disintegrating into madness. But for those who make a connection to it, I think it will make a strong and lasting impression. You can stream the whole thing below.

FVCK was mixed by Scott Evans (Neurosis, Old Man Gloom, Thou, A Minor Forest) and mastered by James Plotkin (Isis, Khanate). It will be released on November 20, in CD and digitally, by KAPA Records and Vox Project; CD and LP versions are due for release in January. Order the album HERE.

3 Responses to “AN NCS PREMIERE (AND A REVIEW): THE CANYON OBSERVER — “FVCK””