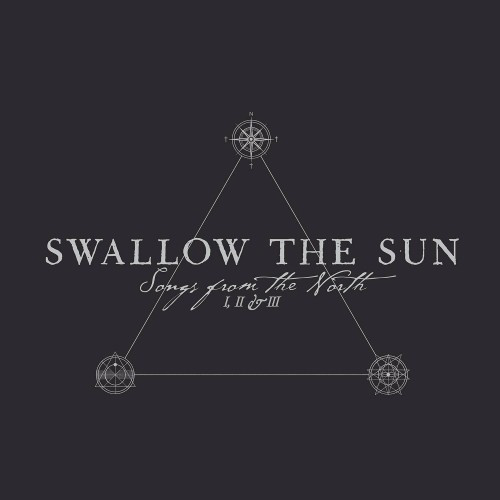 (Here are some ideas from Andy Synn….)

Recently my good friend DGR and I were having a discussion about the merits of Songs From the North, the new Swallow The Sun triple album, focussing mainly on which of the three CDs we considered the strongest overall, which we thought were the best songs across all three albums, and just generally shooting the shit about the reasoning behind releasing such a mammoth endeavour in one fell-swoop.

As expected, we eventually digressed into a wider discussion of the band’s discography, but came to loggerheads over how we viewed the band’s 2012 release Emerald Forest and the Blackbird. DGR thinks that, though it’s not the band’s best album, there’s still some solid songs on there. I disagree.

Because it doesn’t pass “The Setlist Test”.

What’s that you say? You don’t know what “The Setlist Test” is? Well, allow me to enlighten you.

“The Setlist Test” is my own personal metric I employ when analysing a new album, particularly on those (frequent) occasions when I’m listening to a new album by a band with an extensive back-catalogue.

It’s not the only thing I use to analyse an album, and it doesn’t apply in all cases, but it’s become a useful tool for me personally when dealing with the plethora of new albums and releases that land on my digital doormat every week.

The basic idea behind “The Setlist Test” is a very simple question that I ask myself every time I find myself listening to a band’s latest album:

“How many of these songs would I really want to hear in a band’s setlist in place of other, more well-known numbers?”

It’s predicated on the knowledge that a band’s live set only ever has a limited amount of time allotted to it, and an acceptance that the chances are they won’t be able to play every single song you want to hear, even if they’re headlining.

Of course there are always going to be certain pressures which bands feel when putting together their setlist(s) – there’s always going to be certain “classics” or “fan-favourites” that feel like they deserve or need to be played (for better or worse) at every show, balanced against an urge to throw in a few “deep cuts” here and there as a treat for their most dedicated fans (and, quite possibly, as a treat for the band themselves).

One particular pressure that’s basically impossible to ignore, however, is the need for a band to perform a lot of new material from their newest album once it’s been released. After all, they’ve written all these fresh new songs, they probably want to give them a proper live airing and, in the process, promote the album and hopefully get anyone who hasn’t already bought it to… you know… buy it.

And that, for me, is where “The Setlist Test” comes into play.

Let’s take Emerald Forest and the Blackbird as our example, shall we?

In this case I still stand by my assessment in 2012’s “Disappointing” album list, where I stated that:

“…overall it’s an almost painfully forgettable experience. Even some of the strongest hooks on the record are a shallow reflection of previous albums. The cruel irony is that the most familiar elements strike the ear as simply an imitation of past glories, while the attempts at integrating something new simply don’t land correctly.”

Ultimately, I still feel like there’s not a single song on the album that I can honestly say I’d prefer to hear at the cost of something else from their back-catalogue.

Now – that doesn’t mean that all the songs are universally awful. Not by any means. It’s just that, if I were to rank all the songs from all the band’s albums, there’d simply be so many songs higher up the list that I’d much rather hear, in terms of both the more well-known “classics” as well as a host of “deeper cuts” from other albums.

To me that’s perhaps the real test of a band’s newest, freshest release. The question of whether or not you’d be happy to have a song you already love dropped in favour of something new and (hopefully) exciting?

Of course, it’s not always fair to compare new songs to older, more established numbers on a 1:1 basis. After all, those older tracks have something of an unfair advantage in that they’ve had time to really integrate themselves into both the band’s setlist and their fans’ affections.

But, for me at least, “The Setlist Test” still serves a useful and important purpose. It’s useful not just for identifying albums that are a disappointment, but also in picking out stand-out tracks on any album, whether it’s overall a poor effort, or an instant hit.

Let’s face it, I know of several objectively/subjectively “bad” (or, at least, mediocre) albums that still contain one or two gems which, even on first listen, I thought deserved to carve themselves a place in the band’s setlist (the track by The Absence which I’ve chosen above is a perfect example of a great song, from a sub-par album, which I think would more than justify its inclusion in the band’s setlist… whilst several others from the same album definitely wouldn’t).

Ultimately, for me, analysing and considering the proportion of these sorts of tracks can be a real help in judging the overall quality of a band’s album.

So, next time that Band X releases a new album, and you want to compare and contrast it to their previous works, take a step back for a second and consider whether you’d be happy to sacrifice one of your established favourite tracks the next time you see them live, in favour of something new… something which, itself, might one day become one of your new favourites?

I think, if you’re honest with yourself, you might find the answer quite illuminating.

8 Responses to “THE SETLIST TEST”