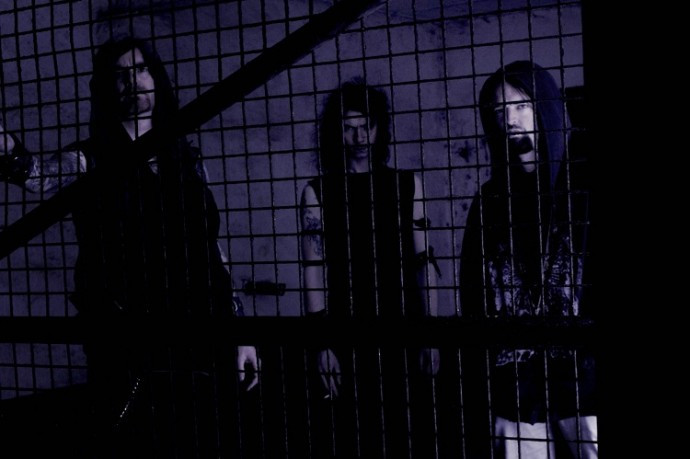 All has been said about this album, and I just needed a reason to get in contact with the band to hook out any plans… I was lucky enough ‘cause Alan found the time to answer my questions. Thanks Alan!

Hail Alan! Thanks for your time. I believe that you’re a bit tired of doing interviews about Dread Sovereign’s All Hell’s Martyrs album and Primordial’s record which Metal Blade released a year ago. So what kind of questions do you hate the most during interviews?

I’m just not interested in interviews much anymore. I don’t think they mean much anymore the way modern media is. A video or YouTube chat is worth way more press and I just can’t summon the enthusiasm for wasting my time typing all the time, as people always want to ask me deep and complex questions. Apart from the fact that no one generally reads webzines for interviews do they? They use the net to check out music mostly.

So typing for ages for an interview read by 11 people for a web page designed for a few people to try and get free stuff out of labels or into gigs for free… not much in that for me is there? 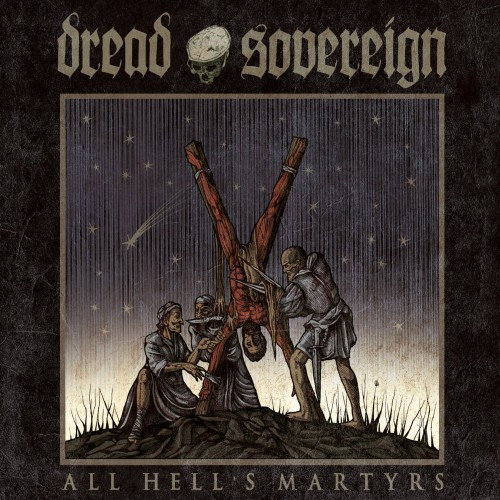 All Hell’s Martyrs sounds really mature in every detail, as if you worked on the album’s ideas for a long period. What was your prior intention when you started to compose this stuff?

I’ve had the riffs going around in my head for years. Just finally found the proper line-up and things fell into place quickly. No prior intention really, other than to follow only my own instincts.

Dread Sovereign looks like a logical evolution of certain Primordial aspects. Regarding lyrics — it is mostly anti-clerical content based on historical events and images of a metaphorical Devil. Regarding the music — it represents the doomy side of Primordial. What is Dread Sovereign for you? What kind of opportunities does it grant to you?

All Hell’s Martyrs’ lyrics are dedicated mostly to the tragic fate of the Christian movement of cathars. Do you feel the story of cathars nowadays?

Not really, it’s just a kind of fascinating period of history and I can’t write about fantasy. Not my style, so I wanted an angle to make things stand out. This was it…..

Dread Sovereign – Pray to the Devil In Man

“Chtulhu Opiate Haze” stands aside from other songs on this album because of its lyrics. What drove you to approach Lovecraft’s legacy?

The song is really about drugs….. Lovecraft is the gateway. He spent a lot of his time as a bed-ridden sick child out of his mind on medication. So I took the Lovecraft mythos as a metaphor for mind-altering substances. Also a chance for me to write a Chthulu song! And pay respects.

There’s a short interlude “The Great Beast” containing the speech of Aleister Crowley. What attracts you in his teachings?

I really just wanted some dark-sounding intros and his voice fits perfectly. Been a while since I sat down and read Crowley, but definitely his sense of character and personality is strong. His sense of humor and writing is stronger than people think.

Fans of Primordial know well that they can expect everything from you, but the last song of All Hell’s Martyrs is really an amazing track with a really unexpected finale. How did you form this composition of All Hell’s Martyrs, “Transmissions from the Devil Star”, with that fantastic “Sólstafir-like” solo at its end?

Like I said, Primordial and Dread Sovereign are different beasts. Basically I wanted the last song to have elements of German krautrock electro in it, this hypnotic movement near the end. Literally like a journey to a distant star. This was the last song to be written literally the week or two before, and the whole last section is kind of live-jammed in the studio together. It’s the song I’m most proud of!

Alan, there is a song “Ghosts of the Charnel House” on Primordial’s Where Greater Men Have Fallen album, and I know that you are always serious about your song’s lyrics. Did this song find a response in your audience? Do you feel that your listeners get you?

Some do, some don’t, but I’m glad we have a certain kind of person attracted to the band, we don’t get many Black Label Society beer-can-crushing fans. 🙂 People expect this seriousness and weight to the band and this is fine, because I don’t know any other way. I had wanted to write about child abuse in the church for a while, but I hate writing simple political messages so I needed to find the right imagery. I think we found it,

Well, do you feel a kind of responsibility when you write your songs? I’m meaning responsibility in a wide sense – not only before listeners who wait for one more musical monument of anger and sorrow.

Not exactly. I realized several years ago I am a musician, to trust in my instincts and believe in them. I’ve proved myself right, so I often think if this works for me it will work for fans of the bands I am in. To channel the same drive, energy and passion into everything is the most important. To show some character and flaws if needs be, but to give it all, all the time.

How do you see Dread Sovereign now? Is it a form of self-expression, a work of art, or a way of communication with other human?

It’s just a doom metal band, we aren’t out to change the world…. it’s something unique and special to me but without a doubt something I feel I have to do. Musically, to also write songs and play the bass as well, another string to my bow other than Primordial, etc. Of course it is art on some level but don’t get too caught up in all the hyperbole. 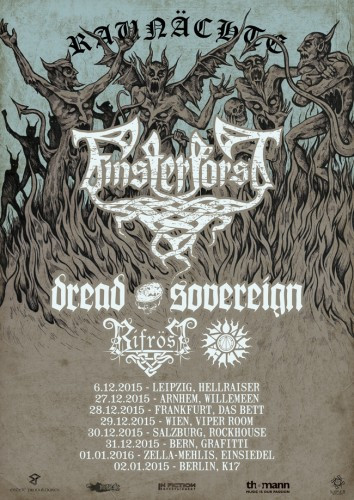 The last albums of Primordial were released by the almighty Metal Blade Records. Why did you choose Ván Records for Dread Sovereign? Wasn’t it possible to release it through Metal Blade too?

I never asked. Dread Sovereign is a small underground band and Ván is perfect. We fit in great there and Sven is a great guy. It’s easy and relaxed and informal and based on honour. I love the people at Metal Blade also, of course, but with Dread Sovereign I have no worries about sales or any kind of the same pressure. It happens when it happens!!!

Dread Sovereign plays gigs from time to time, but there’s nothing heard about your next record. What are your plans for the next release?

There is a plan for a new 12” and mini CD to come in the first 6 months of next year, and we will do a small tour at the end of the year in GAS, things keep moving in their own odd way. Take it easy….. stay doomed.