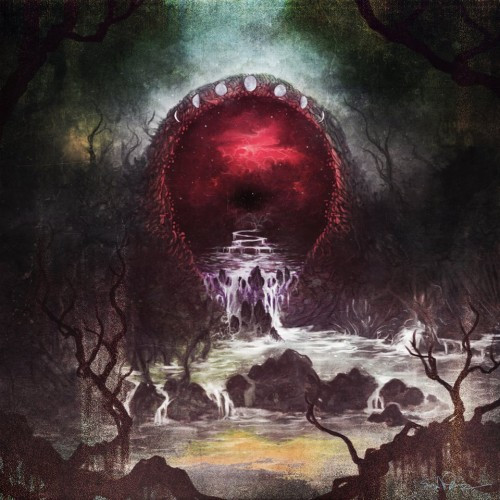 (We present Grant Skelton’s review of the debut album by Seattle-based Un.)

“All is vanity. What does a man gain by all the toil at which he toils under the sun…All things are full of weariness; a man cannot utter it…”

Do you remember the last time you listened to an album, metal or otherwise, that you connected with? I don’t mean an album of good, or even great, music. Not something you put on as background noise. I mean music that sounds like it was written expressly for you. Have you ever heard a metal song, perhaps even without knowing the lyrics, and felt like the music was telling the story of your own life? Something so personal that you’d swear the songwriters were watching your very life and innermost thoughts? For me, Un’s debut The Tomb Of All Things is one such album. 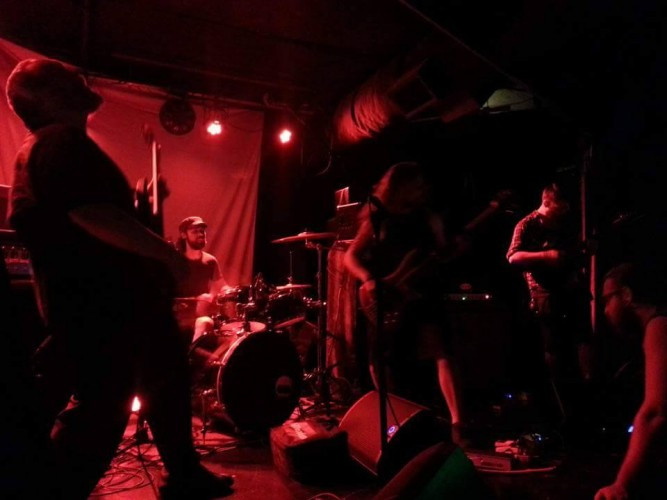 With most of my reviews, I do try to be somewhat detached. I hesitate to say “objective,” because this is music we’re talking about and one’s enjoyment of it is highly subjective. But, in this case I have no qualms about revealing my attachment to this album. This review is very subjective. The Tomb Of All Things came at a time when my life needed this music. Like the songs themselves were written just for me in my current circumstances. In those private moments when it’s just you alone with your own mind and the music. This album did something that not many metal albums have done. It moved me.

Thematically, The Tomb Of All Things considers the futility of action, and whether there is any meaning either in action or inaction — in persevering, or in remaining stagnant. It is an album that ponders the absurdity of life, mortality, and even meaning itself. Existential philosophers like Jean-Paul Sartre, Soren Kierkegaard, and Albert Camus wrote at length about the concept of absurdity. You might define absurdity as the human conflict between meaning (whatever the source of that meaning) and the inability of our faculties (reason, faith, interpersonal relationships, imagination) to adequately define that meaning.

Have a look at this excerpt from Albert Camus’ essay “The Myth Of Sisyphus:”

“The gods had condemned Sisyphus to ceaselessly rolling a rock to the top of a mountain, whence the stone would fall back of its own weight. They had thought with some reason that there is no more dreadful punishment than futile and hopeless labor….As for this myth, one sees merely the whole effort of a body straining to raise the huge stone, to roll it, and push it up a slope a hundred times over; one sees the face screwed up, the cheek tight against the stone, the shoulder bracing the clay-covered mass, the foot wedging it, the fresh start with arms outstretched, the wholly human security of two earth-clotted hands. At the very end of his long effort measured by skyless space and time without depth, the purpose is achieved. Then Sisyphus watches the stone rush down in a few moments toward that lower world whence he will have to push it up again toward the summit. He goes back down to the plain.”

Compare the concept of Sisyphus’ plight, along with the Ecclesiastes passage above, to these lyrics from The Tomb Of All Things:

And on this journey, I’ve found nothing

But through this process, I’ve gained nothing…”

“Must I completely abandon this life

Before I am no longer haunted by myself?
…
Fingers bloodied and nails torn back

But I will keep digging this shallow grave endlessly

To leave an empty existence…”

After the introductory ambient hum of “Epigraph,” the album opens with “Sol Marasmus,” possibly the slowest track among the four. “Sol” is the Latin word for “sun.” “Marasmus” is a medical condition of extreme emaciation. It derives from the Greek word “marasmos,” meaning “decay.” When I spoke with Un’s vocalist and guitarist Monte McCleery, he explained that “Sol Marasmus” concerns the death of the universe. He elaborated, “as all the stars in the universe are dying, the last remainder of life gathers around the last living star to share its final moments together.”

The album’s title track, which closes the album, acts as a sequel of sorts to “Sol Marasmus.” McCleery described The Tomb Of All Things as a narrative of “two specific astronauts on their journey to the last star.” The universe is a thing seemingly without boundaries. Something possibly infinite. “Sol Marasmus” and “The Tomb Of All Things” are two halves of a whole in which the infinite becomes finite. And passes away.

Between these two bookends are the tracks “The Forgotten Path” and “Through The Luminous Dusk.” Whereas the two former tracks deal with cosmic collapse, these two middle songs deal with a personal struggle against the absurd. The lyrics to “The Forgotten Path” show us a narrator who, like Sisyphus, forges ahead on a road that may lead nowhere, a journey that may not even have a destination. Perhaps the path has been forgotten because no one has made the journey both ways. The narrator finds nothing. And yet he walks onward, shedding his skin. But finding nothing. Nothing changes. Nothing improves. But he walks. He rolls the stone up the hill, only to step aside while it rolls back.

Examine next the ceaseless digging of one’s own grave in “Through The Luminous Dusk.” The speaker here is haunted, seeking to abandon his own life. He digs until he rips back his nails, only to go deeper into the earth. He yearns for an escape from an “empty existence,” seeking that escape in a grave with no bottom. Scenes like these brought to my mind Jean-Paul Sartre’s play “No Exit”. The journeys on Un’s album have no end. They are perpetual motion with no purpose. Movement without meaning. Just like Sisyphus, the absurd hero. The simple prefix that the band chose for their name even means “not.”

But what about the music? This is a metal album we’re talking about here, right? Un play like they have been together for a decade or more. These four musicians are musical storytellers of the highest caliber. The personal reflections I’ve made about this album came before I read a word of lyrics. Sure, the lyrics illuminated my understanding of the musical themes. But the narratives on this album are really told by the instruments and vocals.

Call Un funeral doom if you like. I’ve seen some other reviews refer to The Tomb Of All Things as post-metal or sludge. Whatever you call it, shut off the world when you listen to this album. Put away your phone, turn off the television, and really engage with it. It will take you to places that, while not necessarily pleasant, are nonetheless very rewarding. Perhaps even hopeful, however faint that hope may be. Faint hope is still hope.

The Tomb Of All Things is available now on Black Bow Records. Links to purchase the album are below. Also, visit Un’s Bandcamp page to get free downloads of their 2012 and 2013 demos.