(This is the second of a five-part year-end list by Wil Cifer. Part One can be found here, and we’ll have the remaining three parts over the next three days.)

In sorting through the black metal albums that stuck with me this year, the key seemed to be diversity. Blast beats for the sake of blast beats have grown stale. These are the bands who took the conventional trappings of black metal and made them their own, and created the kind of music that I looked forward to hearing.

Most of these bands added other elements, ranging from death metal to folk to prog, as they broadened the bounds of black metal rather than just remaining cvlt enough to not be false. This year the bands hail from a little of everywhere: Norway and Sweden still have a presence, but so do America, France, Portugal, Italy, and Iceland. So grab a bic and get ready to torch some churches ‘cus here we go….

Here is an album that I wanted to go back and give more time to, as with every repeat listen it grew on me. Infernus might be only the original member, but he carries the vision of their sound. I could really care less that Pest got kicked out of the band, as I feel Ghaal’s moment with the band cannot be touched. Just a case of the right people together at the right time.

In some ways this might be the most mainstream Gorgoroth album yet. That is not to say they turned into Behemoth; it is more of a testament to how finely honed a metal machine this band have become. They are not just dialing it in, and the music carries enough blasphemous hatred to appease most of their older fans who are willing to move past the Ghaal days (and the Pest days for that matter). 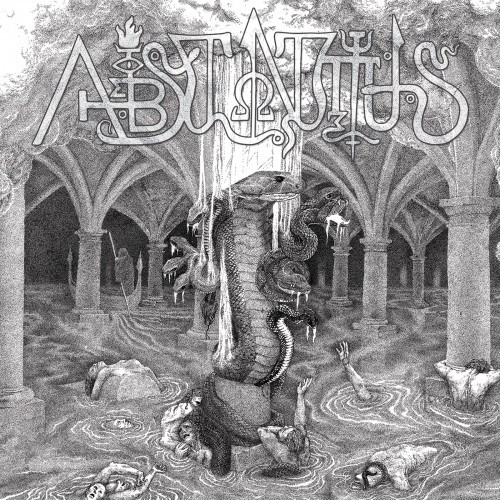 A couple years back France was still pumping out a ton of killer black metal, all of the bands with their own unique fingerprint. The trend this year seemed to be a bunch of Deathspell Omega worship. While these guys might pull from a similar dissonant and angular darkness as Deathspell, they are not jumping on the bandwagon.

Certain songs take multiple listens to fully ingest what is happening. They hit you with crunching angular wreckage mixed with more traditional back metal pacing. The vocals carry a low inhuman quality to serve as the perfect narration to the collection of hellish sounds gathered here.

Absconditus are not afraid of being separated from the cool kids for playing unapologetic metal, while many black metal bands this year seemed more like punk kids tremolo picking. 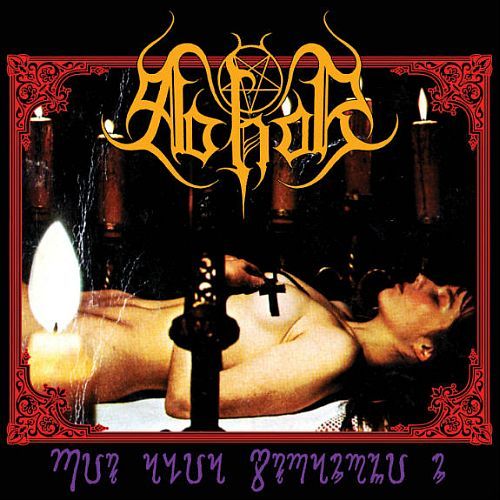 This band draws ample influence from the first wave of black metal bands and hits the same sweet spot for me that Mortuary Drape does. They are able to conjure all the darkness black metal should without being reliant on blast beats.

The horror movie elements pile on the creepiness almost to the point of making this album at times sound more like doom than what we think of black metal post-1996. At times there is more of a Darkthrone black ‘n’ roll roar, but overall they build a sinister atmosphere without losing sight of their invocations by dipping into any minimalist post-rock boredom.

When this band is in full blast mode they might be Cascadian black metal, but they pull from a wide array of sonic colors. Sometimes they are more folk metal, just without having to sound like a drinking song from Middle Earth. Violin has as much place in the songs as blast beats, and sometimes perhaps more. Their music is dark and chilly like an overcast dusk hovering over a forest.

Their drummer might be killing it to the max throughout, but this doesn’t diminish their collective efforts, which have talent dripping from every direction. The band might list themselves on their Facebook page as being blackened apocalyptic doom, but this only goes to prove you cannot believe anything you read on Facebook, as it emotes from a place of yearning and transcendence instead of mourning.

It makes perfect sense that Fallen Empire is working with this album, as it has the cavernous moodiness their bands are known for, but this Icelandic metal machine also throws everything they have at you with hellish intensity.

These guys nail the unholy grail of being just as heavy sonically as they are metal, though they do churn out some of the things you expect from black metal, even managing to make many of these conventions sound even darker.

I can see from a production standpoint how someone might mistake this for death metal, since it is so bellowing, but it’s more introspective in its aggression and offers different shades of dissonance to paint the blackness with. 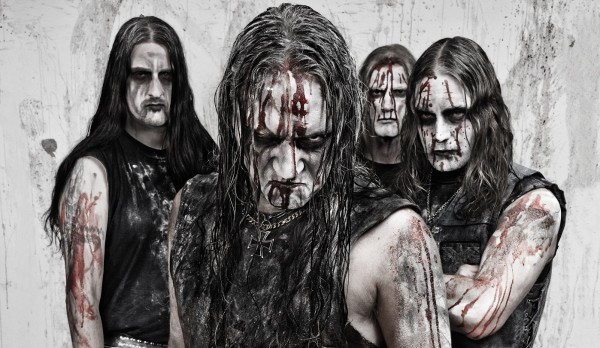 Of all the second-wave black metal bands, Marduk has always felt like the AC/DC or Motörhead of black metal. Both bands are finely-tuned juggernauts that have mastered the straight-up, in-your-face approach to rocking. With both AC/DC and Motörhead, there are certain eras of their work I prefer over another, say the Bon Scott years, or with Motörhead my cut-off point is Orgasmatron.

With Marduk I’m open to most of their discography. Here they continue polishing their raw and to-the-point style of black metal. What they do best is very much intact. There are plenty of blast-beat-ridden moments, and they allow for the occasional gallop. even dabbling with the tried-and-true formula, like their doomy trudge on “503”, in a way that really pays off for them. Even after all this time, these old dogs adapt to several new tricks without selling out and still allow themselves to grow. 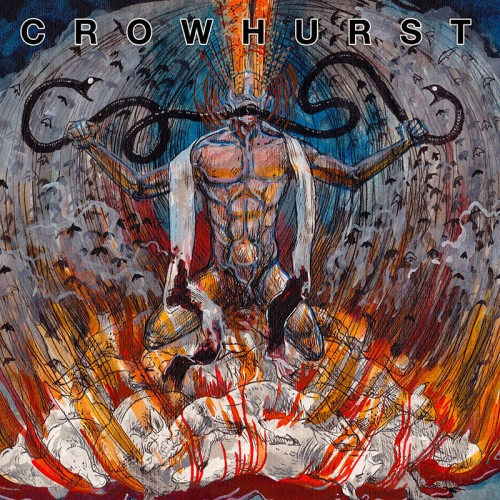 They allow dissonance to sweep through their songs, with vocals that are rabidly feral. When the blasts do come, they do not run away with the song, but are only one color in a vast canvas they paint their sound upon.

When they go into “Judgement” they slow things down and are able to set aside the metal distortion until it’s needed in order to serve the song. Layers of sonic tension build, allowing the band to make the most of the moments where they allow themselves to indulge in creative choices that set them apart from the pack.

Sometimes they push these experiments to extremes, however the songs that are actually songs and not just noise-driven sonic experiments are close enough to perfect for me. 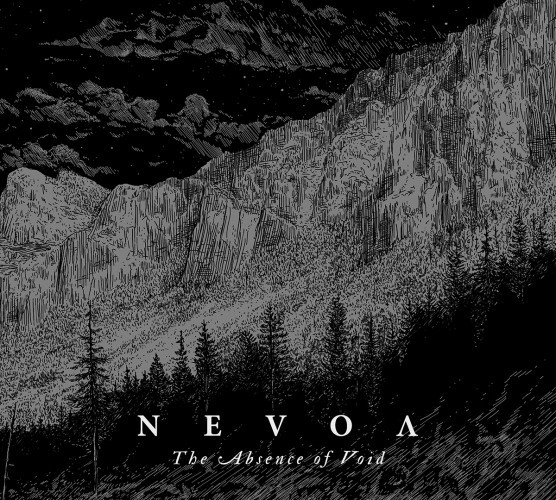 Portugal has been pumping out the metal this year. This album is surprising due to its clean production. The guitar tones are very crisp, and the mix leaves room to actually hear the bass, which is rare for black metal. One thing that is impressive with these guys is that even when they fly into the blast beats everything retains clarity and doesn’t turn into a bunch of pots and pans falling out of a closet.

Nevoa are atmospheric without losing all form and function. They touch on a chilling drone that doesn’t just become white noise and numb you out. Due to the Scandinavian roots of black metal bands, they tend to get referred to as having a coldness. Despite the geographical difference, there is a similar starkness to these riffs; they are more emotionally cold than the musical translation of the physical nature of the cold lifestyle that haunts other black metal.

More than likely the best black metal album you didn’t hear this year. 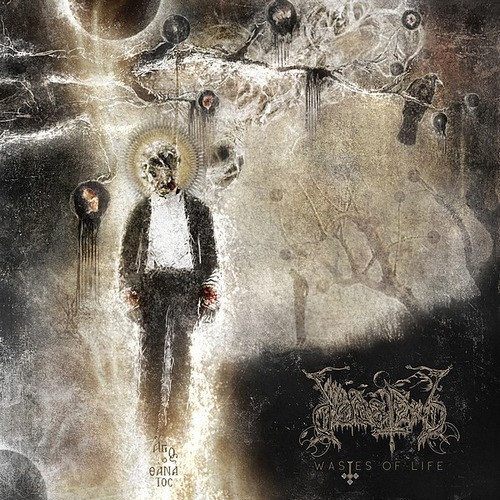 This album is the kind of thing you might want to blare at someone you hate if you have them tied up in a dark room. Full of stellar guitar work that seldom graces black metal (come on, admit it, when was the last time you thought about shredders in black metal?). When the actual metal kicks in, they don’t jump to a blast beat and churn on, something that has more of an old Shining feel… the Swedish band, not the spastic band from Norway.

West Virginia is an unlikely breeding ground for this kind of music. Roughly black metal in some sense, it is highly progressive in the same manner as old Agalloch. The clean vocals are stronger, and they layer clean sounds and the more metallic grim ones through a different lens than the Portland band.

In some ways these sounds are blended much like their label-mate Panopticon. The clean tones are very organic and often allowed to stand alone. They blast pretty furiously into “Lost on the Trail of the Setting Sun”. The drums are masterful insanity in motion, the footwork pretty breathtaking even in a genre where it is expected. The vocals are well-layered and punchy.

While they work in many twists and turns over the course of a song, they do not exceed the seven-minute mark. They are also good at not placing the clean vocals in the obvious Killswitch places to make it into a good cop/ bad cop dynamic.