We have arrived at the fourth installment of our 2015 list of the year’s Most Infectious Extreme Metal Songs. Like the first three, this one includes three songs. All three of these are types of death metal, but certainly not the same type. It’s also kind of hard even to slap a genre label on any of them individually, other than the broad one to which I just alluded.

If you’re new to this evolving list, go HERE to see the songs we’ve already named to it and to learn what we mean by “most infectious”.

The debut album of this German “super-group” drew a lot of attention from us this year, including a premiere of the song I’m now adding to this list. culminating with my comrade Andy Synn naming The Malkouth Grimoire both to his list of the year’s “Great Albums” (here) and to his list of the year’s “Critical Top 10” (here) — anointing it “the No. 1, ‘best of the best’ album of 2015” and lauding its “sheer creativity, mind-blowing instrumental prowess, ball-busting heaviness, and esoteric, progressive melodies”.

I’ll now add another adjective to all of those: lots of the songs on the album are also damned infectious, and none more so than the title track. Enjoy it below….

Cattle Decap’s latest album, The Anthropocene Extinction, is another one that made my friend Andy’s year-end lists of 2015’s “Great Albums” and the “Critical Top 10”. And so I’ll borrow his words again from that Critical Top 10 write-up:

“Flitting between frenzied intensity and bleakly anthemic grandeur, this is a record that doesn’t sacrifice its underlying extreme nature in favour of catchy hooks and big riffs… it simply swallows them, chews them up, and spits them back out again in a hailstorm of blitzkrieg blastbeats and massive, bone-grinding riffs, all melted and mangled together into a series of unflinchingly vicious, grimly infectious, honest-to-goodness Death Metal anthems, topped off with the ever-versatile, ever-visceral vocals of one-man abattoir Travis Ryan.”

As is true of many albums that have been and will be the source of songs for this list, I had more than one candidate from The Anthropocene Extinction. But in the end, “Manufactured Extinct” hooked me the hardest. A stand-out song from a stand-out album: 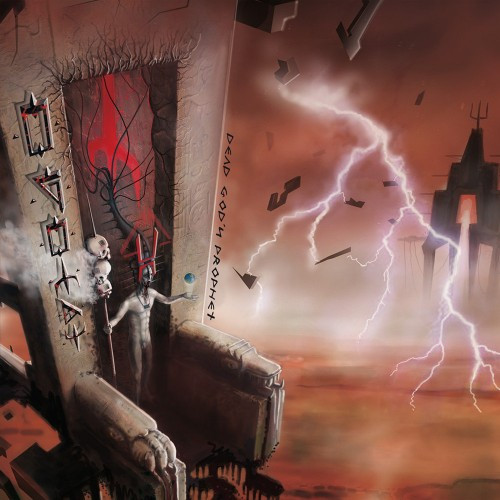 Though these Most Infectious Song lists have tended to become longer and longer as the years have passed since I begin compiling them, I’ve always tried to follow a few organizing principles: To celebrate metal’s diversity, I’ve tried to include a broad mix of metal genres, and I’ve also made an effort to include lesser-known names as well as bands who’ve become widely known. The Polish band Ogotay may not be as well-known as the first two bands in this trio of additions to the list, but they deserve to be on this list.

The band’s second album Dead God’s Prophet was released at the beginning of August by Selfmadegod Records, and we had the pleasure of premiering a song from it in advance of that release. The album also drew other accolades at our site, including an appearance on KevinP’s list of bands that in his view made Poland the “best metal country” this year. The song we premiered from the new album (“Entering the Void”) also made our friend eiterorm’s list of “most infectious” songs.

I was very close to putting that same song on my list, but a last-minute nudge by my comrade DGR in favor of “Huge Fucking Nothing” caused me to reconsider. “Huge Fucking Nothing” is a savage, bone-grinding death metal barrage, but it’s also a real neck-snapper, and it includes an absolutely insane guitar solo. Yet though it was a close call, in the end I came back to “Entering the Void”.