We have arrived at the fourth installment of our 2015 list of the year’s Most Infectious Extreme Metal Songs. Like the first three, this one includes three songs. All three of these are types of death metal, but certainly not the same type. It’s also kind of hard even to slap a genre label on any of them individually, other than the broad one to which I just alluded.

If you’re new to this evolving list, go HERE to see the songs we’ve already named to it and to learn what we mean by “most infectious”.

The debut album of this German “super-group” drew a lot of attention from us this year, including a premiere of the song I’m now adding to this list. culminating with my comrade Andy Synn naming The Malkouth Grimoire both to his list of the year’s “Great Albums” (here) and to his list of the year’s “Critical Top 10” (here) — anointing it “the No. 1, ‘best of the best’ album of 2015” and lauding its “sheer creativity, mind-blowing instrumental prowess, ball-busting heaviness, and esoteric, progressive melodies”. END_OF_DOCUMENT_TOKEN_TO_BE_REPLACED 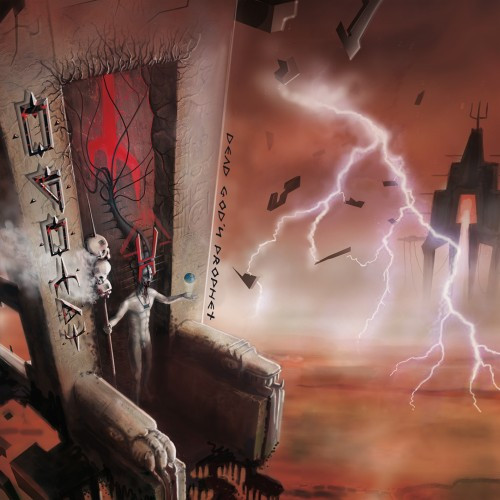 The Polish death metal band Ogotay have completed a new album (their second) named Dead God’s Prophet that will be released by their new label Selfmadegod Records on August 1. We were given the opportunity to premiere a new song from the album of our own choosing. After listening to the album and liking it a lot, I agreed.

But picking the song turned out to be more difficult, because there is a lot of good stuff to choose from on this release, and the songs certainly aren’t all alike. The one I eventually chose was “Entering the Void”, which is the album’s fourth track. END_OF_DOCUMENT_TOKEN_TO_BE_REPLACED