(This is Part 4 of Wil Cifer’s five-part year-end list. Part 1 focused on “Mainstream” metal, Part 2 on black metal, and Part 3 on death metal.)

This one was the hardest list so far. I need darkness and a sense of loss emoted from my doom. Though there is a far wider range of emotions expressed in the following albums, drugged bliss, anger, and introspective melancholy are a few of the more prominent ones. Some have a dash of death metal to them, others shoe-gaze or blues. Funeral doom is my favorite sub-genre, and there is a fair showing of that. Some bands you might have expected to see here could be popping up on other lists to some extent, as their sound has changed. When it came to ranking my top ten doom metal albums of the year, it came down to which albums I have listened to more and see myself continuing to go back to.

In today’s iPod-shuffling and ADD culture, a double album is ambitious, and even becoming an obscure phenomenon as more artists are reluctant even to invest in more than an EP with today’s diminishing record sales. Swallow the Sun took a step in an even bolder direction by putting out a triple album. The three albums offer a wide range of tastes into the varied sub-genres doom touches upon, even mellowing out into a more prog direction.

To make it through all three albums requires commitment, but fans will eat up every ounce of melancholy extravagance. Many of the songs drew me in, even though a triple album with 12-minute songs is a little much, and much like the Use Your Illusion albums, could have been condensed into one killer album. 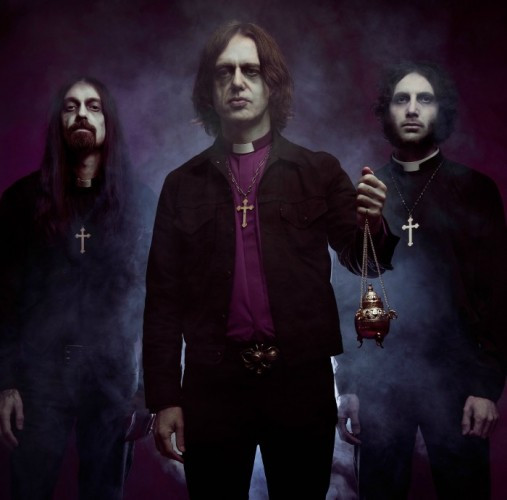 The rule of thumb seems to be that super-groups sound better on paper than what the reality turns out to be. From the first song of With the Dead’s self-titled album, this is not the case. Lee Dorian of Cathedral teams up with some of the guys from Electric Wizard to sludge out some oppressive fuzz dripping in darkness. The effects slathered on Dorian’s voice are a good choice to keep this from sounding like Cathedral. These guys are all about the power, but leave a little room for the more subtle melody of the solos to warble over their pounding. Very impressive, with high hopes for more.

This album really had to battle it out with number seven and, while this is more of an overwhelming piece of work, the twenty-minute songs made it hard for me to get multiple listens or really desire to commit myself to them, even though I like what is going on here.

The growth and new ground broken is undeniable. This is a beautiful album. But I wish some of the songwriting could have gotten to the point. The same thing could have been conveyed (at times) in ten minutes, as the passages that droned on with the same theme for so long would have been better served abbreviated. The doom genre can stand at a tricky spot bordering on stagnation if bands allow drone to overcompensate for lack of songwriting. While it is not the case for this album, it makes me wonder if the band felt obligated to draw out certain passages so they would not be seen as any less relevant. 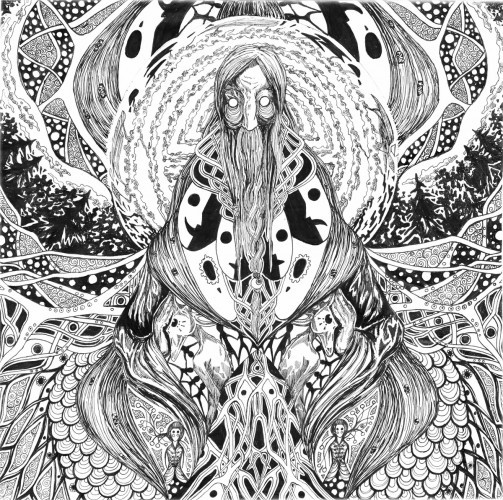 The drugs blur the lines in this album, which is often dark and apocalyptic in its looming power. The guitars are very sonic, but not obligated to always go overboard on overdrive. Riding the line at times into stoner rock, it’s the apocalyptic nature of these spiraling jams that leans them more toward doom. One of the most unique albums on this list, one that defies being stuck neatly into a box.

The appearance of harsh vocals on this one help keep the Pallbearer comparison from being a distraction. They have their own personality that is shown when the guitarists pull out some sweeping shredding or in the choices the lead singer makes when it comes to melodies. These guys have chops, and with more listens it’s easier to hear where they stand on their own two feet. This was crafted with a ton of heart and rocks with the power of classic metal.

2015 might not go down as the year that doom broke big, but these Finnish Doom merchants come on strong.  This very deathly brand of doom finds the riffs weeping in blood. Speaking of weep, most bands would bore you to tears to with a twelve-minute opener, but these guys keep you in the moment. The tempo picks up from time to time, but doesn’t lose the grasp of darkness by going into a stoner-rock boogie. The vocals are a low gurgle, and the guitars maintain just enough chug to keep you confused as to whether this is funereal doom or not.

This album is solid. The long-winded songs generally do not drag, and keep your attention. These guys have established themselves alongside the likes of Evoken and Pallbearer with this one, as they have gone above and beyond by putting a great deal of thought into these songs, not just satisfied with being heavy. 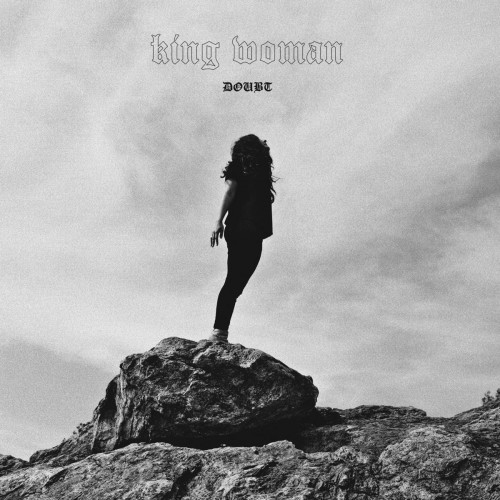 Dark and droning, this blues-drenched doom forsakes rock ‘n’ roll to become more hypnotic. In fact it often finds itself having just as much in common with shoegaze as it does doom; the lines get blurred in the most delicious manner. There is that depressive, mourning quality to the music. The guitar sobs with it. The distortion is thick, but in the same way it’s thick for a band like Hum. The deliberate delay of the drums doesn’t prolong the pregnant pauses, but keeps the songs moving. The thundering drums keep the sunshine out when the pace picks up.

It’s pretty refreshing to have a doom album where all of the songs are not over ten minutes long. Everything is very concise and to-the-point, but the band use the time wisely to take you on a journey.

Though the band’s sound has been evolving ever since their formation in 1990, except for when the distinctive voice of singer Aaron Stainthorpe comes in you would not guess the first song is My Dying Bride until it slows down at the two and half minute mark. At first the violin’s initial role is toned down, but when it comes in the sound is unmistakably My Dying Bride. When growled vocals roar in, they find themselves laid atop a much more up-beat metal gallop than what they band ever churned out in their hey-day. It does eventually slow down into the more mournful sound that My Dying Bride is known for.

In their press release the word “epic” is used to describe their sound, and as cliched as that term might be in metal, it describes the more regal dynamic this album oozes. The production plays a huge role in this, and so does the shifting of genre lines as they go from straight-forward metal to some almost post-rock with the clean guitar. Overall, despite the changes and the more in-your-face metal moments, this album excels at pretty much every step of the way.

If you are a fan of the band you will have little trouble embracing this along with the rest of the catalogue (putting to one side the odds and ends they tossed us with the Anti-Dulivian Chronicles). 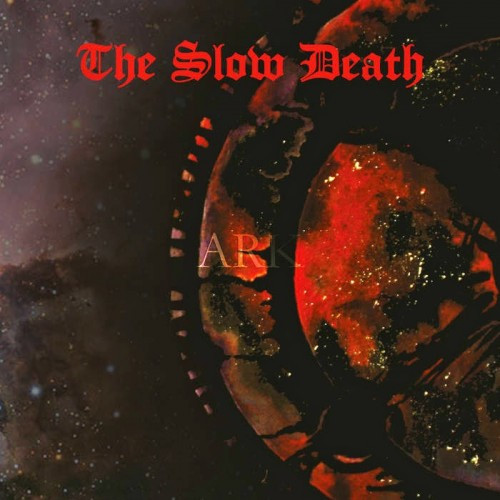 This might be the most underrated album of the year. Mandy Andresen from Murkrat and Crone lights up the first song with her vocals, and she is followed by dueling growls, both gurgled lows, that are the posthumous performance of Gregg Williamson, who died before the album’s release. Pallbearer’s Brett Campbell contributes guitar to this album.

Sure, it is common for doom to often feel like a classical composition, and the dense drone drags from one song to the next often seamlessly. Mandy’s vocals work similarly to Campbell’s in Pallbearer, soaring over the grim rumbling, but she is constantly showing different facets to her singing. Like some moments on the last Pallbearer, this song explores at times that place where shoegaze and doom meet. The solo on this song is pretty impressive; while I like to hear the band has chops, that sort of thing doesn’t normally make me sit back and say, “Damn, that shit was on fire.”

This is what I want more of in my life. Without question, this is a 10, not a dull moment, the long songs don’t seem long because I am engaged in it. 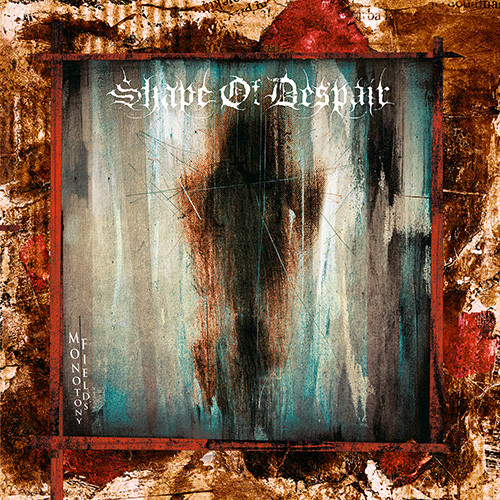 This Finnish band has taken the past fifteen years to perfect their very melodic and atmospheric brand of doom. The vocals range from are a low gurgle, to female oohs and aahs, stacked like Type O Negative in the background. They stay on a depressing path throughout. The oppressive feeling is almost tangible. The band are aware they have been notorious for putting long spans of time in between releases, so everything is right where it should be, with every nuance dialed in, so it was not time wasted. They might not dig as deep and dark a grave as other funeral doom bands, but the songs are masterfully varied and dynamic and create an awesome album.