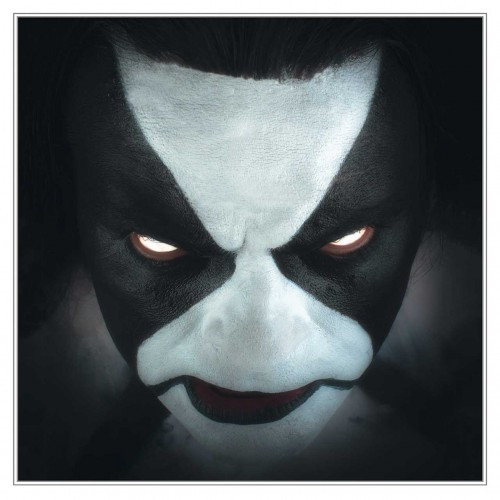 (Wil Cifer reviews the new debut album by Abbath — which premiered today as a full-album stream at this location.)

The war was waged on the battle planet of the blizzard beasts and Abbath Doom Occulta walked away from Immortal with his solo project Abbath. It is rumored that the songs on his eponymous solo debut were written for the follow up to All Shall Fall. So if the other guys walked away with the name while Lord Occulta came out of the fray with these songs, then he might just be the winner.

Having enlisted Creature (aka Kevin Foley, who also drums for Benighted) and Gorgoroth bassist King ov Hell, the latter’s influence can be felt in the intensity of the first song. It bites like the artic winds, and it’s not until the second song “Winterbane” that you are able to notice more of the nuances and hear the ice-coated black metal Immortal once made. Half-way into the song, you will already find it hard not to headbang along. 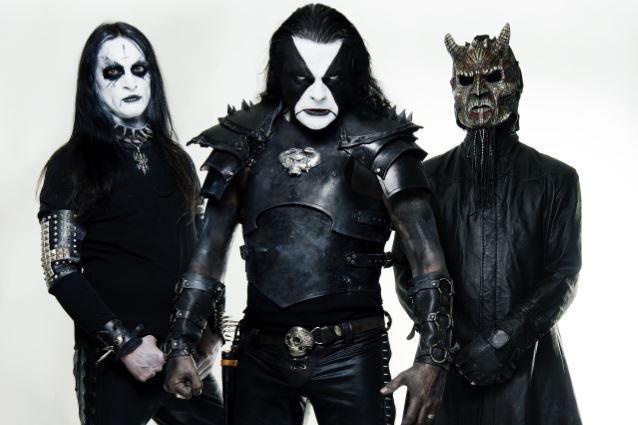 Abbath’s vocals still have the signature croak to them, but delivered with a more forceful rasp. At one point, he even goes into a more sing-song spoken vocal that comes close to singing. The vocals are always well-placed and have a clear purpose rather than just screaming for the sake of screaming. The lyrics sit like frost on the catchy riffs, though I’m unsure which side of the fence his brother-in-law Demonaz sits in the Blizzard battle; the lyrics do carry a hint of the epic fantasy he injected into the Immortal songs.

It is very evident that Abbath was the thrash fan of the band, as the guitar carries a very jagged attack. The drummer proves a very creative force in keeping the intensity high, without resorting to blinding blasts. Though those do begin to crop up a few songs into the album, most are saved for the big finish.

One thing I noticed on this album is the fact Abbath can actually shred, when he wants to. Perhaps this was always the case and I just failed to pay attention to the solos on Immortal albums. The spiked boots begin to press on the gas once the album gets to “Fenrir Hunts”, which starts at a Slayer pace and speeds up from there. They do dial back the pace for “Root of the Mountain”, where the chords ring out with majestic melody. This one has a pretty solid throb to its groove, and even when it breaks down into the more thrashing gallop it only gets better.

The album ends with the blasting mania of “Eternal”, which should silence any unbelievers as to whether these guys are black metal. It’s one of the fastest songs I have heard in some time, and pulled off better than most bands’ efforts to achieve similar velocity.

This well-crafted album captures all the aggression you might want from the genre , so you can color my black heart impressed.

Abbath will be released by Season of Mist on January 22 worldwide. It’s available for order here.