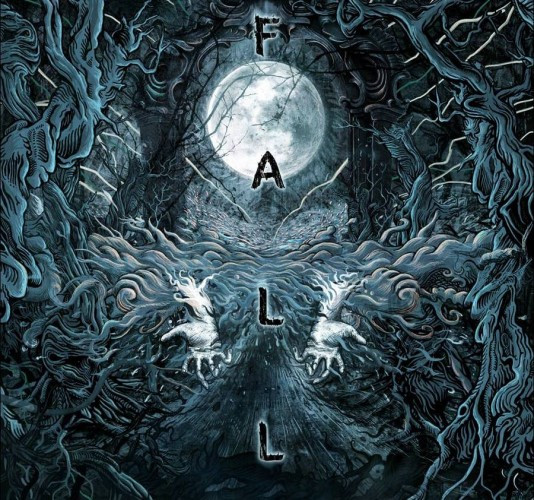 (TheMadIsraeli introduces our premiere of the new album by Fall from Corpus Christi, Texas.)

So here we are. We debuted a song from Fall a couple weeks back. I really like these guys, and this record, and there’s a stream at the bottom of the post so let’s get to the nitty gritty here.

Fall play a brand of pretty modern-minded, slightly progressive melodic death metal that invokes the best aspects of Soilwork, with ambience and syncopated grooves that call Textures to mind. It’s a cool sound, especially for a first full-length effort by a young band. And given the excellence of The Insatiable Weakness, this band deserves the exposure and recognition. 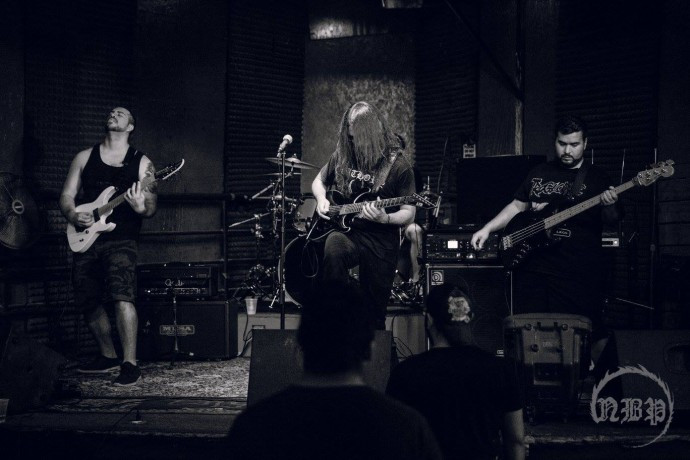 “From Ashes” is a fucking kickass opener and, out of all the songs on the record, definitely the best way they could introduce themselves. It’s an immediate attack of Gothenburg tradition that sounds like it came directly off Steelbath Suicide, and the carnage begins.

There are tons, TONS, of tempo changes and transitions, with low-end focused grooves that bring out the Textures influence, Soilwork-style pedal-point and bluesey riffs, and huge melodic choruses. This is pretty much the modus operandi for the entirety of The Insatiable Weakness and it’s a solid yet unexpected combination of ideas that works very well.

Songs like “Not Of The Sky” and “Harvester” are more reserved melodic numbers that rely more on the band’s proggy undertones, but you’ll also get scorchers like “Cinis”, “Soul Ignition” (the best chorus on the album), and “Gods Of Ruin. The song the band seems to have pushed most heavily, “…To Dust”, combines the best of Soilwork with a tiny bit of Bloodshot Dawn thrown in for good measure.

The riffs are great, the song-writing is interesting and unpredictable, and the vocals of Jesse Santos are REALLY good, with lots of power and depth. He’s also got some fantastic clean vocal melodies.

Overall, this is a fantastic debut from a promising young band. Check it out and let us know what you think. The album will be released via Bandcamp on January 26, 2016.

6 Responses to “AN NCS ALBUM PREMIERE: FALL — “THE INSATIABLE WEAKNESS””