(We welcome Jay Lawrence to the pages of our putrid blog. He is a self-described long-time metal nerd from Philadelphia with a specific penchant for black metal. He likes both cats and dogs, couldn’t care less about the Eagles or Phillies, and doesn’t want to hear about your experiences with cheesesteaks. He shares with us his review of the wonderful new album by Scotland’s Fuath.)

Look at that cover artwork. Could anything be more fitting for a winter release?

I suppose I’ll begin by telling you what you’ll all be able to find out when this band and album eventually get added to Metal Archives: Fuath is a Scots Gaelic word meaning hatred, which is an interesting choice in my opinion, but more on that later. Fuath is also the latest endeavor from the Scotsman Andy Marshall, well-known previously within our community for his work with Saor, formerly Àrsaidh, — direct, if far more mature descendants of Andy’s early project, Askival, and all of those projects being black metal of an epic, Celtic folk-influenced nature. This is not true of Fuath, which certainly explains an entirely new brand being created under which to release this album. 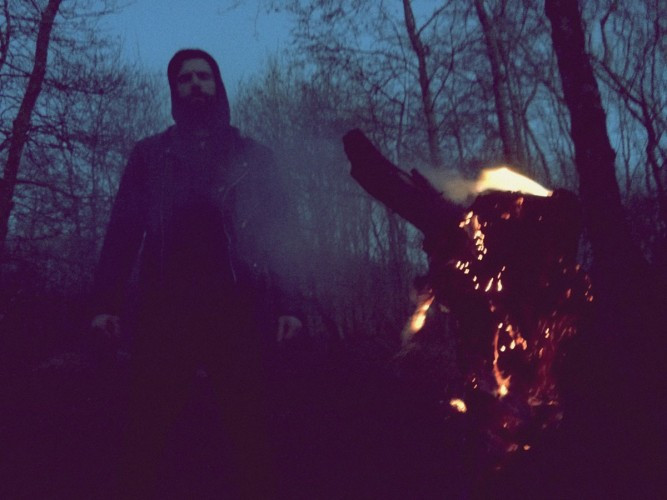 On my reading up of the concept behind Fuath, I learned that Andy was heavily influenced for this work by artists such as Paysage d’Hiver and Vemod. Those familiar with those bands will know what they’re most famous for, that being their conceptual and thematic musical representations of winter, coldness, isolation, and endless frozen landscapes.

I mentioned earlier that the name “hatred” struck me as interesting, but I suppose I’d say it’s more so just a bit odd. The reasoning for that is that, if Paysage d’Hiver is biting Alpine winds shrieking down, piercing your flesh with a million needles and Vemod is the shimmering northern lights and gleaming stars reflecting on the almost alien realms of the uninhabited northern permafrost, Fuath seems downright romantic in comparison. There seems to be a great love for the beauty and majesty of winter that pervades every second of this album.

Perhaps that’s the thought behind that hatred, though. To love winter, that isolation and loneliness and the stillness of the land while the great swathes of humanity hide and shiver and moan about it? Well, needless to say, that takes a mind that enjoys that absence of humanity, thrives in it, even.

More than anything, this is an album to listen to when you want to drift ever further away from your kin, the pressures of daily life, the drama and stress that socializing with other people brings. To simply admire the eternal truth and ageless nature of the season, and find that calm, that stillness, that isolation within yourself during the one time of the year when many of us can actually do so.

I have no complaints about, and no regrets for, this work. Andy has conjured a wonderful winter black metal album, one that will no doubt be replayed many times over the next months and then again every winter henceforth, much as I do the works he was influenced by for this project. So yes, I’ll recommend you do yourself a favor if this type of music appeals to you and listen to this. Track this down, make use of it while the air is still bitter and frost still forms in the night. Leave everything behind, wander away from the warmth of your home and the love of your family and friends. Embrace cold, death, melancholy, and your own admiration for the virtues of these things.

And when the snows thaw and the pale sun begins to burn hot in the sky again, when joy and light and fellowship return as Spring and Summer come to us again, rest easy in knowing that, when inevitably the northern wind begins to once again blow strong across the world and you find yourself tired and worn down with dealing with your companionship to others, this album will still be there to act as part of your soundtrack to the occasion.