I’ve thoroughly enjoyed all of this Belgian band’s previous releases, and have managed to write about most of them (collected behind this link). And before I get to a brand new LVTHN song, I’ll mention that the band have recently made their 2014 compilation release The Grand Uncreation available for “name your price” download on Bandcamp (here).

As for the new song, “Ascension into the Palace of the Dark Gods”, it’s the first track stream from the band’s forthcoming debut album Eradication of Nescience, which features cover art by Business For Satan and is projected for release in June via Fallen Empire Records (LP) and Amor Fati (CD).

“Ascension” is a scorcher, a fusillade of torrential riffs, booming bass notes, and riveting drumwork, capped by acid vocal rage and surrounded by a melodic atmosphere of chilling eeriness. That aura of arcane, blood-freezing peril becomes even more ominous when the pacing slows, and the distorted guitar notes begin to peal like some dissonant funeral bell from the far reaches of Hades. 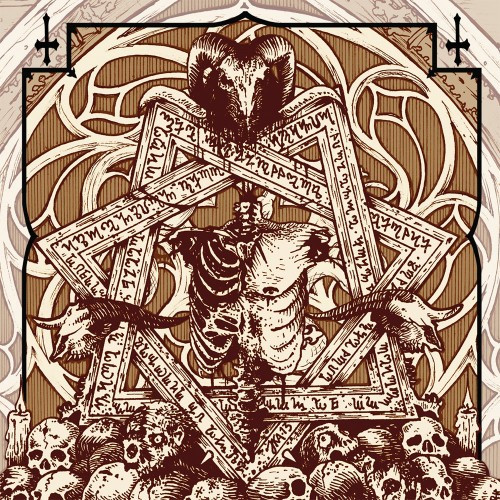 On Christmas Day last year the Russian label Satanath Records and the U.S. label Black Plague Records jointly released a split that I finally got around to hearing last week, and it’s superb.

The first two tracks were recorded by the Russian band Drama, which (according to Metal-Archives) split up last year after releasing two full-lengths and a few shorter releases. This split appears to be the band’s final release — and that’s a shame, because “Create Your Death” and “Gloria Mortis” are intricate, creative, and excellent offerings of progressive-minded black metal.

The former is a bleak, mid-paced rumble with melodies that are as enthralling as they are dissonant and hallucinatory. While the latter begins and ends in a gallop, it too lays its offerings on the altar of death not through frenzied tumult but mainly in a stately, occult processional; it’s massively heavy music, but the riffs and leads are mind-altering. And both songs feature transfixing vocal agonies.

In addition to the two songs by Drama, the split also includes a long song named “Cult of Kain” by Finland’s Perdition Winds. This split follows a self-titled EP in 2012 and a debut album in 2014 (Aura of Suffering).

Perdition Winds unleash a cyclone of whirring riffs and torrential beats and blasts, with bestial vocal tirades. They punctuate the maelstrom with some very catchy chords, thundering bass notes, and hard-rocking guitar leads — in other words, it’s good headbang fuel, as well as high-octane catharsis.

Because the song is a long one, you may expect some transitions along its course, and you won’t be disappointed. Announced by a grim bass solo, the music changes in the middle, sinking into a ghastly, doom-drenched crawl that radiates sensations of sinister, unearthly hauntings — which just paves the way for a finale that rocks hard, without casting off the music’s mantle of supernatural strangeness. 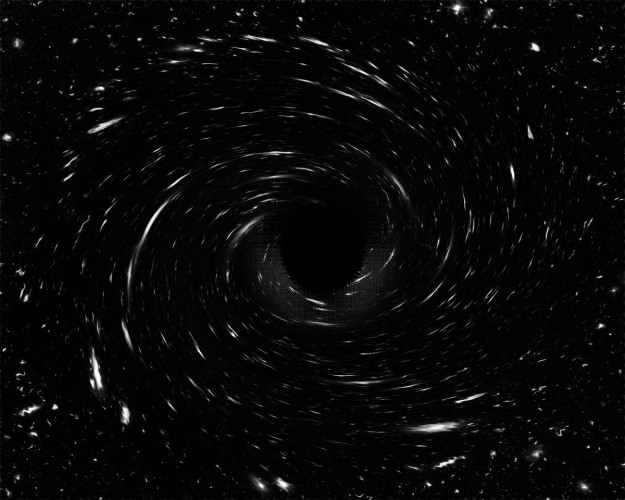 KevinP linked me to this next album, without comment, which usually means that he may or may not like the music but thinks that I will — and in this case I do.

Imperceptum is a one-man band from Bremen, Germany, and Collapse of Existence is the project’s debut album, released on January 29. It offers four long tracks, with a total length of roughly an hour.

Don’t go into these deep waters without staking out the time needed to sink all the way under. You needn’t clear your head of distractions before taking the plunge, because the music will do that for you. It truly does merit the adjective “immersive” — but it’s far from monotonous.

Sometimes Imperceptum takes you on slow, mystical excursions that are hypnotically beautiful. Sometimes the music crashes against you like a massive storm surge, with savage walls of howling sound. And sometimes, the music becomes sweepingly majestic, though always deeply somber in its mood. Not just the album as a whole, but each song, provides these kinds of contrasts.

When vocals appear, they are monstrously deep, utterly inhuman, and grotesquely ponderous. It’s an unsettling experience to hear them, especially when juxtaposed with the bleak, cosmic beauty of Imperceptum’s most spellbinding passages. 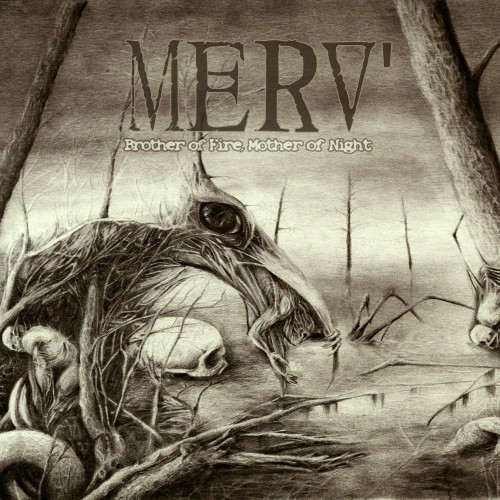 My friend BadWolf turned me on to this next song a few days ago while we were enjoying a few Sazeracs at the end of the work week. He compared the band to Kvelertak while adding a few other adjectives that I’ve forgotten, because… Sazeracs.

MERV’ are from Voronezh, Russia, and this single from November 2015 seems to be their first release. The name of the song is “Brother of Fire, Mother of Night“. It’s about fighting without fear even when hope is gone and death awaits.

The song is full of solid-gold, super-catchy riffs and vocals that are searing in their throat-bursting passion — and the closing solo will put a smile on the sourest of faces. Get ready to rock out… and don’t blame me if you can’t get the song out of your head. 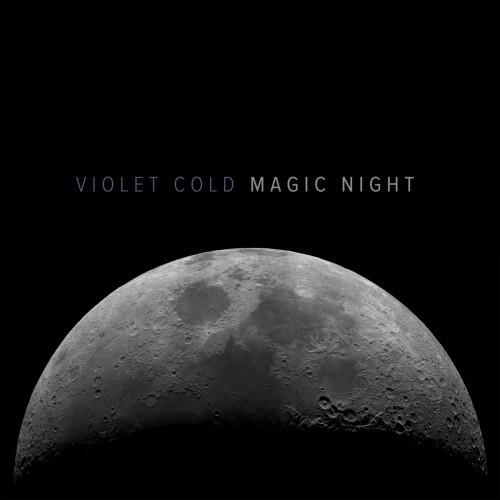 I have my Serbian source of obscure music “M” to thank for these next songs. They appear on an album named Magic Night released this month via Bandcamp, and they’re the product of a prolific one-man band from Baku, Azerbaijan, named Violet Cold.

The music is simply gorgeous, a bereft and mystical melding of atmospheric black metal and shoegaze, in which the piano plays almost as prominent a role as the synths and the traditional metal instruments. The music is long, slow, drifting, dreamlike, and gleaming like a slab of alabaster in the moonlight.

I have very little else to tell you about this album. I think you’ll know by the time you reach the end of the first track whether it strikes a chord, but if it does, you’ll be heartened to know that each song offers pearls of its own within the band’s consistent framework. 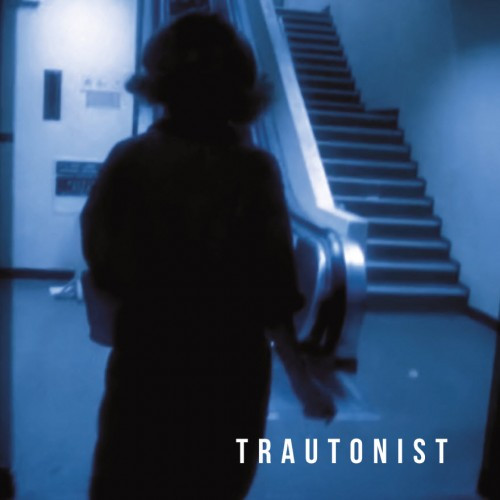 I decided that, having already moved us into blackened shoegaze territory with that Violet Cold material, we might as well just stay there a bit longer. And so to close this installment of Shades of Black I have a song (and video) by Trautonist, a duo (Dennis and Katharina) who hail from the western part of Germany. “Distance” will appear on the band’s forthcoming self-titled album, to be released in the April/May timeframe by Wolves and Vibrancy Records.

The label describes the music with references to such bands as Ghostbath, early Lantlôs, early Alcest, Amesoeurs, and Whirr — and the album was in fact mastered by Markus Siegenhort from Lantlôs.

Those references make some sense. “Distance” flows like a slow, sinuous stream under cloudy skies. You float with a soft breeze on your neck, falling into a meditative trance — though the scratch in the guitars and the male vocalist’s abrading shrieks keep an edge under the throat. His voice, by the way, is joined by the beautiful ghostly voice of the band’s other member before the song ends.

Though the music isn’t nearly as extreme as what I usually write about, the song has seduced me. 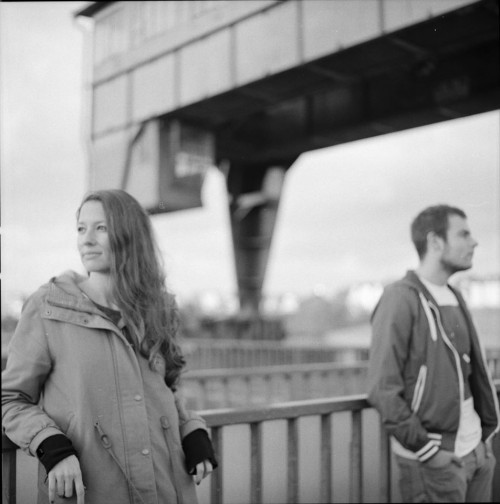 The visuals, which really do fit the music, are extracts from a short, surrealistic experimental film named Meshes of the Afternoon, made in 1943 by the husband-and-wife team of Maya Deren and Alexander Hammid. I hadn’t heard of the film before, but The Font of All Human Knowledge tells us that in 1990 it “was selected for preservation in the United States National Film Registry by the Library of Congress as being ‘culturally, historically, or aesthetically significant'”, and that in 2015 the BBC named it the 40th greatest American movie ever made.

The album will become available for pre-order in March.