Profan is one of those albums that was home to several candidates for this list. The one I picked — “Daimon” — happens to be the basis for the band’s first-ever music video, which was one of my favorites from last year. And that, along with the gloomy, ominous, arcane majesty of “Daimon”, probably had something to do with my selection of the song.

P.S. We also congratulate Kampfar on winning the Norwegian Grammy award (the Spellemann) last night for the Best Metal Album of 2015 (beating out Enslaved, Leprous, and Tsjuder). 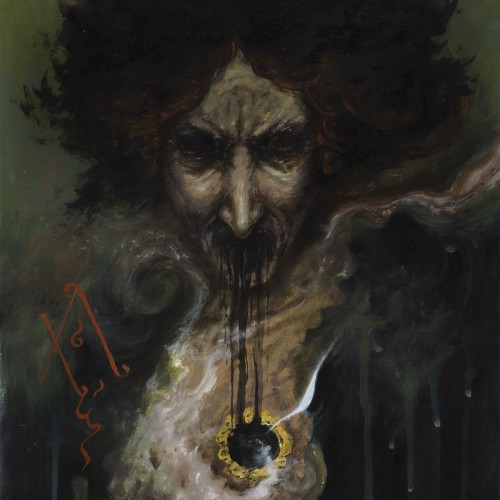 We spilled a lot of ink last year writing about The Dreaming I, the second album from Nightbringer’s Naas Alcameth in his guise as Akhlys, and we weren’t alone. The album was so widely respected and praised and made so many appearances on year-end lists that it would have seemed odd to ignore the album in compiling this infectious song compendium.

On the other hand, great metal isn’t always infectious metal, and infectiousness is the one quality that’s supposed to define this list. Yet I do believe that in addition to being a great song, “The Dreaming Eye” is so memorable that it deserves that adjective. It’s also one of the rare tracks on this list that exceeds 10 minutes in length — it’s a challenge to make a long song an infectious one, yet Akhlys overcomes that challenge, too.

I like to think that we had something to do with launching the word-of-mouth campaign about this band and their 2015 album Litourgiya. The record came out of nowhere near the very end of the year, recorded by a Polish band whose members were anonymous. Thanks to tips from Facebook friends on the other side of the world, I discovered the album within a day of its release and then posted a review a couple of days later. As I explained then, it had very quickly become one of my favorite releases of the year.

For those who may still be unfamiliar with the album, here’s an excerpt from my scribblings:

“The music is dark, heaving, and very heavy — with bombastic outbreaks of wildfire and thunder — and the bleak, majestic melodies are effective at getting under the skin. But what sets the music apart and makes the album especially memorable are the vocals. In addition to the incinerating shrieks that you might expect in a black metal album, you’ll hear reverberating liturgical chants in what I’m told is Church Slavonic — the language used in the Orthodox Church in such places as Poland, Russia, and Ukraine, as well as nations in the Balkan Peninsula.”

This whole album really is a gem, and I still really have a hard time picking a favorite. But, if only by a hair’s breadth, I think the third track is the most infectious and probably best deserves to be on this list: 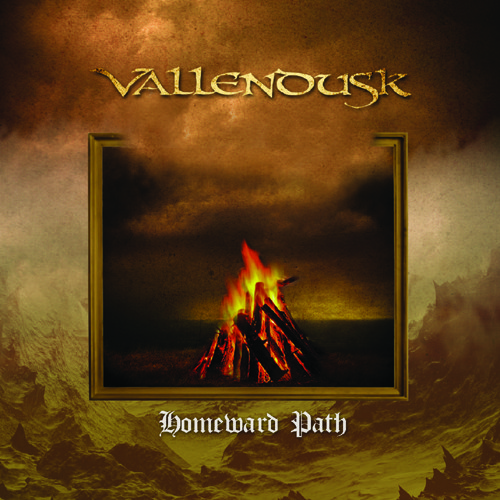 I came across this next song in May of last year. I don’t remember how I found it, and I was unfamiliar with the band at that time — a group named Vallendusk from Jakarta, Indonesia. The song’s name is “Ring of Fire” and it was an advance track from Vallendusk’s second album, Homeward Path, which was released by Northern Silence Productions in June. I wrote about the song right away:

“Atmospherically, [the song] is bleak, dark, and intense, with crystal clarity in the production, and although the song is powerfully heavy, a transfixing melody moves through the music in huge, shimmering, indigo waves.

“As you would expect from a song of this length, the rhythms change — there are heavy rock beats in it, along with thundering double-kicks and full-on blasting — but there is a unifying mood, one of piercing melancholy. The flesh-raking vocal extremity serves the dual purpose of both providing contrast to the sweeping, atmospheric melody and enhancing the emotional intensity of the song.

“One surprise comes near the end as quivering keyboard chords cut through the drenching downpour of heavy music, but it works very well, and as a prize at the finale you get a gorgeous lead guitar performance.”

Much later I discovered that the rest of Homeward Path is also very good, but this song is the one I’ve returned to most often. Like the Akhlys track above, it’s a song that I think deserves the “infectious” descriptor even though it tops the ten-minute mark.