Those who set their clocks by the appearance of our first morning posts are going to be late all day today, because we’re getting a late start on this Thursday. In fact, I’m still not finished with what I had planned for our first post. But to tide us over until I’m finished, I have something else of great interest to share:

The German band Mantar have completed a new album named Ode To the Flame that will be released by their new label Nuclear Blast on April 15. As you can see, they decided to go in a very simple direction with the cover art, especially by comparison with the eye-catching and indelibly memorable cover art for their debut album Death By Burning. They do have an explanation for that: 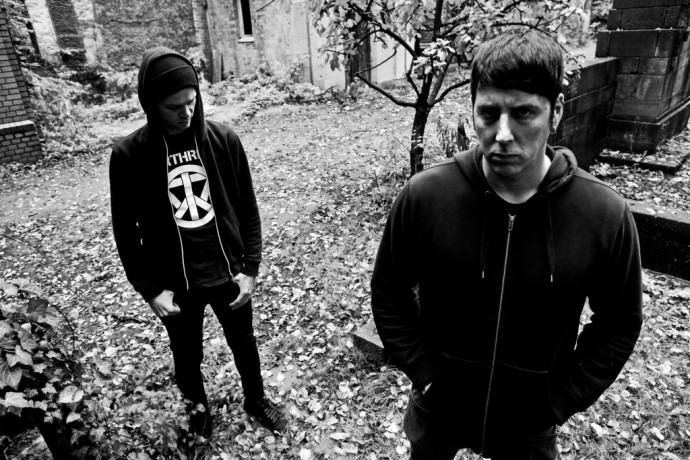 “We kinda liked the idea of boycotting the need of any so called ‘art’ which bands try to get people’s attention with. The theme of the record is so one-dimensional and obvious that we decided to skip artwork and just put the title on the record to make it look more like an old book. A manifest, a challenge. We don’t want people to speculate about any meaning. The meaning is clear: kill, destroy, fuck shit up.”

I liked the hell out of Death By Burning, and I was completely blown away by this duo’s live performance at last year’s Maryland Deathfest — one of the top performances of the fest in my opinion. I have high expectations for Ode To the Flame; you should, too.

One more thing: Today Nuclear Blast released two videos in connection with this album. The first is an in-studio video. The second is a teaser for a track called “Era Borealis”. Between the two, you get a few minutes of music from the album — which sound black, bruising, and back-breaking. Bring it on….

2 Responses to “MANTAR RETURNS WITH “ODE TO THE FLAME””