“Fall of the Weak” is the Wombbath track from Downfall Rising that I picked for this list. It’s old school Swedish death metal done right, a real bone-grinding crusher, but with little accents that really make it stick in the head, from the very cool intro to the high, trilling guitar melody that eventually surfaces and rides this thundering machine to the end.

P.S. Wombbath announced yesterday that Unholy Prophecies will be releasing a new 7″ split by Wombbath and Germany’s Revel In Flesh later this year. 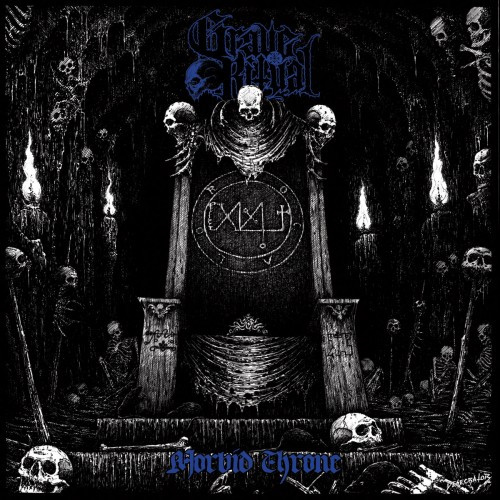 Originally from Montgomery, Alabama, and now residing in the Big Easy, Grave Ritual rapidly made a name for themselves, first with their 2009 demo and then even more dramatically with their 2010 debut album Euphoric Hymns From the Altar of Death. They proved their ability to inject remarkably vitality into a classic style of primal old-school death metal that many might have thought had run its course.

It was a long wait, but last fall Dark Descent released the band’s second album, Morbid Throne. We premiered one of the song’s from the album (“Tyrant’s Hammer”) that I also considered for this list, but the one I picked is “Adversary Crown“.

It’s saturated with an aura of disease, doom, and decay, and the vocals are really gruesome, but it’s the song’s driving bass and drum rhythm and hammering riffs that hooked me from the start.

Avulsed’s roots go back in time as far as Wombbath’s, but this Spanish band have been consistently releasing music for nearly a quarter-century, with a core line-up that hasn’t changed much.

In 2015 they released an EPs named Altar of Disembowelment via frontman Dave Rotten’s Xtreem Music label, and it includes five songs, one of which is a cover of Black Sabbath’s “Neon Knights”. The song I picked from the EP for this list is a monster named “To Sacrifice and Devour”. When I first heard it, I scribbled these words:

“There’s so much to like about this song, if you’re a fan of death metal: That completely morbid chainsaw guitar tone; those abysmal, cavernous roars and hair-raising howls; the absolutely massive riff thuggery; the delicious melodic guitar leads (which plant the song firmly in your head, if all the brute-force chugging weren’t enough); the gut-rumbling bass line; the steamrolling drum attack. It’s a doomy, decimating song that’s heavier than granite but electrifying at the same time — and tremendously infectious.” 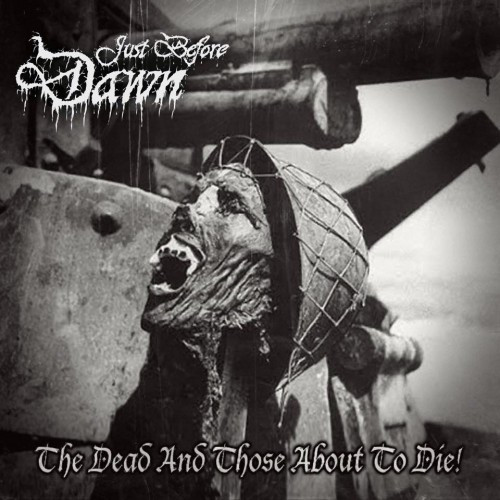 Yesterday I added a song to the list which first appeared in 2014, and now I’m adding one from an EP that some people may think was released in 2016 (including KevinP, who named it as one of the Top 5 releases in January). I may have bent the rules yesterday, but in this case I don’t think I did.

The song comes from an EP named The Dead and Those About To Die by Sweden’s Just Before Dawn, who will be well known to our readers given how often I’ve written about the band. Although Chaos Records is releasing on CD in the near future, it was originally released last November on cassette tape by the Polish label Till You Fuckin Bleed, so I think the song qualifies as a 2015 release.

The whole EP is killer, but the song I think is the most infectious is “Into the Iron Mist”. It gets your head moving almost instantaneously, but in terms of immediate appeal, that rushing freight train of a main riff is matched by the slow, sinuous, soulful lead guitar melody that trades places with it. And the vocals are completely unhinged.