Today will be the end for my list of 2015’s Most Infectious Extreme Metal Songs. I really do need to bring the series to an end, but I’ve found it so difficult to let go of the thing that I’ve prepared two installments for today. There are three new songs for the list in this post, and the next and final one includes four tracks.

The three songs collected here are oddities, none of them appealing to standardized tastes and none of them wedded to linear or predictable structures or even single recognizable genre styles. To varying degrees, you could even say they’re disorienting, but they’re highly creative and to my fractured mind they’re also awfully damned infectious.

I discovered the existence of the Czech band Death Karma on a May day in 2013 at the same time as I learned about Cult of Fire (and described the experience in this post). The two are linked because Death Karma is composed of Infernal Vlad and Tom Coroner, who are also two of Cult of Fire’s three members.

Last year Death Karma followed up their 2013 debut EP with a fascinating album, The History of Death & Burial Rituals Part I. It’s one of many excellent 2015 albums we failed to review, but not for lack of admiration for the music it delivered. It is the first in a series of records by the band that musically explores the funeral rituals and perceptions of death in different cultures and countries around the world.

According to the band, the album’s opening track, “Slovakia – Journey of the Soul“, is thematically based on “ancient burial customs of superstitious and deeply religious villagers”, which “still exist in certain areas till today”. The song is full of surprises, and because you might not have heard it, I think I’ll just let you discover them for yourself:

Luonnon Harmonia Ja Vihreä Liekki is the name of the second album in the brief career of Finland’s Abyssion, a group whose line-up is reported to include members of Dark Buddha Rising and Oranssi Pazuzu, which should give you a hint that Abyssion’s music is… unorthodox.

It’s yet another album from which I’ve selected songs for this list that we didn’t review. I actually discovered it very late in the year, which is probably a big reason why it’s still on my mind. I’m not sure how much staying power the album will have over more extended stretches of time, but “Kosmoksesta tuli hautani” is one of the tracks I’m pretty sure I’ll revisit going forward, not only because it’s an interesting trip but also because it has turned out to be catchy as well. 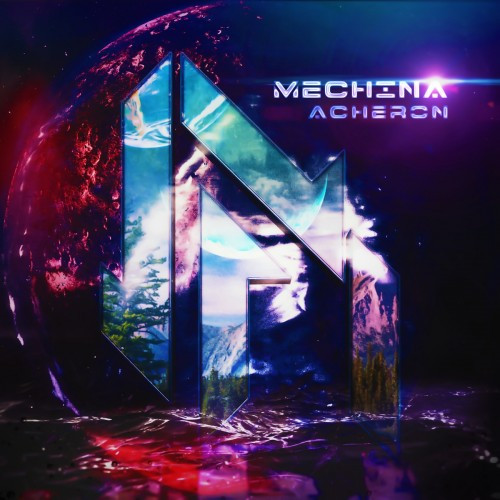 Around these parts DGR has been a one-man cheering section for Chicago’s Mechina, who have a habit of releasing their albums on the first day of each new year, which makes 2015’s Acheron more than a year old as I write this.

I have a habit of not spending a lot of time (or sometimes any time) with albums that another NCS writer has covered. I guess it’s a reflection of the strategy of “division of labor” — if I know someone else is reviewing an album for our site, I tend to check that off the list and devote my time to other things.  And so in the case of Mechina, knowing that DGR would be all over Acheron like flies to honey, I let it go by without exploring it, even after reading his enthusiastic review.

What finally brought me back to the album at the end of the year was DGR’s suggestion that a song called “On the Wings of Nefeli” be considered for this list — and it turns out that I really love this song. It’s a multifaceted and thoroughly electrifying track with multiple changing sections. And it’s damned infectious, too.