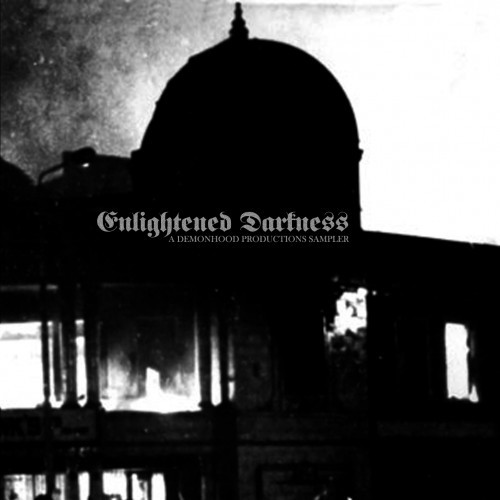 Last year Cult of Fire released their debut album Triumvirát through Demonhood; one of the tracks from that album is what’s included in this comp. However, Cult of Fire are now signed to the German label Iron Bonehead for release of their next album (which should be coming in 2013). This morning I saw that Iron Bonehead has started selling a Cult of Fire shirt called “Insane Dance of Kali”, and it’s so eye-catching that I promptly ordered it (here). This is what the shirt looks like (it comes in black and white): 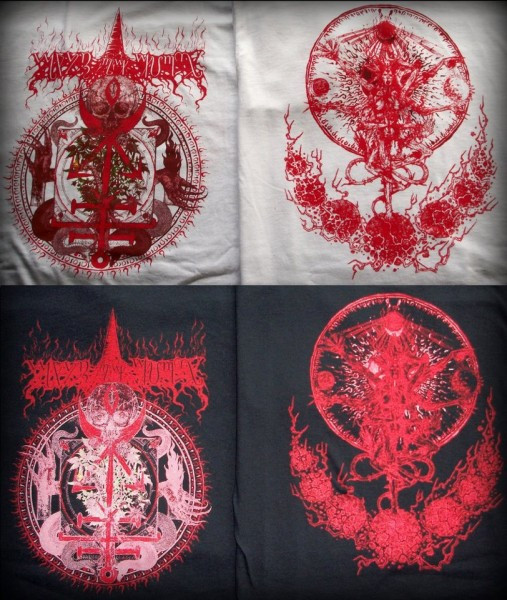 There’s a better image of the design in this photo: 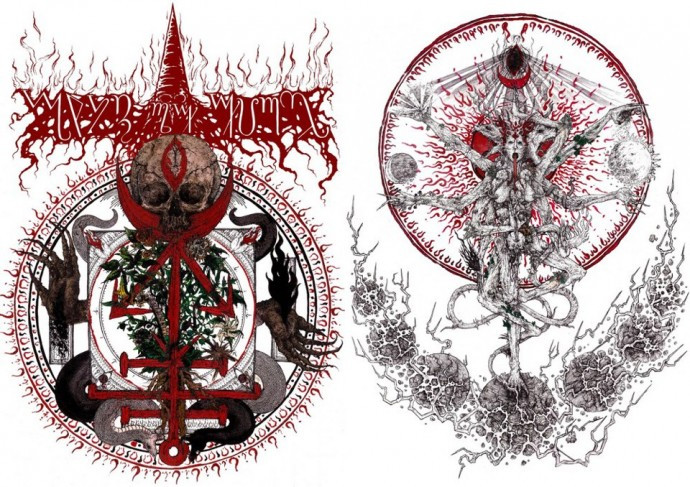 Having impulsively ordered the shirt, I thought maybe I ought to find out whether I liked Cult of Fire’s music (yes, “ass-backwards” is one of my middle names). So, I found Cult of Fire’s Facebook page (here), and that’s how I found out about Demonhood Productions and the free comp that’s the main subject of this post, and that’s how I found some Cult of Fire music, which I do indeed like. I believe this is called “web surfing”.

But my web surfing didn’t stop there. On Cult of Fire’s Facebook page, I also discovered that CoF members Infernal Vlad and Tom Coroner are collaborating on a side project named Death Karma. Death Karma have recorded an EP that will be released by Iron Bonehead on 12″ vinyl, and they’ve started streaming one of the tracks from that EP, “Dark Omens”. Before getting to that song, here’s the cover for the MLP (which is awesome): 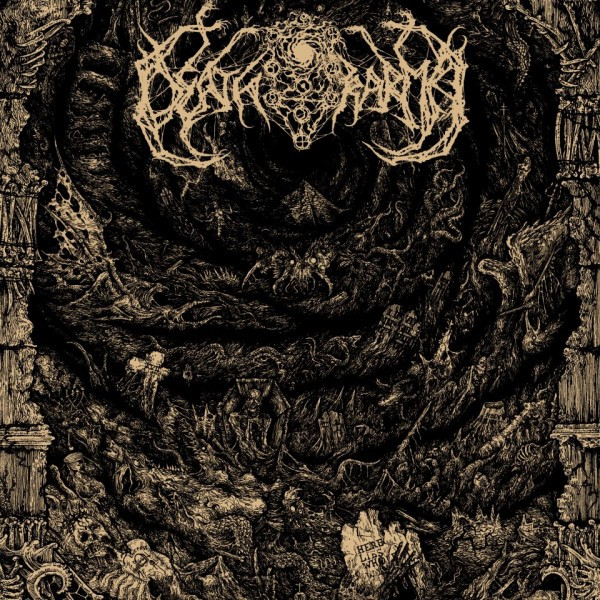 As for “Dark Omens”, it’s a fast-paced battle tank of blackened death metal that includes both clean singing as well as nasty growls. Cool song.

Okay, let’s get back to where we started. To stream and download the free Demonhood comp, use this link (and you can learned more about Demonhood here):

Below, I’m going to embed a few of the tracks from the comb by the bands I know, plus the Death Karma song, plus the full stream of the comp. This is all very good shit and I hope you’ll give it a listen.