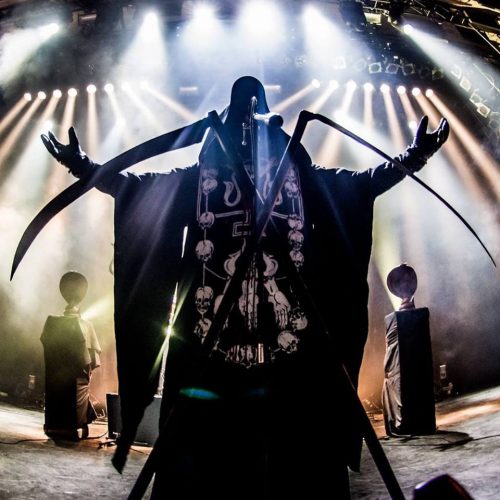 (This is Andy Synn‘s review of the new double-album by the one-of-a-kind Czech band Cult of Fire, which has been released today.)

Czech Black Metal collective Cult of Fire have never been ones to follow the stereotypical path.

Whereas much, if not most, Black Metal styles itself as adversarial – not surprising considering the genre’s rebellious roots – Cult of Fire have always seem less concerned with pushing back against the outside world and more focussed on exploring their own inner world, taking instead their inspiration from Buddhist teachings and Vedic mysticism.

In their own way, of course, this makes them just as iconoclastic as the most rabidly anti-Christian of tremolo-abusers, except that instead of seeking to define themselves by what they’re against, Cult of Fire seek only to define (or redefine) who they are, their true spiritual selves.

Perhaps it shouldn’t be surprising then that the band’s latest musical exploration (released digitally today, with a physical release following next month) comprises a double-disc duology of scorching sounds and meditative moodscapes, as we all know that the search for wisdom is both endless and eternal, and knows no bounds. END_OF_DOCUMENT_TOKEN_TO_BE_REPLACED

Two things: First, for those of you who make it a point to come here on Sundays for a SHADES OF BLACK feature, I do plan to have one ready a bit later, though I’ve had a devil of a time trying to cut it down to a manageable size. I still have quite a lot to write too, and I’m planning to get together with some cronies to watch the Seahawks football game this morning, so things could go sideways.

Second, I waded through an extravagant number of recently released songs yesterday, planning on a SEEN AND HEARD round-up. And that’s really what this is, but the different post title I picked hints at the reason why I decided to combine the music of these five bands — because all the music, in different ways, struck me as exotic. And I do have to emphasize that they struck me that way because I’m listening with Western, and in particular, homegrown American, ears.

The first selection is a cover of a song by Kaláka, an old Hungarian folk band who turned 50 this year. The mastermind of Thy Catafalque, Tamás Kátai, explained that this band “have been one of my main inspirations since my childhood and this song is particularly close to me.” The song, “Embersólyom“, is presented through a beautiful video filmed in the Bükk Mountains of northern Hungary. END_OF_DOCUMENT_TOKEN_TO_BE_REPLACED

To say that we’ve been eagerly anticipating the new album from Norway’s Khonsu would be an understatement. Earlier this year, our man Andy Synn named it as one of his five most anticipated albums of this year, largely on the strength of the band’s 2012 debut album Anomalia, which he called “without doubt one of the strongest and most creative debut albums in living metal memory”. And now, finally, we have more details about the album along with a video trailer for it. END_OF_DOCUMENT_TOKEN_TO_BE_REPLACED

The Finnish black metal band Aegrus recently revealed the details for their upcoming release. The EP, entitled Conjuring the Old Echoes, will be unearthed some time this summer via Hammer of Hate Records. Below is the track list for the release. END_OF_DOCUMENT_TOKEN_TO_BE_REPLACED

I originally discovered this two-man Slovenian band in the middle of last month — and that really was an example of the original “Eye-Catchers” experiment. Their second album, Descend… Into Nothingness, features cover art by our beloved Paolo Girardi, and that’s what induced me to explore the music. Having done that (and written about the first advance track from the album here), I immediately became a fan. And so when I learned that Dalkhu released another new song yesterday, I felt confident it was going to be another good one — and so it is. END_OF_DOCUMENT_TOKEN_TO_BE_REPLACED 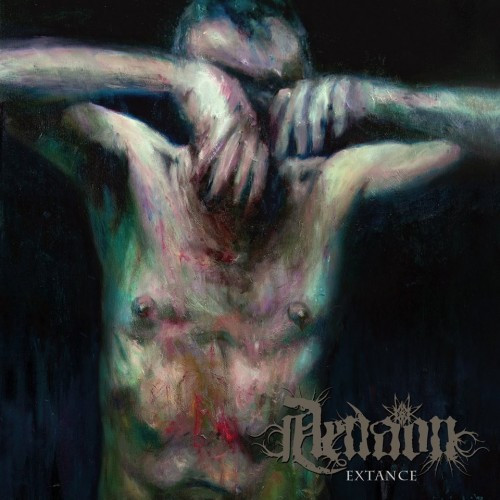 Welcome to Part 6 of our list of 2014′s Most Infectious Extreme Metal Songs. For more details about what this list is all about and how it was compiled, read the introductory post via this link. For the other songs we’ve previously named to the list, go here.

Despite the fact that Aenaon’s latest album Extance was released almost 12 months ago, and despite the fact that it was recommended in two different posts at our site, by Austin Weber (here) and KevinP (here), I still didn’t get around to exploring its wonders until this month — and only then after it appeared on no fewer than four different year-end lists published at our site, as well as a bunch of reader lists (collected here). One of our year-end contributors (deckard cain) also nominated one of the album’s songs for this “most infectious” list, and today I’m enthusiastically agreeing. END_OF_DOCUMENT_TOKEN_TO_BE_REPLACED

Bedřich Smetana was a Czech composer who pioneered the development of a musical style which became closely identified with his country’s aspirations to independent statehood. He is thus widely regarded in his homeland as the father of Czech music. Internationally he is best known for his opera The Bartered Bride; for the symphonic cycle Má vlast (“My Homeland”), which portrays the history, legends and landscape of the composer’s native land; and for his First String Quartet, From My Life.

“My Fatherland” is described as a cycle of six symphonic poems. Interestingly, according to the article quoted above, it was composed after illness had rendered Smetana completely deaf in both ears. The second part of the cycle is entitled “Vltava” and it was finished in late 1874. As the article explains, it was named for, and inspired by, “the river that runs through Prague towards its junction with the Elbe [and] is Smetana’s best-known and most internationally popular orchestral composition”.

And why, you may ask, am I writing about Smetana and “Vltava“? Because the Czech black metal band Cult of Fire have recorded a two-song EP dedicated to the composer and will be releasing it on 7″ vinyl through Iron Bonehead Productions on the 140th anniversary of Smetana’s completion of “Vltava“: December 8, 2014. This is the band’s fourth studio release overall, and thus it’s entitled Čtvrtá Symfonie Ohně (The Fourth Symphony of Fire), with cover art created by David Glomba. END_OF_DOCUMENT_TOKEN_TO_BE_REPLACED

The best comment on the YouTube clip was this one: “New video from Saruman and his band directly from Isengard!” Visual resemblances aside, there’s something about the music that inspires such thoughts as well. It’s catchy-as-hell melodic death metal that bears resemblances to Amon Amarth, but with flavors of folk and power metal in the mix. Here’s the video: END_OF_DOCUMENT_TOKEN_TO_BE_REPLACED

The song wastes no time unleashing a torrent of blasting drums and rippling tremolo runs that carry a seductive melody behind gargantuan vocal proclamations. An aura of infernal darkness radiates from the music in waves, but man, it’s also highly infectious. You’ll need to go HERE to listen. Blood of Kingu have a Facebook page at this location. END_OF_DOCUMENT_TOKEN_TO_BE_REPLACED 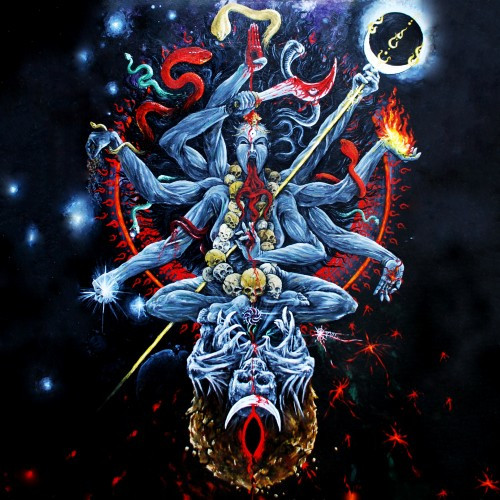 Consider the idea of a Czech black metal band creating an album in homage to the Goddess Kali, the Aghoris, and Hindu funeral rites. With the album and song titles in Hindi. And they perform in embroidered robes and a striking array of strange hoods. Who wouldn’t be at least a little curious about the music? I certainly was.

मृत्यु का तापसी अनुध्यान (“Ascetic Meditation of Death”) is Cult of Fire’s second album, and is due for release on November 30 on the German label Iron Bonehead Productions. From the opening moments of the first track, it’s apparent that the band set their sights on creating something more complex and more artistically ambitious than a straightforward black metal blitzkrieg.

The music is in constant motion, transitioning between moods of light and dark, alternating the pace between hard-driving rhythms and stately progressions, crossing boundaries between incendiary assaults and gorgeous panoramas that more closely resemble post-rock than black metal. The melodies range from the bleak and heart-broken to the shimmering and soaring, but the overall atmosphere is one of epic grandeur, dramatic and impassioned. END_OF_DOCUMENT_TOKEN_TO_BE_REPLACED