To say that we’ve been eagerly anticipating the new album from Norway’s Khonsu would be an understatement. Earlier this year, our man Andy Synn named it as one of his five most anticipated albums of this year, largely on the strength of the band’s 2012 debut album Anomalia, which he called “without doubt one of the strongest and most creative debut albums in living metal memory”. And now, finally, we have more details about the album along with a video trailer for it.

I also happen to be a big fan of Anomalia — as well as the band’s 2014 EP Traveler (which I wrote about on four different occasions that year) — and no doubt would have been spreading the word about this new record even if the video trailer hadn’t featured a quote from Andy’s review of Anomalia right at the start. On the other hand, that was undeniably an exciting surprise.

The new album is named The Xun Protectorate and it will be released on November 18 via Jhator Recordings and Plastic Head Distribution. For this new album, Khonsu consists of two members — the band’s masked mastermind and alter ego S. Gronbech and Norwegian vocalist T’ol (Chthon, Killing For Company), and it also includes guest appearances by Rune Folgerø of Manes and Atrox on clean vocals and Arnt “Obsidian C.” Gronbech of Keep of Kalessin, who provides guitar solos on several tracks.

The Xun Protectorate is described as “a concept album about mysterious occurrences on a space station, or cosmic city, in orbit around the sun several centuries into the future”. S. Gronbech further made this statement about the album:

“Expect a monumental record that will challenge even the most open minded listeners. It should be enjoyed without prejudice and mental limitations, and it’s an hour-long journey of dark, strange, and desolate atmospheres where you never will be able to predict what’s coming next”.

The album’s artwork (at the top of this post) was created by Adrien Bousson. Enjoy the video teaser below.

The Spanish band Noctem is one to which we’ve devoted significant attention over the years, and now we’ll be doing it again because their new album Haeresis is set for release on September 30 by Prosthetic Records (in NorthAm, the UK, and the EU) and Art Gate Records (in Spain). It features the distinctive artwork of Seth Siro Anton (Septicflesh) and is described as a conceptualization of “the dark history associated with” the band’s home country.

In recent days we got a taste of the album through the debut of an advance track named “Through The Black Temples of Disaster”. Prepare yourself for a blazing fast conflagration of seething riffs, furiously blasting percussion, and bestial vocal rage and venom, augmented by sinister, unearthly melody. It’s an adrenaline-triggering amalgam of black and death metal, and a fine herald for this new album.

There are ten tracks on the album, and it can be pre-ordered via the links below: 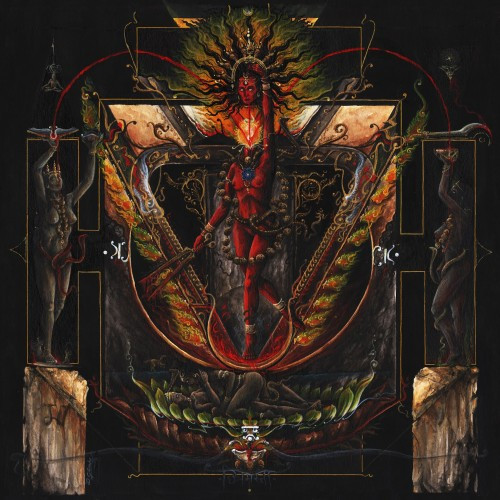 The Czech band Cult of Fire is yet another consistent favorite of mine, and they have recorded a new EP named Life, Sex & Death. It will initially be made available on CD and LP in September at Prague Death Mass III, and then become available more widely at some later point through Beyond Eyes and Triangulum Ignis. As you can see, it features jaw-dropping cover art by Dávid Glomba (and the final version of the cover will also include a new band logo also created by Glomba).

In addition to these details, yesterday also brought the premiere of that third song on the EP, “Death”. It makes the hairs stand up on my arms and neck, moving from eerie, unsettling, dissonant savagery to passages of shining, shimmering, sweeping grandeur. Remarkable music, but I’ve come to expect nothing less from this band. 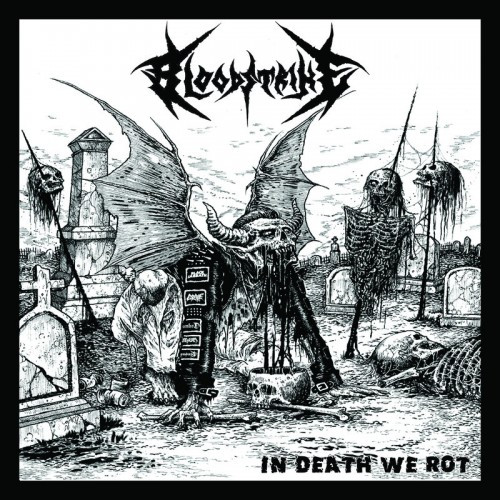 Last September I had the pleasure of premiering a full album stream for In Death We Rot, the debut album by Colorado’s Bloodstrike. To quote myself (because if I don’t, who will?), “it is nothing but Grade A nourishment for the death-worshipping souls of people like me, and all other fans of early ’90s death metal who haven’t convinced themselves that the only albums worth listening to were released 20 years ago”. More words:

“It’s called DEATH metal for a reason. You need the stench of decay in your nostrils, the feel of congealing gore up to your elbows, and the breath of risen corpses on your neck. If your mind doesn’t feel like it’s been converted into a maggot hatchery when you listen to music in this vein, then something critical is missing. Nothing’s missing on In Death We Rot.”

I have an excuse to revisit In Death We Rot because last week the band released a music video for the song “Bells of Death”. Now, in addition to shots of the band performing the video also includes scenes that require a bit of explanation. It concerns two British serial killers, Fred And Rosemary West. According to this synopsis:

“Fred and Rosemary West terrorized Herefordshire, a historic English county in the West Midlands, for 20 years, by luring young girls back to their house where they kept them bound in the cellar. As a couple, they claimed ten victims including two members of their own family. There, they raped and tortured them until they grew bored with their victims, who were then killed and their dismembered body parts buried at or near the house where the West’s lived at the time.”

What a lovely pair. And what a lovely connection to the lethal Bloodstrike track in this video. 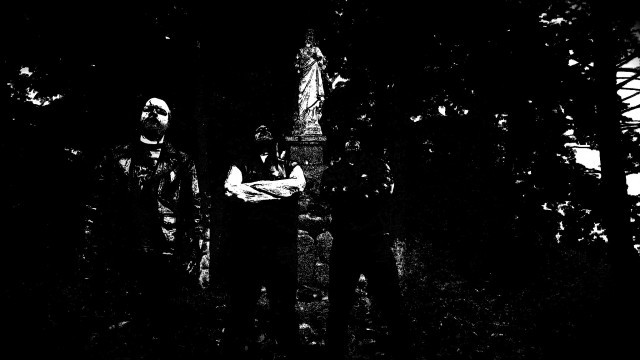 To conclude this round-up, I have a song by a Polish death metal band who are new to me — but have wasted no time in making an explosive impression. The name of the band is Kingdom, and their forthcoming third album Sepulchral Psalms from the Abyss of Torment will be released later this year by Godz Ov War Productions.

The first advance track from the album, “Black Rain Upon the Mountain of Doom”, is absolutely riveting. The drumming alone may leave your skull in a fractured state composed of loosely connected fragments. And the deep, drilling riffs are the kind that feel like a smoking bone saw at work on the rest of the listener’s skeletal structure, while the superheated soloing goes off like an acetylene torch between the eyes.

Seriously, there are some truly massive grooves in this turbocharged song, along with eye-opening instrumental acrobatics and feral vocal ferocity. I want more!