The best comment on the YouTube clip was this one: “New video from Saruman and his band directly from Isengard!” Visual resemblances aside, there’s something about the music that inspires such thoughts as well. It’s catchy-as-hell melodic death metal that bears resemblances to Amon Amarth, but with flavors of folk and power metal in the mix. Here’s the video:

I first wrote about this band almost exactly one year ago, after being pointed in their direction by my NCS comrade DGR. Its membership consists of Jonny Pettersson from SYN:DROM, Christian Netzell of IN MOURNING and VOLTURYON, Rickard Persson from SOREPTION, and Fredrik Ringstrom. A year ago, it appeared they had finished recording a debut album that would be released by ViciSolum Records, and as proof we had a YouTube clip containing a rough-mix medley of excerpts from the album.

Well, last month the band finally announced that the album has been finished, and its name is Låt oss förbrinna. In addition, thanks to tips from both DGR and Professor D. Grover the XIIIth, I discovered that Vholdghast have now unveiled the title track — and it’s a majestic beast, a hybrid spawn of melodic death metal and black metal with titanic riffs, an earth-shaking rhythm section, a ravenous vocalist, and big barbed melodic hooks that are hard to dislodge. Very nice.

This next item is simply an announcement of a new EP, but a most welcome one — because Cult of Fire rules. It came yesterday from Germany’s Iron Bonehead Productions, and I’ll just quote it here:

“CULT OF FIRE’s 4th studio release entitled “Čtvrtá Symfonie Ohně” (The Fourth Symphony of Fire) was originally planned to be released after Triumvirát, but since the fascination with India was so strong, everything else was put aside. This EP is dedicated to the amazing composer Bedřich Smetana and two beautiful rivers – the Czech Vltava and Slovak Váh. This fourth symphony will be released through Iron Bonehead Prod. as a 7“ picture EP & black vinyl 7″ EP on the 8th of Dec., 2014 – marking the 140th anniversary of Smetana finishing his composition “Vltava“. Artwork designed by David Glomba.” 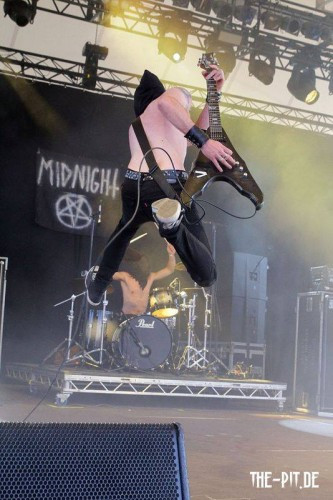 Okay, it’s time to rock the fuck out. Here’s a new video of Ohio’s Midnight performing “You Can’t Stop Steel”, live at the Dirty Dog Bar in Austin, Texas, on August 30. It was filmed by NeightMedia.

Great picture quality, great sound, great band. I mean, no shit, this is a fuckin’ blast. Wish I’d been there. 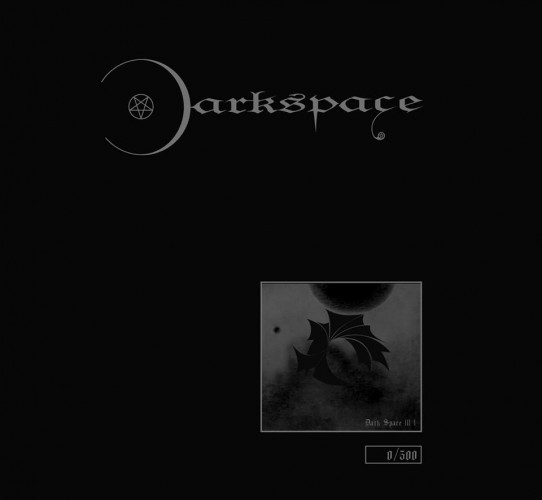 Finally, I come to Darkspace. As best I can recall, I don’t think I knew of this Swiss band until yesterday, when a strong recommendation from a Facebook friend sent me to a teaser reel of new music that seems to be drawn from a forthcoming fourth album, Dark Space III I, due for release on September 6.

The music collected in the teaser is really attractive — dark, melodic, and atmospheric black metal that moves from the rampaging to the cosmic to the industrially pneumatic (and there’s a bit of keyboard electronica in the middle of the clip that’s both surprising and very cool). Prepare to bang your fuckin’ head.