The Finnish black metal band Aegrus recently revealed the details for their upcoming release. The EP, entitled Conjuring the Old Echoes, will be unearthed some time this summer via Hammer of Hate Records. Below is the track list for the release. 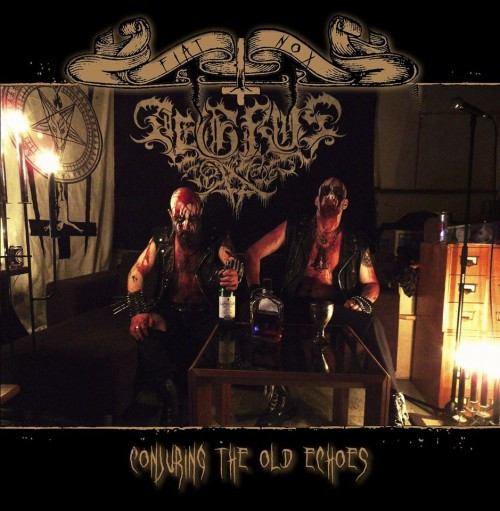 Aegrus released their first full-length last year thrugh Drakkar Productions, after having released a few demos and an EP. The full-length album made it to the (in)famous SurgicalBrute’s list of favorite albums of 2015 – a good reason why you should keep your eyes (and ears!) open for this next EP.

Staying true to their schedule of only releasing their albums in years divisible by four, Behexen’s fifth full-length, entitled The Poisonous Path will soon be upon us. In a previous post, Islander premiered the album details along with the first advance track, entitled “Chalice of the Abyssal Water”. A few days ago, another track from the upcoming album was made available for streaming.

The new track, entitled “Umbra Luciferi”, is a fierce, thundering incantation that will make your body quake and set your mind aflame. Below you can find both “Umbra Luciferi” and “Chalice of the Abyssal Water” embedded for your auditory delectation.

Prepare for blackness. Behexen is imminent.

If you’ve been following this blog for a while, you’re probably familiar with Islander’s enthusiastic ramblings about the Czech black metal band Cult of Fire. And if you’ve heard the music, you know why! I have no new music from Cult of Fire for you at this moment, but I bring tidings that the wait might soon be over.

A recent Facebook statement announced that the recording, mixing, and mastering of the upcoming EP is now complete. The track list and running time were also revealed, and are listed below. The spectacular album art was revealed last August, and here you can see what Islander had to say about it. No release date has been announced as of yet, but seeing as the recording, mixing, and mastering are now complete, I’m guessing the release isn’t far away. 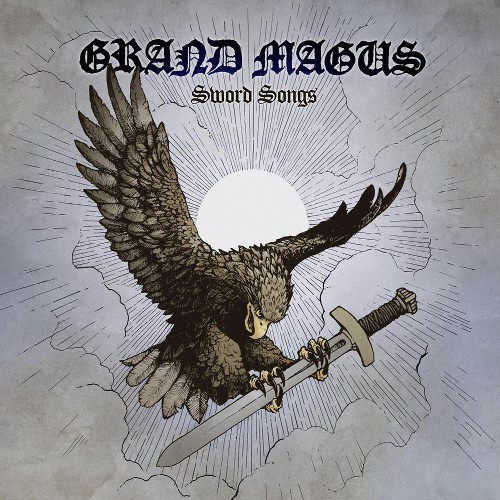 This next band has rarely been mentioned on the blog, perhaps because it’s less extreme than what’s usually featured here. But although it’s an exception to the rule of “no clean singing”, I still feel it’s worth mentioning that the Swedish metallers of Grand Magus have just released their eighth full-length.

Grand Magus started out as a doom metal band, but their music has shifted towards heavy metal on the later albums. Their new album, entitled Sword Songs, is no exception. The album is (probably) available on most pay-per-month streaming services, but sadly not on Bandcamp. Two of the songs from the album have been made available on YouTube, however.

The two songs, bearing the titles “Forged in Iron – Crowned in Steel” and “Varangian”, have been embedded below; the rest you will have to find on your own. (And if you haven’t heard their two first albums, make sure you check out those while you’re at it.) 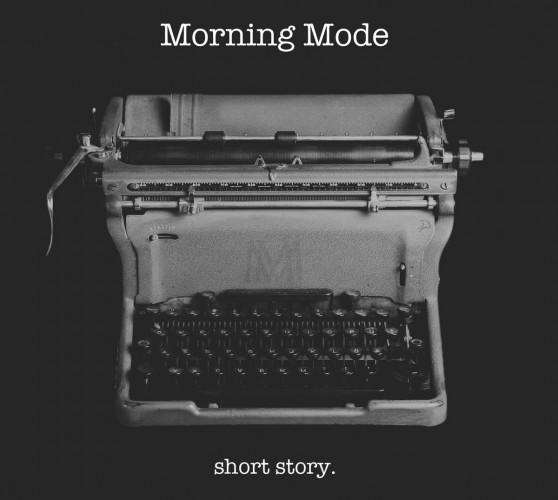 I previously wrote about Morning Mode’s debut EP last year, after I first learned about the band from a video Islander posted in June 2014. This German post-rock band plays post-rock of the highest caliber, and in March this year they released their sophomore EP, entitled Short Story. If you enjoy post-rock as much as I do, this is not something you would want to miss. Check out the EP below! (And head over to Bandcamp while you’re at it. The EP is available for download at a price of your choosing.) 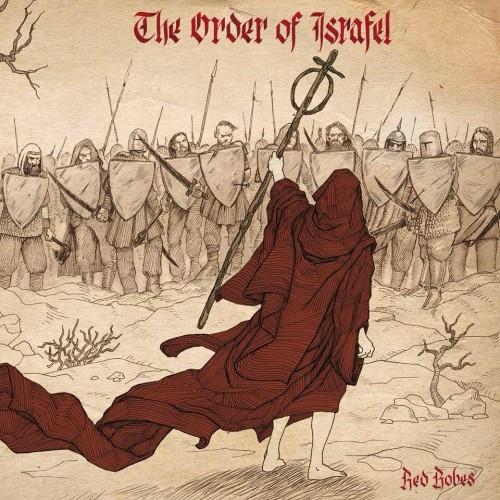 In a previous post, Islander wrote about a new music video from the (primarily) Swedish doom metallers in The Order of Israfel. A second song, entitled “Swords to the Sky”, has since been published, and it is no less worth the listen. Check out the new song in the (lyric) video below. If you missed the previous song (and video), entitled “Von Sturmer”, I’ve made sure to include that one too.

The Order of Israfel’s upcoming album, Red Robes, will be released on May 27 – the same release date as Behexen’s new album. Prepare for ecstasy. 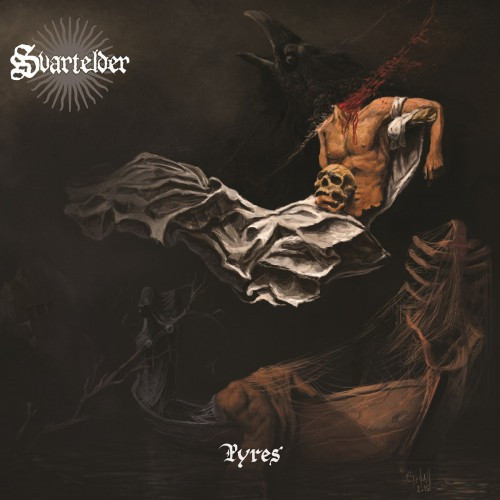 In August last year, Islander wrote about the debut EP from the Norwegian black metal band Svartelder. The band was formed in 2005, but lay dormant for ten years before releasing any music. This year, on June 1st, the band is releasing their first full-length, entitled Pyres, through the label Dusktone. Very recently, the opening track, bearing the title “Guds helvete” (which translates to “God’s Hell”), was made available for streaming. The song is tenebrous and beguiling, with croaking, yowling vocals, reminiscent of a Lovecraftian horror. Click the triangle below to witness the perversity. 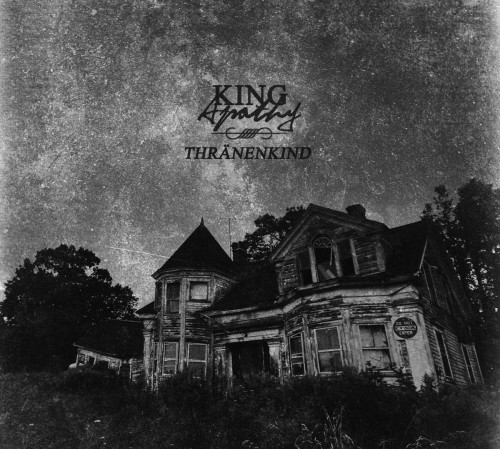 Now for some anarchistic, green-minded, anti-fascist, drugfree, vegan, straight-edge post metal – at least that’s how the German band Thränenkind describe their music. But despite my love for meat and distaste for politics, I still enjoy the music enough to include it in this roundup. (As a matter of fact, I don’t even have a straight-edge razor!)

Because the band have already used a good portion of the dictionary to describe their music, I won’t add more words to the mix. Instead, check out the band’s new album, entitled King Apathy (released on May 13), in the embedded Bandcamp player below. (If more words is what you want, however, I leave you with Islander’s expressions from July 2014.) 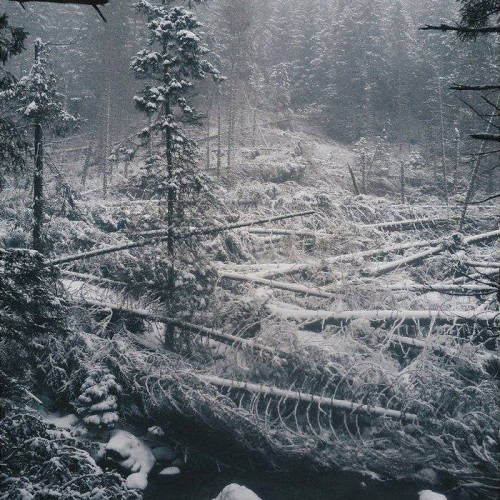 Last December, Islander wrote about a new discovery from Iceland, namely a black metal by the name of Toska. Below is an excerpt of what he had to say about the band’s debut EP.

These days, all I have to see is “black metal from Iceland” and I’m compelled to check it out. And yes, Toska is from Iceland, with a self-titled debut album (or EP, depending on your time-length criteria) that was released via Bandcamp on December 4 (“name your price”). But Toska isn’t much like other Icelandic metal bands who are killing it these days (e.g., Sinmara, Misþyrming, Svartidauði).

Toska (whose members or member I know nothing about) is certainly capable of launching blast-fueled strafing runs – there’s plenty of that on this album (most of the music hurtles along like a Formula One car). Toska is also capable of varying the rhythms and crafting gripping vibratory melodies while issuing lacerating vocal savagery reminiscent of a demon tyrant I met in a dream after drinking way too much.

I just learned that this previously digital EP has just been released on CD by Eihwaz Recordings. As a consequence, the band’s previous name-your-price stream on Bandcamp has been taken down. If you haven’t heard teh EP, or simply don’t remember, you can head over to Invisible Oranges and stream the album on SoundCloud instead.