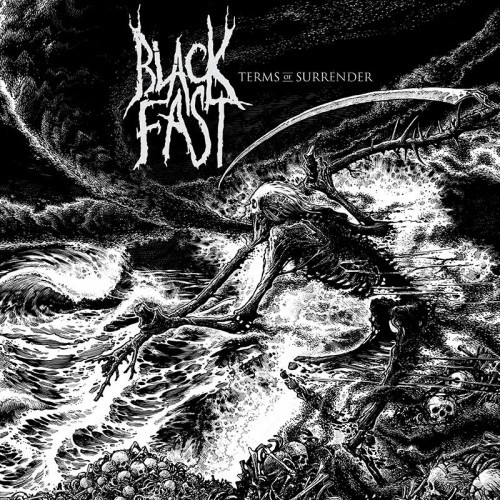 I seem to have the attention span of  a fruit fly. I was working on a “Seen and Heard” round-up of newly discovered music and decided to pause and take a quick spin through the NCS in-box. There I discovered a new video and more new songs, prolonged my break long enough to give them a quick listen — and then a longer listen — and then it occurred to me I could package them together under a clever post title. Sometimes having a short attention span is not all bad.

The bands are Black Fast, Casket Raider, and Casket Robbery.

This first song isn’t new, but it happens to be one I’ve liked a lot since I first heard it last year, and this time it’s packaged in the form of a new lyric video. 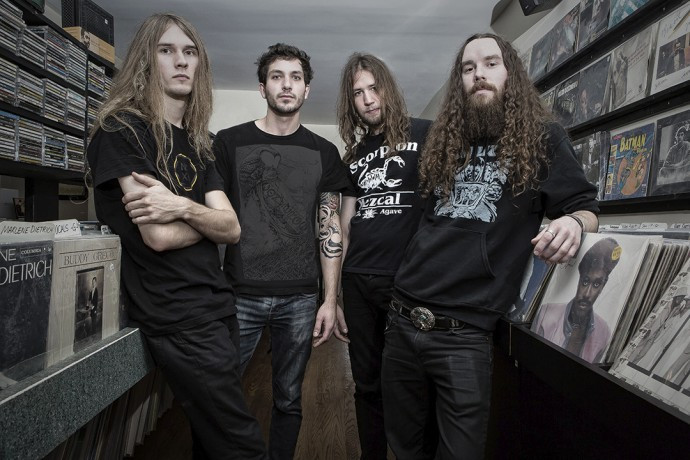 The song is “The Fall”, and it’s included in the 2015 album Terms of Surrender by St. Louis’ Black Fast. It begins like a slow, gut-rumbling ballad, and then the turbochargers kick in and the song jets away, with fiery guitar solos streaming in its wake and enough acid in the vocals to etch glass. On top of the excellent music, the lyric video (directed by Chad Ice) makes good use of the fine album cover by Coby Ellison.

In other Black Fast news, they’ve got February and March tours scheduled with Rivers of Nihil, Dark Sermon, and Black Crown Initiate. Ticket purchasing links for the tours are HERE. 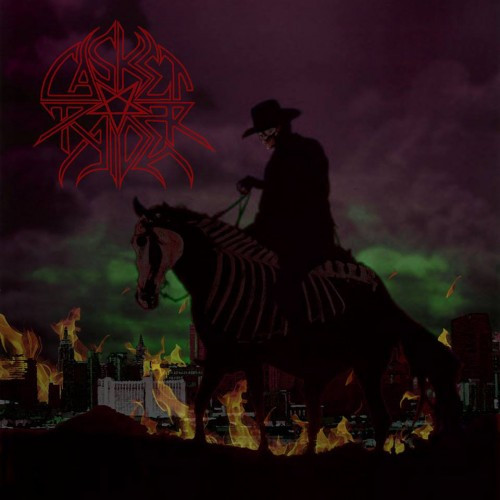 Casket Raider are based in Las Vegas and recently released a new EP named Casket Raider II. In addition to spotting their e-mail in our in-box, I also later saw a recommendation for them on Facebook by my friend BadWolf.

In the main (but not exclusively), the EP is devoted to racing blackened thrash with a dose of punk fury, propelled by furious riffing, stomach-churning bass, and maniacal, machine-gun drumming, with plenty of eye-watering shred in the solo department and plenty of demonic possession in the vocals. The production coats the music with just enough grime and grit to give it a raw sound, but not so much that it obscures what’s happening.

While the music rides an adrenaline wave most of the time, it also stands out because of the band’s well-placed shifting of gears — such as a mid-paced, gloomy melody in the middle of “Ripped To Shreds”, a sludgy, staggering, doomy break in “Coven Ritual”, and an entrancing melody in the finale of “Enmity” that’s accompanied by a prominent bass performance.

The EP concludes with the longest and most nuanced track, “Hypothermia”, and it too makes good use of dirge-like pacing and plague-infected melody at the outset before beginning to rumble and roll, accented by some grim, clean vocals and thick, bone-grinding riffs that should get your head moving. The song also includes an appealing, trilling melody — and of course some ripping and tearing, too.

Casket Raider tell us that they’re writing material for a full-length album and plan to release a demo this spring that showcases four of the new songs. They will be worth hearing. 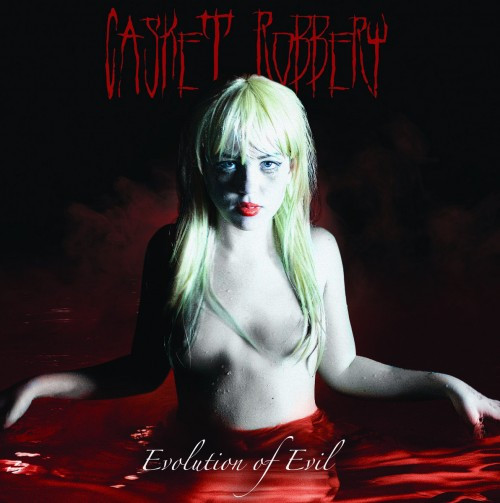 Madison, Wisconsin, is home to the death metal band Casket Robbery, whose debut album Evolution of Evil will be released on March 4 by Mortal Music. What I saw in our in-box was the announcement of a new song premiere at Brave Words. I’m glad I stopped to check it out.

“Pray For Death” is packed with jolting grooves, weaponized drumming, bleak melodies, and face-shredding vocals, and it includes a notable guest appearance by former Warbringer guitarist John Laux. This is head-ramming, head-bobbing, adrenaline-triggering metal that should get you interested in the rest of Evolution of Evil.

The album is available for pre-order through Bandcamp.