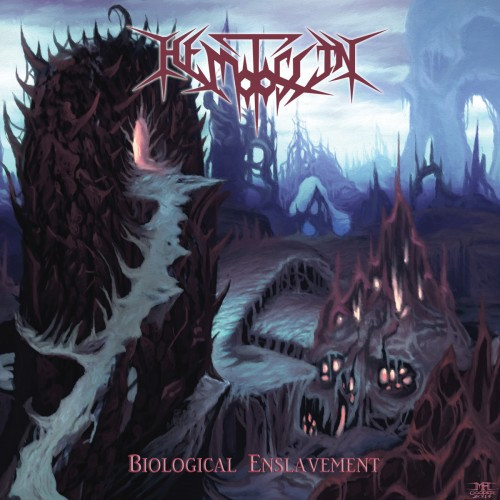 (In this post Allen Griffin provides brief reviews of a pair of forthcoming albums.)

If Ripper’s fantastic new album Experiment of Existence (reviewed here) wasn’t proof enough, Unspeakable Axe is releasing two more records that show they have somehow tapped a special vein of Old School Death and Thrash Metal, all of which seem to mine Science Fictional lyrical themes. To a certain degree, naysayers may try to argue that these bands bring nothing new to the table, yet if hindsight is truly 20/20, these hybridizations of Metal’s past are certainly able to produce excellent material that stands on its own in this current musical climate.

First up is California-based unit Hemotoxin and their second full-length release Biological Enslavement. Much like the aforementioned Ripper, Hemotoxin draw much of their influence from the era when Thrash was transitioning into Death Metal, but also add their own highly technical spin to their material. But where Ripper look toward groups such as Kreator and Merciless, Hemotoxin seem to be a bit more rooted in Bay Area classics, but are well-indebted to early Death Metal as well.

In fact, Death, who seem to be popping up everywhere recently as an influence, certainly is an important presence in Hemotoxin’s pantheon. But acts such as Atheist and Pestilence are most likely represented as well, along with more current acts such as Obscura. The emphasis here is definitely on the excellent guitar pyrotechnics. Thrashing riffs and scorching solos abound, and one might find the same sort of technical pleasures here as on Megadeth’s classic Peace Sells… but Who’s Buying.

Biological Enslavement is due for release on April 15. 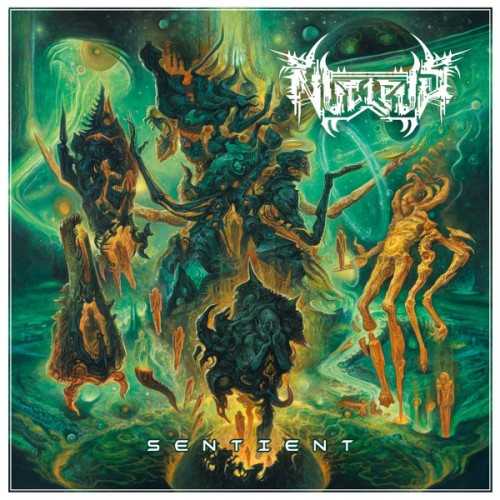 Next up are Chicagoans Nucleus and their forthcoming release Sentient. Unlike the aforementioned Ripper and Hemotoxin, Nucleus is much more-firmly rooted in Death Metal’s strange and exhilarating tape-trading heyday. The most obvious point of reference here is the legendary Demilich, but Nucleus excel at all things brutal and guttural.

But once again, there is definitely a Sci-Fi vibe present and that is represented musically by the strange twists and turns in the songs themselves. Much like Demilich, or others such as Timeghoul, Disharmonic Orchestra, or early Atheist, riffs appear and disappear from out of nowhere, tempos shift back and forth unexpectedly, and compacted atonal melodies sneak in, all leaving the listener disoriented. And while there is definitely a technical element to the music, Nucleus bring the sort of bottom-heavy brutality that Old School Death Metal fans crave.

All in all, the twenty-first century has so far been good to fans of Old School Metal. With Death Metal and Thrash revivals having been in full-swing for awhile now, we are seeing these movements expand away from the most obvious touchstones of the genres, such as Exodus and Autopsy, and instead drawing influence from a wider variety of their forbearers. And not only that, but these groups are able to synthesize these older influences with more recent musical developments in order to come up with fantastic and unpredictable albums.

Unspeakable Axe Records seems to be one of the leaders in discovering this new talent and bringing groups such as Hemotoxin and Nucleus to the Metal masses. For those who love this kind of stuff, each upcoming release from the label should become highly anticipated.

Sentient is scheduled for release on April 15.

One Response to “HEMOTOXIN (“BIOLOGICAL ENSLAVEMENT”) AND NUCLEUS (“SENTIENT”)”