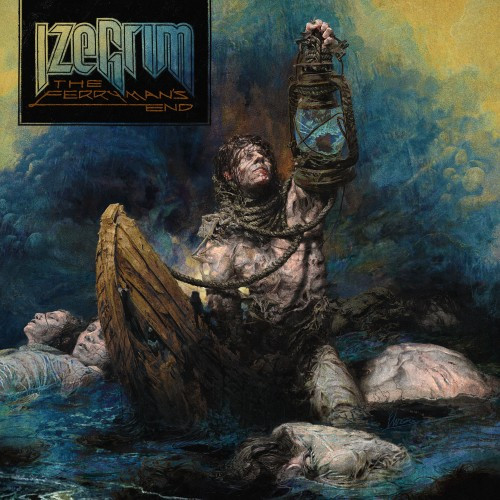 When I come across an album that’s adorned by an Eliran Kantor painting, that’s a very good sign. It tends to signify attention to detail and pride in craftsmanship, not only in the packaging but usually in the music. Of course, it’s no guarantee of metal quality, but in the case of Izegrim‘s new album The Ferryman’s End, the audio and the visual art are a fine match.

The new album, which is Izegrim‘s fifth, is due for release on April 15 by Listenable Records, and today we bring you a new song to sample — a track called “Reclaim My Identity”. 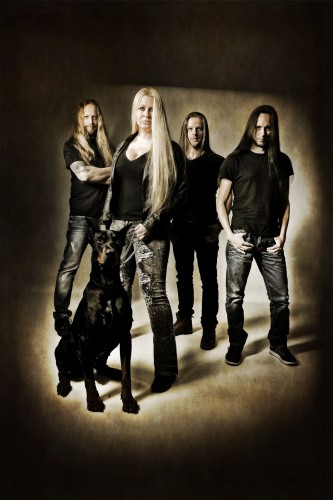 The new album tells a twisted story, the lyrics written from the first-person perspective of an insane killer awaiting execution on death row (the opening track “White Walls” is fittingly named). As the album progresses, so does the listener’s journey down into the demented mind of the protagonist, with death arriving at the end — except in one final act of terror, the condemned woman kills the Ferryman, “leaving all souls of his victims to dwell forever…”

“Reclaim My Identity” comes at the album’s mid-point — and it sounds like a collision among Kreator, Carcass, and Behemoth. Structured around the interplay of riffs that alternately jab in rapid-fire succession, swarm like a hornet’s nest, and groan in ominous threat, the song has an atmosphere of brutish savagery.

Frontwoman Marloes Voskuil’s caustic, blackened shrieking captures the deranged ferocity of the song’s protagonist, while the music’s massive low-end punch gives it spine-shaking force. But it happens to be memorable as well as hugely menacing.

Look for The Ferryman’s End on April 15 via Listenable Records (pre-order HERE), and check out the lyric video for “White Walls” below, right after our premiere of “Reclaim My Identity”.

3 Responses to “AN NCS PREMIERE: IZEGRIM — “RECLAIM MY IDENTITY””