(KevinP introduces our premiere of the new album by Universe 217 from Greece — a well-earned exception to the “rule” in our site’s name.)

Today we have the honor and privilege to present to you the fourth full-length album from Greek doom masters, Universe217. Change is due on March 18, 2016 via Ván Records and is simply the best material of their career.

While I never subscribed to the theory that vocalist Tanya carried the band, I could understand the sentiment. She is in a class all her own, like a more dynamic and powerful metal version of Janis Joplin. But Change shows a band that is on equal ground; no longer does the music take a back seat to Tanya’s soaring, emotionally driven vocals. There’s a sonic immediacy to it, with a richer and fuller sound and with more textures — the instrumental music could easily stand on its own. 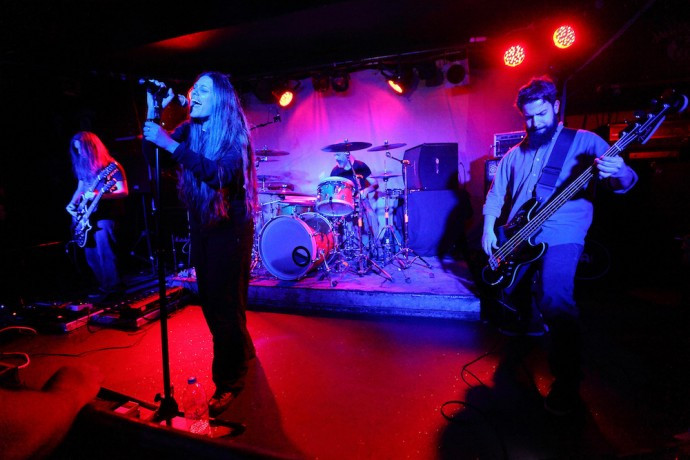 Change also shows a band growing together, keeping true to their established vision yet adding new ideas into the mix to keep it fresh and interesting. One thing they have maintained throughout each release is their magnificent use of restraint. According to the band this was not done deliberately, but simply occurred as part of the natural writing process. Songs never overstay their welcome, Tanya’s vocals are never overused. I’m always left wanting more, and that’s a wonderful thing.

Stay tuned in the coming weeks when we GET TO THE POINT with bassist Nicholas, to learn more about this album and the future of the band.

Change can be ordered via the Bandcamp link below.